We Win When We Are Genuine 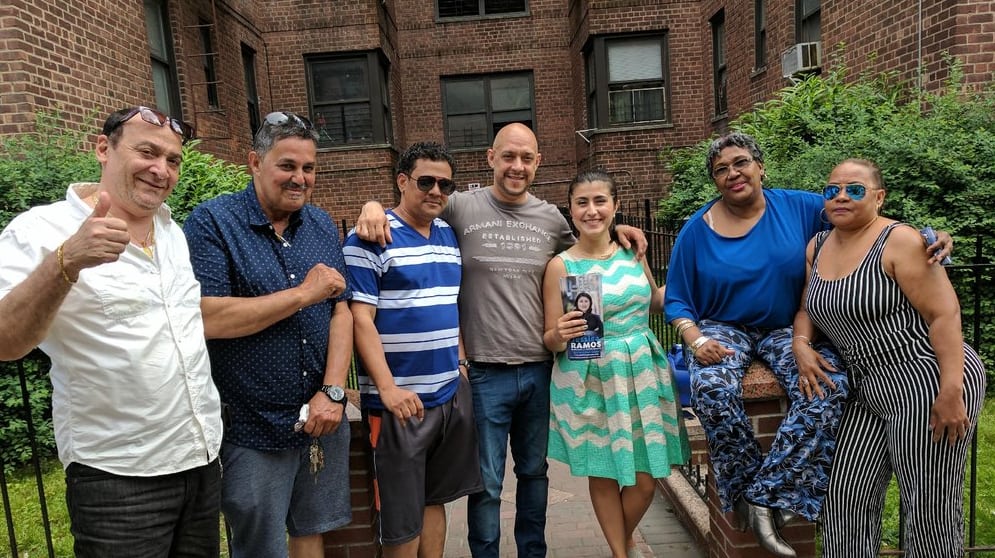 We all want a new President – but at People’s Action, we know it will take a lot more than one candidate at the top to turn this country around. That’s why we’re recruiting and training more than 500 grassroots community leaders to run for elected office at every level of government, who will co-govern to advance the values and goals in our People’s Platform.

State Senator Jessica Ramos (D-NY) is one of our champions. Born and raised in Queens, New York, the most diverse community in the United States, she was elected last November as a first-time candidate, endorsed by Citizen Action New York (CANY), a People' s Action member group. She now represents District 13, which includes her home neighborhood of  Jackson Heights, as well as Corona, East Elmhurst, Elmhurst, Astoria and Woodside.

Senator Ramos's victory was in one of the key races supported by CANY, VOCAL-NY and Community Voices Heard to undo the stranglehold long kept over New York's legislature by the Independent Democratic Conference, a group of turncoat lawmakers who caucused with Republicans to undermine Democratic proposals.

Having swept away the IDC, New York's legislature has now passed a raft of reforms, including laws to defend reproductive rights and criminal justice reforms. Senator Ramos now chairs the New York Senate's Labor Committee. She has held multiple roles in communications for New York City, and for labor at the AFSCME's District Council 37 and for the SEIU. She is the daughter of Colombian immigrants and lives in Jackson Heights with her two sons.

OurFuture’s Leigh Friedman caught up with Ramos to see how things are going. This is the second in a series of weekly spotlights at OurFuture about co-governing with elected officials. To read more about this work, click here.

Q: How did your first legislative session as a Senator go? Was the job what you thought it would be?

Having worked in city government and the labor movement previously, I had a very good idea of what the job entailed going in. My experience in the legislature this session was about really understanding internal processes, especially when it comes to passing legislation. I mean, that's what the first six months of being a State Senator are all about. You're getting your district office up and running, making sure you are reaching out to constituents, and are available to constituents as much as possible. There are a lot of different trains that you have to get running effectively at the same time. I think we did a great job, and I'm excited about the second session.

Q: What was on the top of the priority list this session?

The Democrats had not taken the State Senate majority in years, so the backlog of progressive legislation was vast. The first thing we did was voting reform. We passed the Reproductive Health Act, and we banned conversion therapy. As an overall body, I think we moved on the more pressing issues. Personally, as chair of the Senate Labor Committee, I made it a priority to pass the Farmworkers Fair Labor Practices Act.

Q: How have you involved community members and organizations in your work in the NY state legislature?

We looked to create and join coalitions to pass legislation. There are very important connections between elected officials and advocacy groups, if we're doing our jobs correctly: we can't create lasting change unless we're working together. I worked with a broad coalition to pass the Climate Leadership and Community Protection Act, and helped create a brand new coalition called Decrim NY to decriminalize sex work. Working with nonprofits and other advocacy groups was critical.

Q: What advice would you give to grassroots organizers about how to work with state legislatures to win on their issues?

Persistence is our number-one friend. Being strategic in our approaches as we advocate for causes is really, really important. You always want to make the elected official your ally, because what's important in the end is to get the votes you need to pass legislation that helps working-class people.

As an elected official, I always appreciate when advocacy groups come to me with data, especially data that pertains to my district. I think that it's also important to use real-life stories from people who have been hurt or otherwise impacted by the legislation you're advocating for or against. We win when we are genuine. That's how we know we're on the right side of history.

Q: What advice would you give to grassroots organizers who are considering running for an office like yours?

Ask yourself if can do it. You are making every single personal sacrifice if you're doing it right. You need to know that you can raise the grassroots money necessary to run a competitive race. You need to make sure that you have a coherent platform, and ensure you're the best possible communicator to your neighbors. That's ultimately what the job entails.

It's also important that you have real roots in your community. That you're running not because you think that your ideas are better than everyone else's, but because you already have the experience of talking to your neighbors and creating networks that serve the community better.