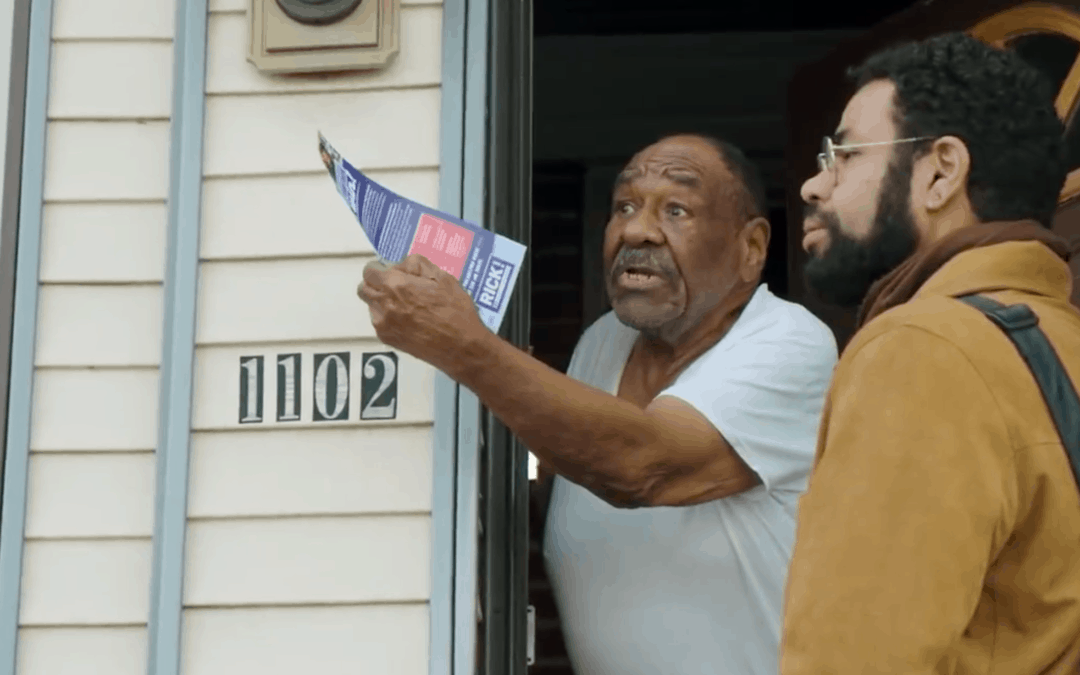 Philadelphia politics are being transformed: block by block, and door by door, upstart candidates for the multiracial working class are stepping up. The same grassroots organizers who helped elect a progressive champion as the city’s District Attorney in 2017 – Larry Krasner – and then Elizabeth Fiedler to the State House in 2018 and Kendra Brooks to City Council in 2019 - are back to win again.

This time, they are themselves standing as candidates for statewide office in Pennsylvania’s primary elections on Tuesday, June 2.  Nikil Saval and Rick Krajewski, longtime organizers with Reclaim Philadelphia, an affiliate of People’s Action, have now set their sights on creating a progressive bloc in Harrisburg. Saval is running for State Senate (First District, South Philadelphia), and Krajewski for the Pennsylvania House (188th District, West Philadelphia).

Once elected, they pledge to fight for a slate of progressive policies that include a $15 minimum wage, decarceration, a Green New Deal, robust funding for public schools, housing reforms and a continuum of care that includes medical treatment as well as child and elder services.

“We can do these things,” Saval tells me. “What we need is people in Harrisburg who have the vision to do them, and who aren’t in the pocket of commercial interests. Because as candidates, we’re accountable to different sets of people: social movements and our communities.”

Saval and Krajewski sat down with OurFuture to share some of their vision for how politics can be done differently in Pennsylvania: by and for the people.  - Tim Wilkins 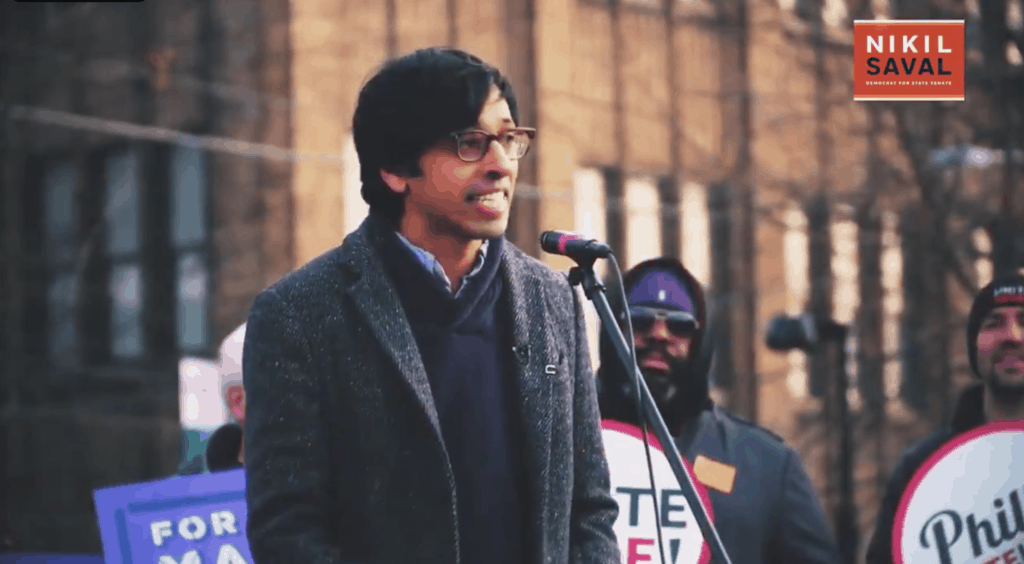 TW: What inspired you to run for office?

Saval: I was a lead volunteer in the Bernie Sanders campaign in 2016, and out of that cofounded Reclaim Philadelphia. We pushed to recruit and elect candidates who were movement candidates, and to put the temporary institutions of a campaign into a permanent or a longer-lasting organization.

I led a lot of those efforts in my neighborhood in Philly, Queen Village, and channeled the organizing that we’ve done, especially for DA Krasner, into local efforts to change the Democratic Party. Through that effort I was elected a Democratic Ward leader in Philadelphia two years ago. I was the first Asian American Democratic ward leader in Philly history, and I would be the first South Asian elected to state office in Pennsylvania history. 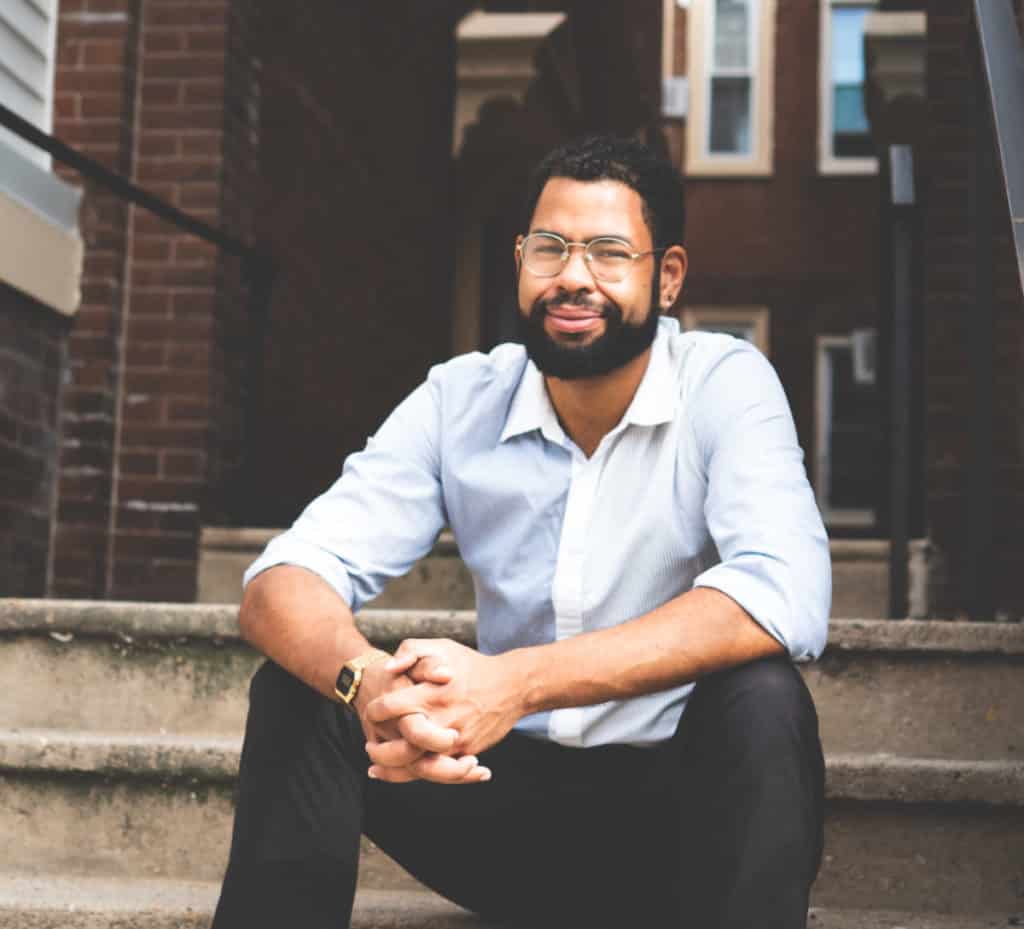 Krajewski: I worked on the election of Larry Krasner with Reclaim, then formed a coalition with 20 other community organizations to push for the criminal justice reforms he advocated. I started another coalition to get better judicial candidates elected, and I was also part of the movement to start participatory defense here in Philadelphia, which is a resource model that helps community members who are facing a criminal court trial.

So I've been a part of the movement here in Philly for the last several years, and I’ve seen us do a lot of really big, bold, and impressive things. But it's been clear to me that there's a disconnect between the wins we have here in Philly and the current power structure in Harrisburg. And it’s been clear that Harrisburg has so much power when it comes to the ultimate, long-term vision that we have, and the policies that we need.

TW: The Republicans’ efforts to gut Philadelphia’s public schools played an important role in inspiring both of you to become active in your communities.

Krajewski: In 2015, two years after I graduated from Penn, I started teaching computer programming as a volunteer to 5th and 6th graders at a public school in West Philly, the district where I’m now running as a candidate. I taught that program for six months until the school I was at became charterized, at which point the program was closed down. They really changed the whole heart and soul of that school when it became a charter school.

That, and the 2016 elections, really just caused a rapid politicization in me: seeing Donald Trump  and the rise of white nationalism on the right, but also Bernie Sanders and the emergence of real, multiracial working-class solidarity as well.

Saval: As soon as I moved to Philly, I started to volunteer for Unite Here, a union that represents workers in the school district. In 2013, they were closing schools  due to budget cuts from the Republican governor, and they laid off 1800 student safety staff. So we turned that fight into a fight about the state of our schools and social justice. That campaign culminated in workers going on hunger strike for two weeks outside Governor Corbett’s office.

It’s horrifying that anyone should have to go on hunger strike to draw attention to the state of our schools. But that brought national attention and we were able all of those jobs back. That taught me organizing works, and how you make clear the stakes of a fight to people. If you're willing to put your body on the line to win what you need, it’s personal.

TW: A lot of state legislatures are facing a budget crunch. Washington is leaving them on their own to shoulder the burdens from COVID-19, and that’s being used as an excuse to say progressive policies can’t be achieved. 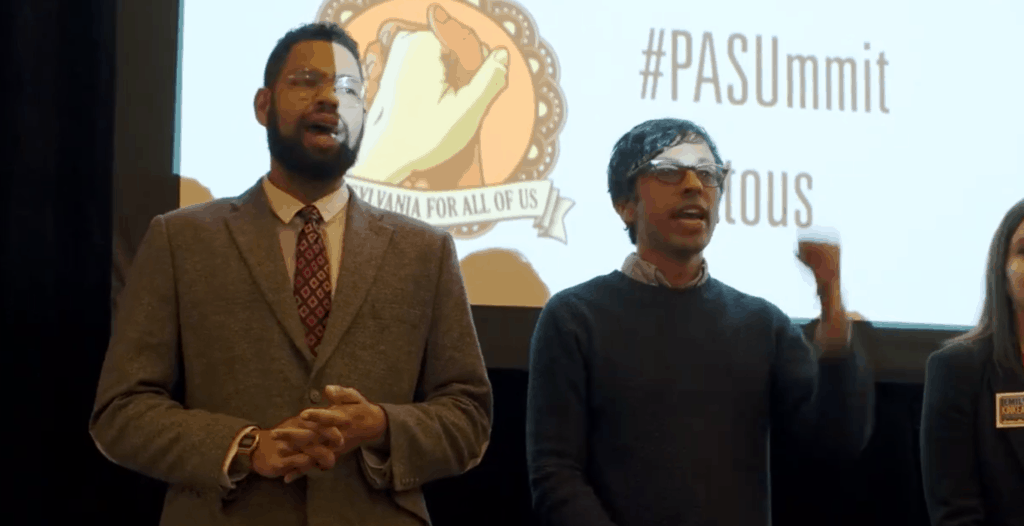 Saval: Because of COVID, really serving the people is more meaningful now than ever. Having an office that is as diverse and really is constantly in touch with the district it serves creates a model of a society that cares. That has become increasingly important for me, because we need to connect people to services because people need them. You can't possibly call someone to ask for their vote and not ask how they're doing - and then you find out, and you have to help. You have to act.

Krajewski: Philadelphia was already one of the poorest big cities in the country, and now we’re being told we have an economic crisis that’s going to cut cultural, arts, and public school funding. And yet we’re still funding the police.

Saval: I was born into a crisis – the Cold War, the rise of mass incarceration and since 2001, we’ve been involved in an endless war on terror. Then there’s the growing housing crisis, with fewer and fewer units every year, and more and more people displaced. These are all crises. But COVID is the first one we’ve started to treat like a crisis. And it turns out that you can actually do lots of the things we've been asking for decades: you can have a moratorium on evictions, you can stop utility shutoffs, you can even create a system of paid leave. It turns out that government can do the things we’ve been asking it to do - and these are the things I’ll be fighting for in Harrisburg.

TW: Finally, protests over police violence and the murders of unarmed Black citizens like George Floyd, Breonna Taylor and Ahmaud Arbery continue to rock the nation. What do you say to those who wonder why they should vote?

Saval: One of the ways to increase turnout is to increase the choices, so people feel they have real alternatives. The importance is that now we have candidates like Rick and myself who have a different vision about how to govern, and who are campaigning directly on an end to police brutality, an end to the use of deadly force, and an end to mass incarceration. We’re not just saying this: we have worked for it, and believe that now we’ve done it in the streets, we want to do it in office. We carry all of the feelings, every slogan we’ve shouted, every protest we’ve planned, we carry all of that with us into office. So we depend on people to vote, to make sure we can start to make the things we all need a reality.

Krajewski: We need to have more political power, because the lives of our people are at stake. My life is at stake, and we just need more leaders, we need more people in office to shape the agenda. 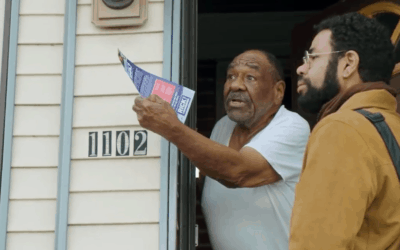 Philadelphia politics are being transformed: block by block, and door by door, upstart candidates for the multiracial working class are stepping up. The same grassroots organizers who helped elect a progressive champion as the city’s District Attorney in 2017 – Larry... 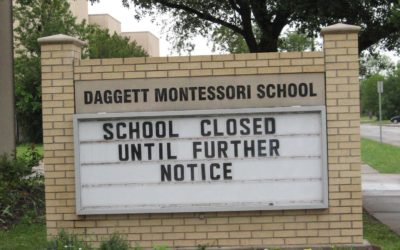 Since mid-March, public school students in Minnesota have had to stay home because of the COVID-19 pandemic. Now, according to the state’s governor, Tim Walz, schools will remain closed until the end of this school year, with no guarantee that they will reopen in the...

MORNING MESSAGE Joy Blackwood Let The Cherry Blossoms Bloom It’s March in Washington, D.C., which means the cherry blossoms will bloom any day now. Our nation’s capital would be teeming with visitors and excitement under normal circumstances. The mood here, however,...

MORNING MESSAGE Adiel Pollydore Making The Most Of Every Vote Right across the bay from my home in Oakland, California is San Francisco. Together, these two congressional districts will send fourteen pledged delegates in July to the Democratic National Convention in...

MORNING MESSAGE Andrew Tripp I Know Firsthand Why Unions Should Endorse Bernie One late summer evening in 2000, my home phone rang in Moretown, Vermont. “Can you please hold for Congressman Sanders?” the voice on the line asked. At the time, I had been doing what...

MORNING MESSAGE Vijay Prasad   Why We Must Remember Berta Cáceres On March 2, 2016, gunmen broke into the home of Berta Cáceres Flores and assassinated her. Cáceres led the Civic Council of Popular and Indigenous Organizations of Honduras (COPINH), which opposed...

MORNING MESSAGE Alexa Kasdan What Mike Bloomberg Will Never Understand As I watched the Democratic debate, like millions of other Americans I noticed the smug look on Michael Bloomberg’s face when Sen. Elizabeth Warren and others challenged him about his treatment of...

MORNING MESSAGE David Goodner How Bernie Can Be A Hope And Change President Sen. Bernie Sanders’ electoral victories in the first three early voting states of Iowa, New Hampshire, and Nevada make it much more likely that the political revolution will win the...