How We Fight The Rollback Of Roe: We Organize 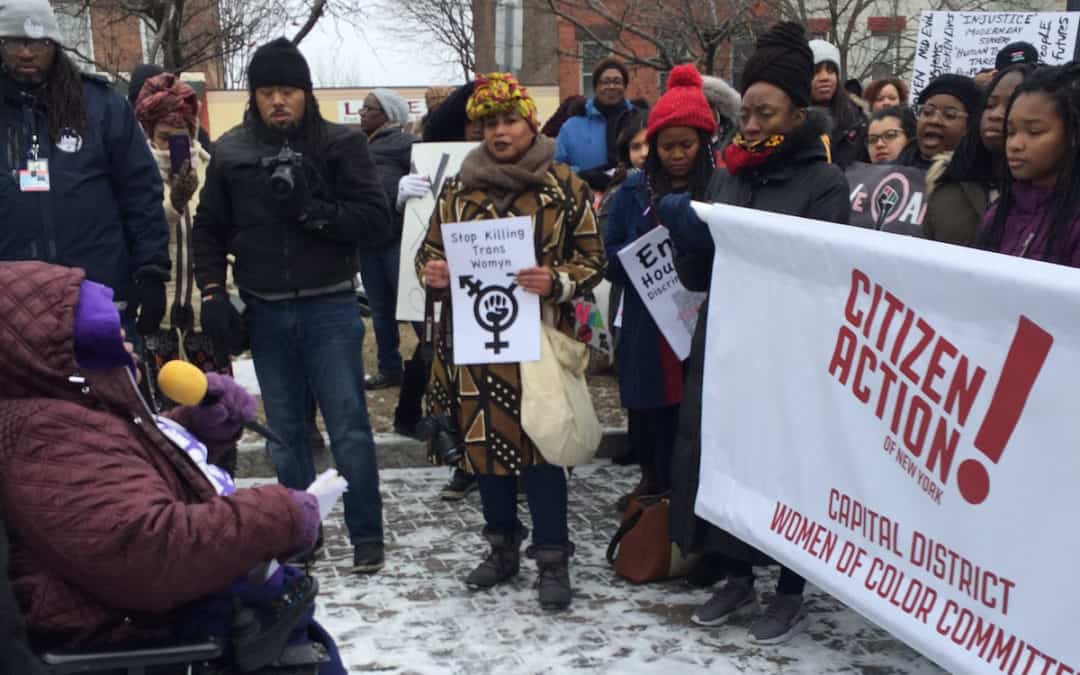 State by state, the Far Right is chipping away at women’s rights. Extremists are carving out a path for Trump’s Supreme Court to eliminate the right to safe and legal abortion that has been ours since the landmark Roe v. Wade ruling in 1974.

Sadly, a new Supreme Court ruling may not even be necessary to restrict women’s rights. By throttling reproductive freedoms in state laws, the Far Right wants to hollow out Roe to the point that states may no longer even offer reproductive care.

This is pure intimidation. They’re hoping women and medical providers will shrink from their rights, out of fear for their lives and freedom.

In New York State, we’re not scared: we’re fighting back. On January 22, the 46th anniversary of Roe, our State Senate passed the Reproductive Health Act. This new law fully legalizes abortion at any time to protect a woman’s life and health, and it was signed into law by Governor Andrew Cuomo that same day.

Passage of these three laws is a huge relief to New York women, at a time when many are scared to death that the Right’s efforts to roll back choice will absolutely change their lives. The kinds of measures we now see taking effect in Alabama, Georgia, Louisiana and Missouri go way beyond whether or not you continue a pregnancy: they empower the state to start to interfere with what you do during a pregnancy.

New York women are now protected in their rights to make their own personal choices about pregnancy and birth, and whether or not to be a parent. And physicians don’t have to worry about being chased down as criminals for providing women with the health care they need, and that they have a right to.

But as encouraging as these victories are, the fact remains that women’s rights in our nation remain under assault.

What can we do? How did we win in New York State, and how can we win all across the country?

The answer is simple: we organize. Let me tell you how we did it in New York.

New York’s Reproductive Health Act was introduced in the State Legislature a dozen years ago. At that time, reform was critical because New York’s abortion laws still fell under our criminal code, and our protections were weaker than those mandated by Roe.

This should have been a no-brainer, but the bill stalled because our legislature was controlled by Republicans with help from a few turncoat Democrats, the “Independent Democratic Conference (IDC)”  who caucused with the GOP.

The IDC and Republicans kept New York’s legislature in a death grip for a decade, as they blocked bill after bill, and cravenly put their own personal and monetary interests before those of their constituents.

All of this changed last November, when a groundswell of organizing by Citizen Action of New York and our allies led to historic turnout and activism that has now completely shifted the trajectory and makeup of the Senate. Democrats picked up eight seats, and replaced six of the eight members of the IDC with progressives, creating an undeniable majority.

In the words of the New York Times, our Democrats "decisively evict[ed] Republicans from running the State Senate, which they [had] controlled for all but three years since World War II."

And since January, we’ve already helped to pass important reforms for survivors of domestic violence; critical criminal justice reforms focused on ending money bail and increasing access to information for defense through discovery; and speedy trials, and access to early voting.

But we’re just getting started. We’ve introduced legislation to track how economic development dollars are spent – because these packages are often a windfall for corporations but don’t do much to help the communities they’re meant to support. We’re also working  to pass single-payer health care, the Climate and Community Protection Act to transition New York to 100 percent renewable energy, and expansion of rent protections for tenants statewide.

New York’s victories really do show the importance of electing people we know will stand for our values in the Senate and the State Assembly. Now, for the first time in decades, we have true representatives in Albany, who are finally voting in our interests.

The candidates we supported who shifted control of the Senate were supported by small donor contributions and grassroots activism. And in order to get more true leaders like them – like Alessandra and Rachel – elected, we need small-donor public financing in New York so we can pass other pieces of legislation that are being held up right now.

New York’s experience demonstrates every election, and every vote, counts. Free and fair elections should be a given in a democracy. But sadly, in our state and country, they’re not – we have to fight to get and keep them.

In New York, we know how to fight, and win. That’s our state of mind.