Democracy Is On The Ballot 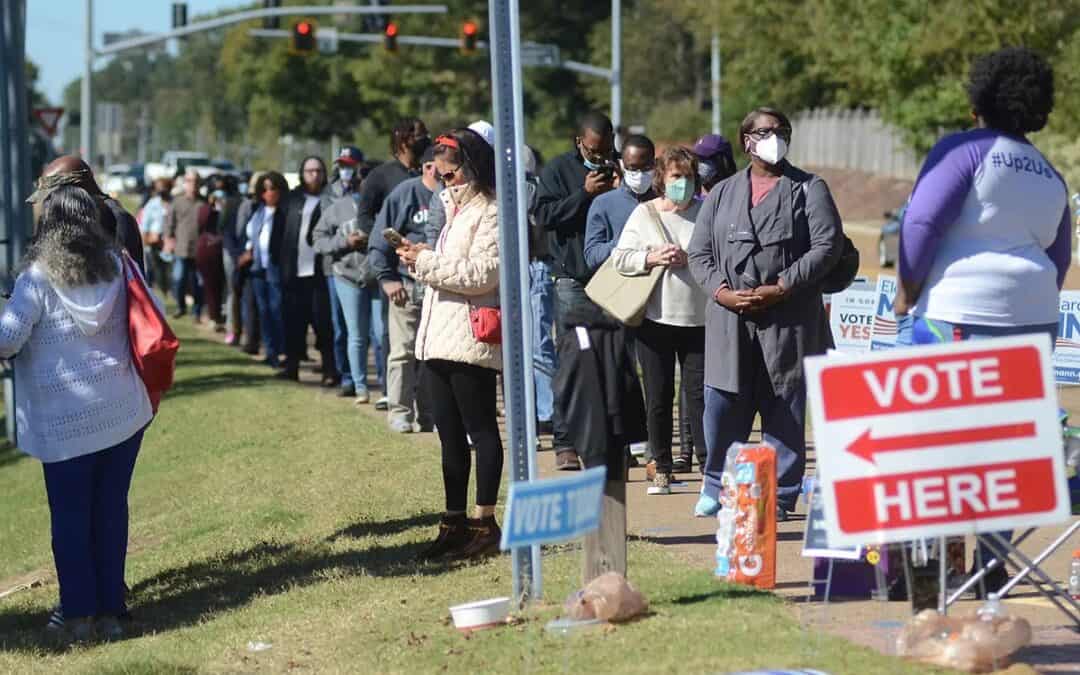 The right’s decades-old strategy to divide voters has taken a dangerous turn. What can bring us back together?

It’s said a frog will sit calmly in warming water until it boils. Will we do the same?

Extremists and white nationalists have been turning up the heat on our fragile democracy for years — from their deadly “Unite the Right” rally in Charlottesville to the storming of the U.S. Capitol and the attempted kidnapping and murder of the Pelosis.

This is not normal, friends. It means the water is boiling hot!

Why do we accept this erosion of our values? It’s because the far right and the ultra-rich have been undermining democracy for years. They pit us against each other. It’s an old strategy, but it works, so they keep at it.

Historian Nancy MacLean, in her book Democracy in Chains, explains how influential Republicans and right-wing billionaires realized in the 1970s their radical agenda to keep more of society’s wealth for themselves would simply never be popular with voters. Who wants to take money from schools, health care, and workers to make the rich richer?

Not many of us. So they developed a new strategy: Intimidate voters, systematically reduce the electorate, and spread division and misinformation.

Funders like Charles Koch, John M. Olin and Richard Scaife supported right-wing candidates in state after state. These candidates then rubber-stamped legislation drafted by the American Legislative Exchange Council (ALEC) and other billionaire-funded groups to tighten access to the polls, intimidate immigrants, lower taxes for the wealthy, and strengthen corporations.

This trend has accelerated since 2020, when Republicans lost control of Washington but kept control of most state legislatures — where they have used their power to draw rigged districts so they simply can’t lose.

They’ve also been helped by the conservative majority of the Supreme Court, who are all members of the Federalist Society — a far-right legal organization backed by the same billionaires who fund ALEC. These unelected judges have gutted the Voting Rights Act and given a green light to pour unlimited amounts of money into elections.

These outcomes are alarming, but the strategy is decades-old. What’s new is the Republican Party’s willingness to embrace conspiracy-driven violence to advance their anti-democratic agenda — and the seemingly unlimited amount of money billionaires put behind it.

There’s more at risk here than the achievements of the Biden administration for working people, like the Inflation Reduction Act. What’s truly at risk is our democracy — including the right to vote and the right to have your vote counted.

Without that, it will be much harder to win anything at all for working people — and that’s exactly what the rich and powerful want.

Restoring faith in democracy takes time. That’s why People’s Action, the organization I lead, has created a Long-Term Agenda to defend democracy and create an economy and society that works for all of us.

We are doubling down to help people of all political stripes have meaningful conversations about issues the powerful have used to divide us — like the environment, immigration, and public safety — through deep canvassing.

We don’t just talk to voters — we listen to them first. We also connect them with neighbors to help tackle common challenges. These conversations restore our faith in one another and create new common ground across political fault lines.

In this election, democracy itself is on the ballot. Can you feel the water boiling?

Sulma Arias is executive director of People’s Action, the nation’s largest network of grassroots power-building groups, with more than a million members in 30 states. This op-ed was distributed by OtherWords.org.