To Defend Rights, Defend Our Democracy 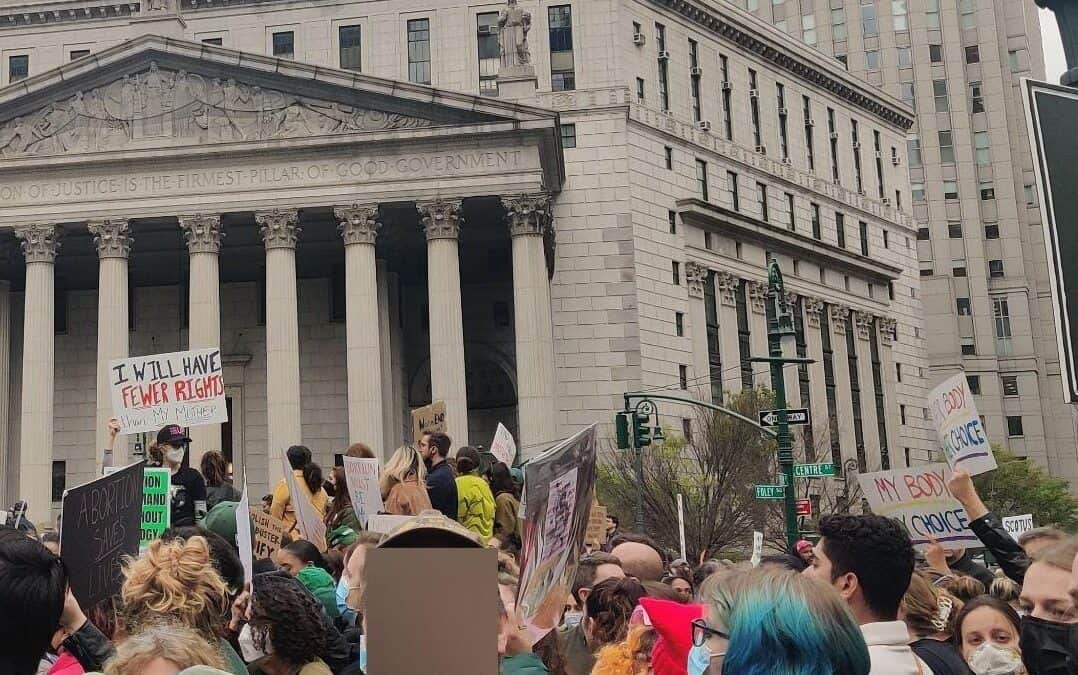 LISTEN TO THE PODCAST

Protesters have poured into the streets following the Supreme Court’s decision to end reproductive freedom. As a mother of three, I share this anguish and anger. I fear for our lives in a country that so easily takes away a fundamental right.

But we shouldn’t be surprised — this far-right court has been chipping away at democracy itself for years. And as Justice Clarence Thomas has made clear, the court’s newly emboldened conservatives want to take away more rights — including your right to family planning and the right to marry the person you love.

This is nothing short of a constitutional coup to impose extreme, minority views on our nation.  But I still have hope. We can restore our rights if we stay disciplined and focused in our defense of democracy.

As the director of People’s Action, a national coalition of grassroots groups with a vision of a multiracial democracy with room and opportunity for all, I believe the key now isn’t just to respond to one crisis after another. When we do that, we follow the playbook of the people who are taking our rights away. Instead, we need a long-haul campaign to defend and expand our democracy — and with it, all of our fundamental rights.

When I think about strategies that win, I think about the late Congressman John Lewis. He was 20 when he led sit-ins to end racial segregation, 21 when he led Freedom Rides through the segregated South, and 25 when he marched from Selma to Montgomery to demand voting rights. Each time, he risked his life.

But even at his young age, Lewis was fully prepared. As a student, he had spent hours in church basements learning the principles and practice of nonviolence, and stood on the shoulders of giants like Thurgood Marshall, whose legal work opened doors for the civil rights movement, and the Rev. Martin Luther King, Jr., whom Lewis joined at the White House for the signing of the Voting Rights Act in August 1965 — just six months after he was brutally attacked by police in Selma. 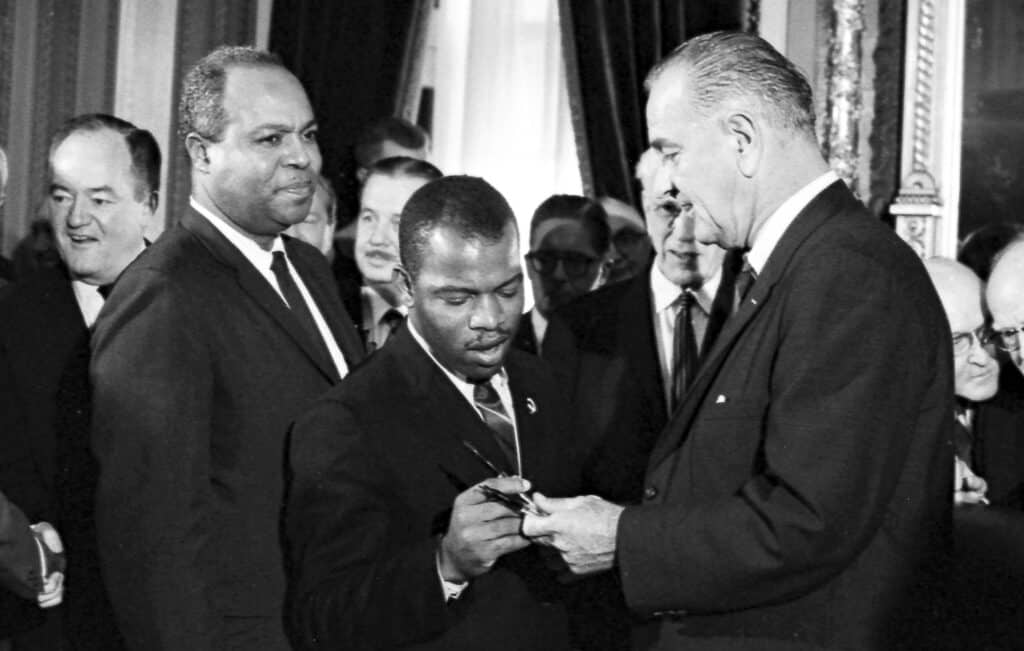 I also think of Gail Cincotta, the fiery Chicago housewife who co-founded National People’s Action with organizer Shel Trapp in 1972.

Gail led and won the fight for the Community Reinvestment Act of 1977, which forced banks to stop refusing to lend in Black, brown, and lower-income white communities. Gail led hundreds of protests, but she and Trapp also spent many hours in church basements training organizers who went on to found grassroots groups all across the country, and to demand the CRA live up to its promises.

That’s why at my organization, we’re doubling down to train a new generation — in both rural and urban areas — to defend democracy.

Through our Organizing Revival project, we’re training thousands in the organizing fundamentals pioneered by Cincotta and Trapp, as well as new approaches like deep canvassing so organizers learn to listen and meet people where they are. Our deep canvassing played a decisive role in changing hearts and minds during the 2020 election and can do so again.

Every fight endures setbacks, because the powerful never give up easily. But if we stay grounded in love and disciplined in our organizing, we can create the hope that together, we can build a democracy that respects the rights and dignity of all people. When the big banks sought to gut the CRA, Gail helped create a wider national coalition to defend it. Before he passed away in 2020, Congressman Lewis introduced the Freedom to Vote Act to restore the democratic rights the Supreme Court had eroded. And Democrats in Congress now plan to introduce bills to restore reproductive freedom and proactively defend other rights.

Congress must pass legislation like this swiftly. To protect it, we will need an army of Gail Cincottas and John Lewises. Because make no mistake: This is a war, and one that will not be over soon. But if we are prepared, we will win.

I recently sat down with my friend George Goehl, the former director of People's Action, to talk about the future of our movement for his new podcast, the Fundamentals of Organizing. I invite you to listen, and to share our conversation!

Sulma Arias is executive director of People’s Action, the nation’s largest network of grassroots power-building groups, with more than a million members in 30 states.