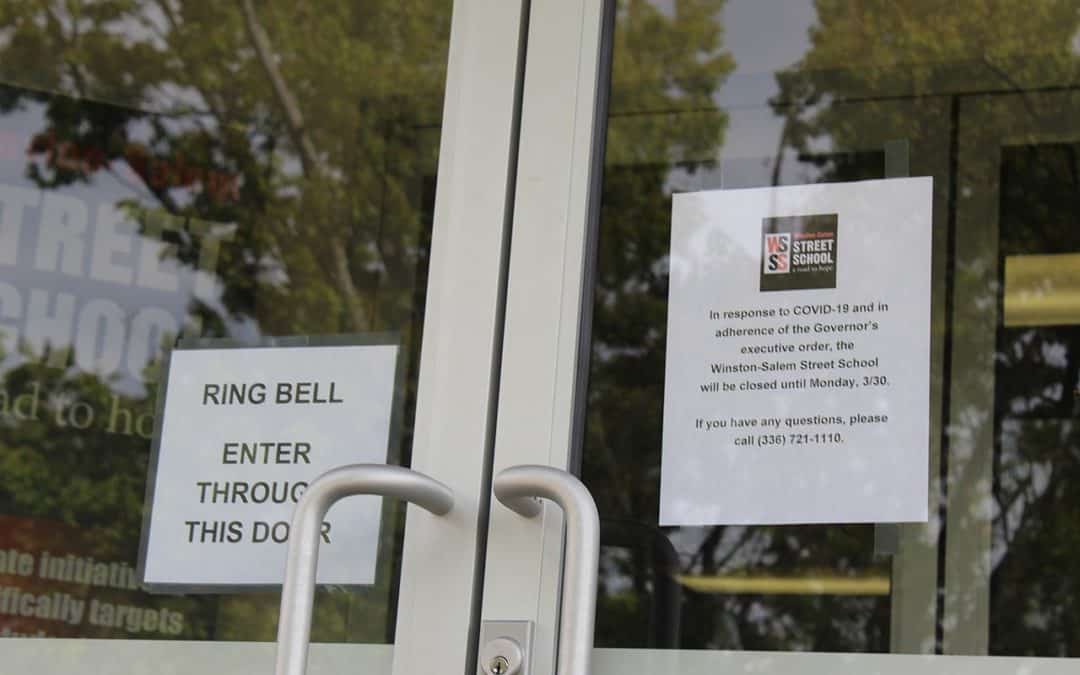 Due to the coronavirus pandemic, nearly all states have ordered or recommended school buildings stay closed for the rest of the academic year, according to Education Week’s most recent count, and “schools are likely to stay shut for months,” according to the New York Times. Teachers are responding to the crisis by continuing their heroic efforts to ensure students are getting fed, staying engaged, and receiving ongoing instruction via remote learning in some form. Meanwhile, economists and policy leaders are warning that public schools are headed toward a financial crater unless governments at all levels come up with emergency funds for schools.

But instead of rushing to rescue schools from financial calamity, many government leaders—including U.S. Education Secretary Betsy DeVos—are using the pandemic to advance their personal agendas, whether it’s to privatize public education or balance budgets on the backs of school kids.

The predicted shortfalls will compound harm that’s been done to a public education system already in financial trauma.

Public schools haven’t fully recovered from the beating they took as a result of the Great Recession, argues a new report from the Albert Shanker Institute, a research center affiliated with the American Federation of Teachers. The downturn in the nation’s economy that started in 2007 hit schools hardest in 2009 to 2011, after states had slashed education budgets and aid that came from the federal stimulus package had run out. The results were “fewer teachers and support staff, larger classes, and a narrower array of academic and extracurricular programs,” the report explains.

The report’s authors, Rutgers professor Bruce Baker and Shanker Institute senior fellow Matthew Di Carlo, call on the federal government to respond to the pandemic with a large aid package for public schools and requirements for states to direct money where it’s needed most—to high-poverty communities in deepest distress and “according to student needs.” State leaders, the authors contend, must move to restore state funding levels to what they were before the recession hit.

Instead of taking this advice, what we see are political leaders in both parties going in the opposite direction.

DeVos Doubles Down on Privatization

It’s bad enough that emergency aid for schools provided by the federal government is woefully short of what is needed, according to a broad coalition of education groups, but what’s worse is that some of it is in danger of being hijacked by Secretary DeVos.

As Matt Barnum reports for Chalkbeat, DeVos has announced she will direct $180 million in federal coronavirus relief for schools into grant programs for funding two of her pet projects: turning public education into a voucher system and transferring learning from classrooms to the internet.

“It’s the latest example of the department aligning its coronavirus response to the Trump administration’s political preferences,” Barnum writes.

ESAs are “the most market-based and the least accountable” form of school choice, says Carol Burris, executive director of the Network for Public Education, which has called on Congress to stop DeVos from going forward with these options.

The way the programs work, Burris explains, is that tax dollars designated for education are given to parents in a “savings account” with a debit card that can be used to pay for education products and services such as tutors, home schooling, online courses, and private school tuition.

ESAs were first created in Arizona, Tennessee, Florida, and Mississippi as a way around prohibitions against using public dollars for religious schools. The vast majority of parents who participate in Arizona’s program use the money to pay for private school tuition, according to the New York Times. Given that most private schools in Arizona are religious schools, it’s likely ESAs are mostly used to supplement parents choosing to opt out of public schools for religious reasons.

DeVos’s second option for states to expand online learning programs is also problematic. A widely cited national study found students enrolled in full-time, online-only schools lost an average of about 72 days of learning in reading and 180 days of learning in math over a 180-day school year—meaning, in math, an entire year of lost instruction. Studies of statewide online learning programs have found disappointing results, including those in Colorado, Indiana, Kansas, Maine, and Ohio.

DeVos wraps her ideas in the bold rhetoric of “rethinking” education, but “the secretary is a longtime advocate of alternatives to public schools,” notes NPR’s Anya Kamenetz in her report on DeVos’s announcement, pointing to DeVos’s years of supporting home schooling and vouchers.

DeVos’s determination to direct more public money to private pockets is explicitly written into the new grant program’s instructions that students who attend private schools must be eligible to participate.

While DeVos’s efforts to direct federal emergency aid for schools toward privatization efforts are perhaps expected, what’s more than disappointing are reports that a number of state governors are already calling for deep cuts to public schools.

Similar to what happened in response to the Great Recession, these leaders are looking to balance the state’s books by cutting spending rather than increasing taxes, and education and health care will suffer most.

Among the state leaders calling for deep cuts to education is New York’s Democratic Governor Andrew Cuomo, who “plans to slash aid to localities by $8.2 billion and cut state agency budgets by 10 percent,” according to City & State New York. “Cuomo has made a big point of opposing tax hikes all year long,” the local outlet notes, and the governor answered a reporter’s question about what local officials should do by saying, “Call Washington.”

No doubt, states and cities are heading into uncharted financial territory. Big city school districts including Denver, New York City, and across Ohio are expecting severe budget trauma. A survey of city leaders found nine in ten believed budgets were headed to shortfalls, and they were already planning to cut services, including education.

Unless the federal government and state leaders take action to increase funding for local schools, there will be an “educational catastrophe,” warn the leaders of the nation’s largest school districts in a letter to Congress, and as many as 275,000 teachers would lose their jobs.

“For states facing catastrophic revenue declines, asking more of taxpayers with a clear ability to pay is far preferable to cutting state budgets, which would lead to mass layoffs, steep cuts in public services, and a downward spiral in the economy,” write fiscal policy analysts in a report for the Institute on Taxation and Economic Policy.

They point to a range of sources state leaders should consider tapping to shore up funding for local schools, including personal and corporate income taxes, sales and consumption taxes, and getting rid of laws that restrict taxation.

New York is an excellent example of a state that has for too long neglected to address the wealth and power structures that limit funding for public goods and services like education.

In response to Cuomo’s budget warning, public school advocacy group the Alliance for Quality Education New York states, “There are 112 billionaires in New York that have a combined wealth of $525 billion—almost 5 times New York State’s annual budget. A small tax on New York’s ultra-rich would close the budget deficit, without sacrificing our children and their future.”

“We cannot avoid a budget crisis, but we can attenuate its negative effects and shorten its duration,” write Baker and Di Carlo in their Shanker Institute report.

But ideologues like DeVos and state governors like Cuomo who want to use a crisis to advance their own beliefs and careers are making matters worse.