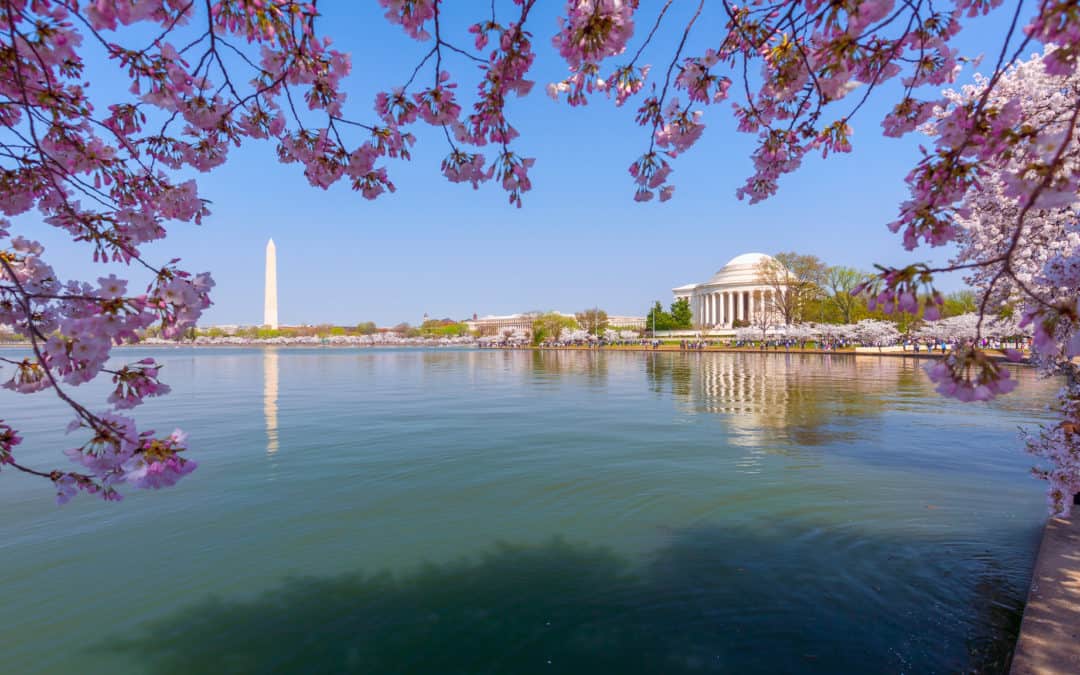 It’s March in Washington, D.C., which means the cherry blossoms will bloom any day now. Our nation’s capital would be teeming with visitors and excitement under normal circumstances.

The mood here, however, is subdued. In between our government’s bungled response to the coronavirus outbreak and the upcoming 2020 elections, most folks in D.C. have other things on their mind.

But I, for one, am hopeful - not only because I love to see the colors of Spring rush in, but because as the representative of People’s Action in Washington, I get to see signs of hope behind the scenes.

At People’s Action, we’re working hard to bring a big change to D.C. in November, and we’re already laying the groundwork for a government that can be by, and for, the people.

So this is my first Letter from D.C.: a series of regular dispatches on what People’s Action is doing in Washington to advance progressive policies, and taking action to back it up. I look forward to your feedback, and to sending you our next installment - when the blossoms are out!

First, a huge congratulations and thank you to the grassroots leaders and activists of People’s Action’s #HomesGuarantee campaign, who gathered in D.C. at the end of January with allies from the Center Popular Democracy, the National Low-Income Housing Coalition, and  progressive Members of Congress – Reps. Jayapal, Ocasio-Cortez, Omar, Pressley, Tlaib, Blumenauer and Garcia -- to launch a bold and visionary platform to address the housing crisis.

This unprecedented package of seven bills, dubbed the People’s Housing Platform, directs as much as $2.5 billion in new investment to create 12 million new units of social housing, a $200 billion community control fund, new tenant protections and a Green New Deal for public housing. Many of the proposals are directly inspired by the activism of the People's Action #HomesGuarantee campaign and our grassroots members.

"The door to housing justice for seniors, and for Black and brown people, needs to really be open. Not halfway open, but all the way open - so we can get in, and stay in."

That’s Marsha Cole, who traveled from Chicago with fellow members of the Jane Addams Senior Caucus for the hearing. She was joined by other leaders from People’s Action member groups, including PUSH Buffalo, Community Voices Heard, KC Tenants and Power LA.

This was Marsha’s third visit to D.C. - her first was to hear Dr. Martin Luther King, Jr. at the March on Washington in 1963, and the second was in 2009 for Barack Obama’s first inauguration.

Marsha reminds me how a visit to our nation’s capital and its landmarks can still inspire and remind us of the democratic values its institutions are meant to embody.

Yet even as Marsha and our other grassroots leaders were introducing this bold housing platform, hundreds more from across the country were also at the Capitol as part of “Swarm the Capitol,” an event to demand Republican Senators allow witness testimonies before voting whether or not to impeach Donald Trump for high crimes and misdemeanors.

We all know the outcome of this vote by now – and the stain it puts on our democracy. The GOP did what they do best - they stood together, and with the exception of Sen. Mitt Romney, voted to acquit one of the most corrupt Presidents in U.S. history.

To make matters worse, Trump’s State of the Union address was a spectacle worthy of a Roman emperor, with its orchestrated ovations and outbursts of adulation.

“We must create a new standard of living in the 21st century,” Trump said in his speech, which he billed as a bipartisan “agenda of the American people.”

I, for one, don’t know whose standard of living he’s talking about - he must not be talking about people of color, the working class, or immigrants, all of whom have been demonized and punished by his administration.

To compound the insult of Trump’s $1.5 trillion tax giveaway to the rich in 2018, Trump’s proposed budget for FY2021 demonstrates how this Administration continues its efforts to cut and eliminate lifelines for so many poor and working class families and communities.

To walk through this document line-by-line, I would have to turn this letter into a novel. Fortunately, our partners at the Progressive Caucus Action Fund (PCAF) and the Roosevelt Institute have done it for us, with detailed analyses of the proposed FY 2021 budget and a Congressional Budget Office (CBO) outlook for the next decade. I encourage you all to dig in to their analyses, as we have.

Some of the most alarming aspects of Trump’s budget are $750 billion in cuts to Medicare, $200 billion in cuts from the Supplemental Nutrition Assistance Program (SNAP), and cutting student loans by $179 billion and eliminating Public Service Loan Forgiveness, slashing billions from the Department of Education and weakening job training and retraining programs by cutting the Department of Labor’s funding by 10 percent.

These are just some of the issues we need to galvanize around as we increase our efforts to shift the balance of power from the wealthiest one percent back to the people and diverse communities.

The good news is that at People’s Action, we, our members, and our member groups are closely following these issues. More than ever before, progressives need to work together to defeat and win back the White House and maintain the majority in the House of Representatives - the people’s House and the people’s voice.