Making The Most Of Every Vote 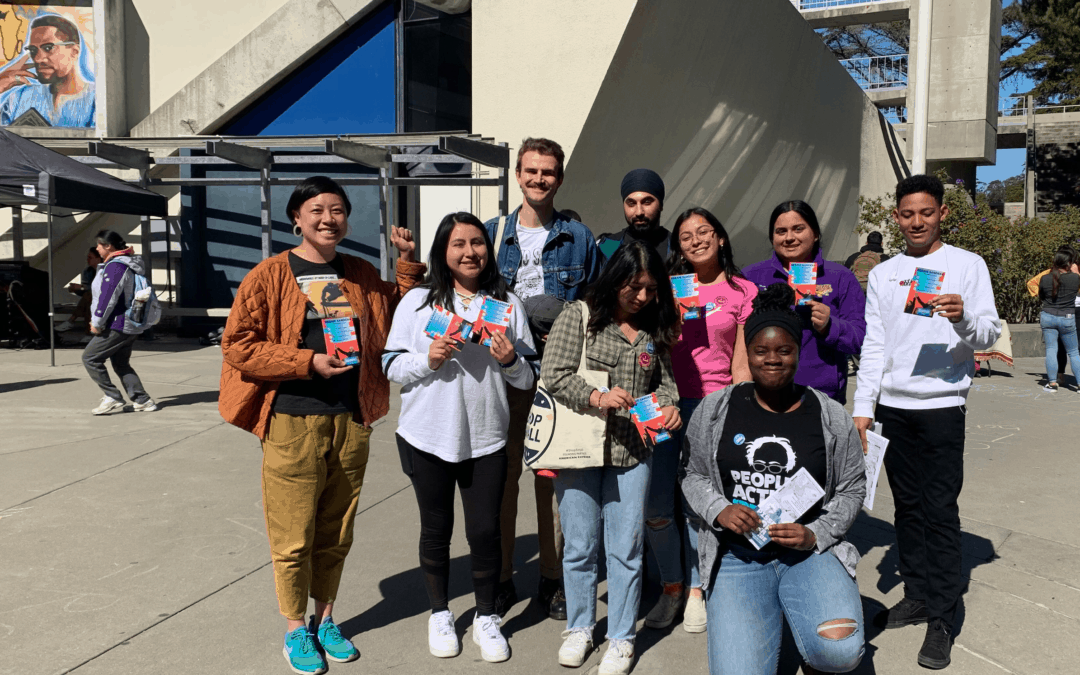 Right across the bay from my hometown in Oakland, California is San Francisco. Together, these two congressional districts will send fourteen pledged delegates in July to the Democratic National Convention in Milwaukee to choose our presidential nominee.

Together with the other Bay Area districts, all of which voted for Senator Bernie Sanders by a wide margin, they’ll send more than thirty delegates. When you add in L.A. County, they'll send over forty. That’s more than many states. 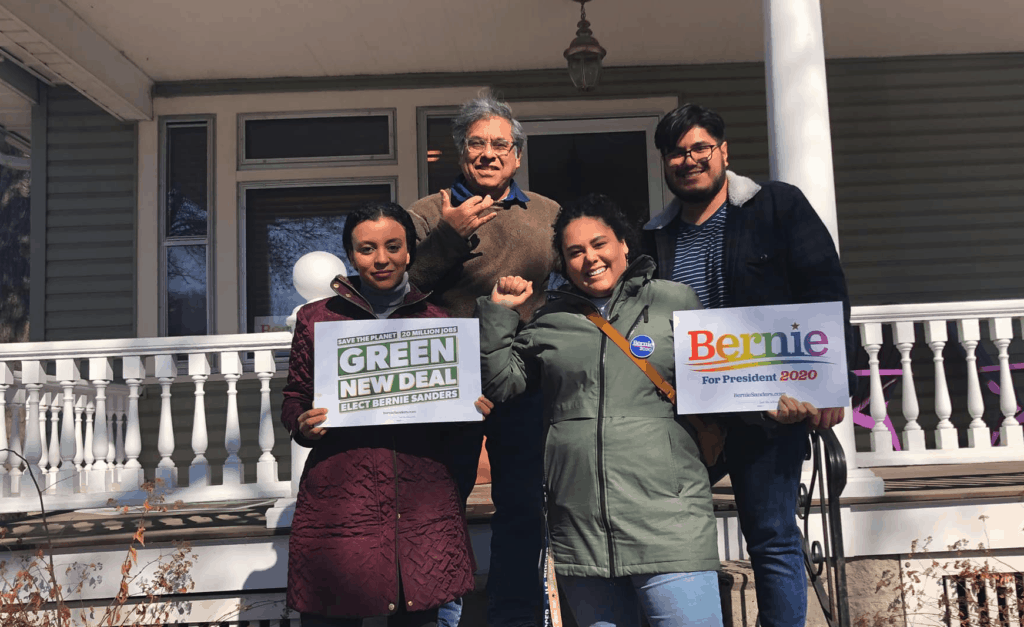 That’s why Student Action and the other People’s Action groups in California - San Francisco Rising Action Fund and Ground Game LA - doubled down on our efforts to turn out voters here. These areas all overwhelmingly favored Senator Bernie Sanders in last night’s presidential primary.

Because of California's large population and the rules that apply to the calculation of delegates, which are divided between the statewide totals and individual districts, we already knew heading in to election night that  the final allocation of delegates might take days, or even weeks - but we already know our efforts were worth it.

That’s because we’re fighting to win a movement, not just a primary for one candidate - a movement that centers on working-class people, young and old, of all races and backgrounds. Yes, we’re fighting to take our country back from Donald Trump, but we’re also fighting for a future we can all believe in - one where there’s room for all of us, wherever we are from, or whomever we love - with education, health care, homes, jobs, a clean environment and a fair economy for all.

The candidate who best embodies all of these values, and who is building a movement politics campaign with us to get it done right now, is Bernie Sanders. People's Action member groups voted to support him because he has endorsed our calls for a Homes Guarantee, Medicare For All, Free College For All, a Just Green New Deal, an end to the war on immigrants and to rein in the power of Wall Street over the lives of regular people.

And in many cases, as Senator Sanders is fond of reminding us, he doesn’t just endorse these goals - he “wrote the damn bill.”

We’ve already had tens of thousands of conversations in California and all across the country. The more we go door to door, make phone calls and send texts, the more we find that these values - the values we share with Senator Sanders - resonate with the values of ordinary Americans of all backgrounds. And our efforts are paying off.

When we talk to these young voters, we’re discovering how many of them live at the crossroads of the hardest issues of our time: because the costs of living and housing are so high in California, one out of every five students on University of California campuses has experienced homelessness or food insecurity. So our campaigns for a Homes Guarantee and a living wage really resonate with them.

Down to the wire, we’re seeing that what happens in these one-on-one conversations, and the importance of these issues in people’s lives, is really striking. When we ask people, “What are the issues that are important to you?” they really start to open up

In the Bay Area, young people are really concerned about the future - the economy, and whether or not they will be able to live comfortable and secure lives. Many also mention the environment and their fear of gun violence, which makes sense, as young people who are now undergraduates lived through the most deadly series of school shootings in their school years. Folks can get really scared, and want a president who will address these issues head-on. 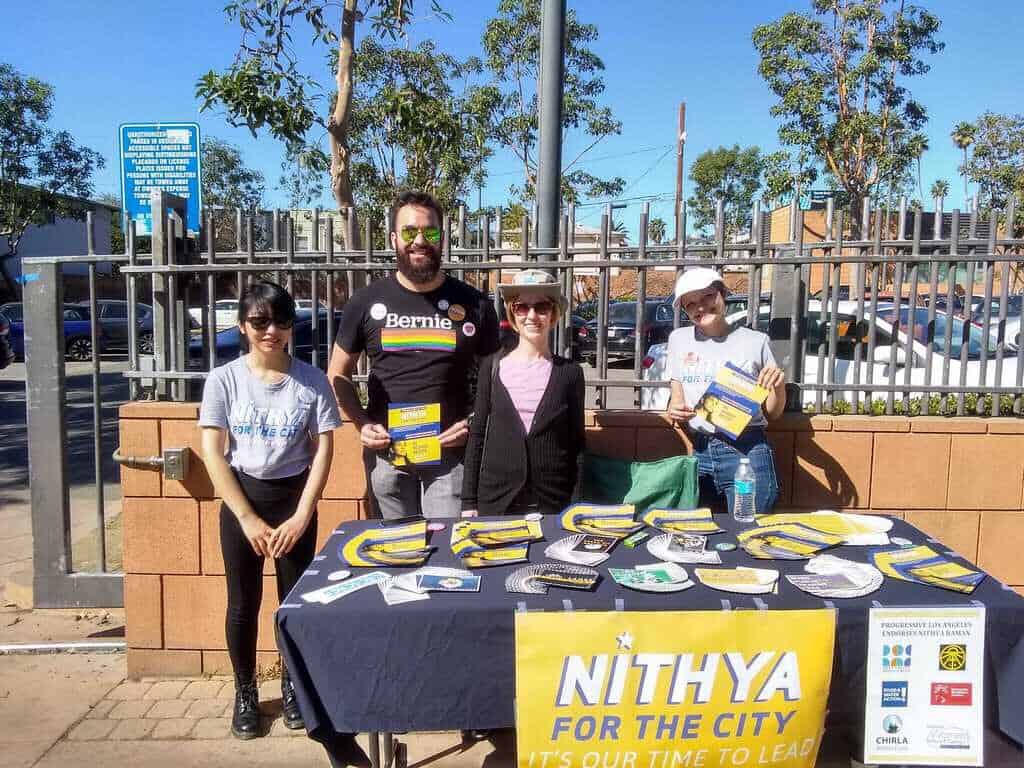 In Los Angeles, GroundGame LA knocked on over 10,000 doors for Bernie Sanders, from Santa Monica to Pacoima, and from East LA to Long Beach. Over 50,000 people accessed their voter guide online. Once again, People’s Action’s national volunteers lent a helping hand, texting to more than 100,000 voters in L.A. County.

We could see the impact of these efforts in L.A. County’s unprecedented turnout - at many voting places, there were long lines throughout the day, and into the night. Fortunately, they kept polls open for several hours after their planned closing, to accommodate all the voters. You can also see the fruit of these efforts in Sanders’ margins of victory in L.A.: while he carried the state with a margin of 33.6 percent, in L.A.County it was 37.8 percent, and above 36 percent in the surrounding counties.

So in California, we can declare victory - even if it will take a while for Sanders’ final margins and delegate counts to be known. But the same is true in other parts of the country, even in states where Sanders didn’t win the final count. Because we’re building a movement to take our country back. That is a long game but it is one that we will win.

“We’re having a lot of incredible conversations at the doors,” Kenza Hadj-Moussa, the director of public affairs at Take Action Minnesota, told me when I spoke with her early in the evening. In the end, Sanders came in second in Minnesota behind former Vice President Joe Biden, earning 26 pledged delegates from the state, That.s ten less than Biden, but Kenza still feels good about the their efforts in the state, because of the movement that it builds.

Take Action Minnesota members reached out to over 35,000 Minnesotans in the leadup to the primary through one-on-one conversations, phone banking, and text messaging. People’s Action national volunteers nationwide pitched in to reach an additional 32,000 Minnesota voters.

“We’re building long-term power, and a politics of joy,” Kenza told me. ““People are clear about the moment we’re in, and what we need to do for the win we need, to build a future we can believe in.”

Adiel Pollydore lives in Oakland, California, where she is campaign director for Student Action, part of the People's Action national network of grassroots groups.