How Corporations Force Their Way Into America’s Public Schools 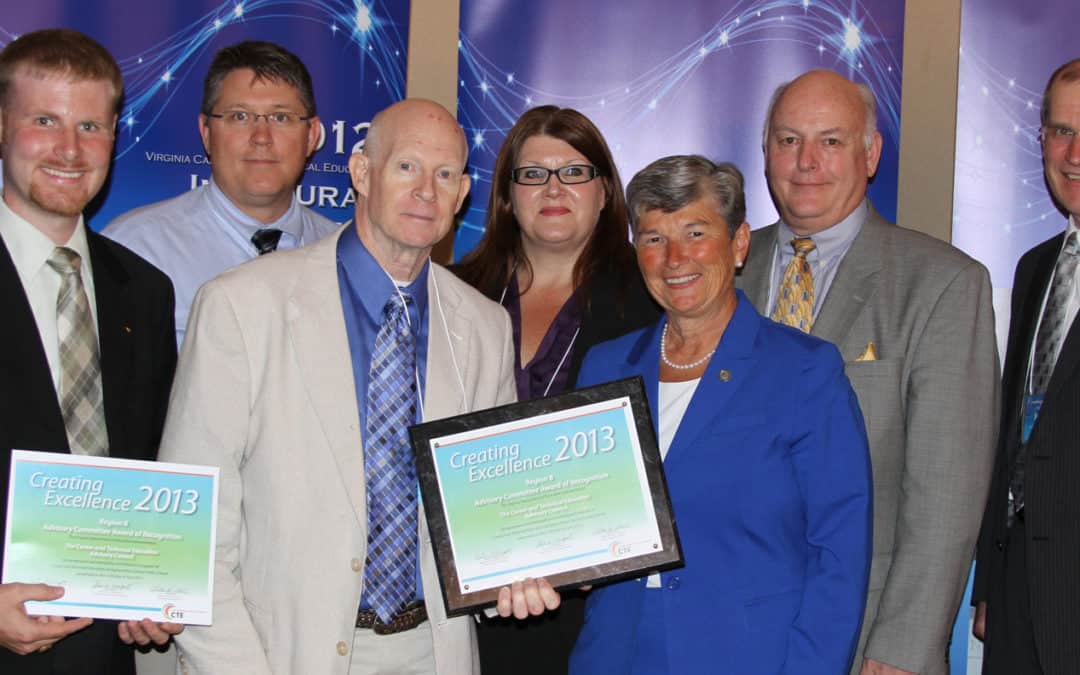 In the expanding effort to privatize the nation’s public education system, an ominous, less-understood strain of the movement is the corporate influence in Career and Technical Education (CTE) that is shaping the K-12 curriculum in local communities.

An apt case study of the growing corporate influence behind CTE is in Virginia, where many parents, teachers and local officials are worried that major corporations including Amazon, Ford and Cisco—rather than educators and local, democratic governance—are deciding what students learn in local schools.

CTE is a rebranding of what has been traditionally called vocational education or voc-ed, the practice of teaching career and workplace skills in an academic setting. While years ago, that may have included courses in woodworking, auto mechanics, or cosmetology, the new, improved version of CTE has greatly expanded course offerings to many more “high-demand” careers, especially in fields that require knowledge of science, technology, engineering, and math (STEM).

Education policy advocates across the political spectrum, from Education Secretary Betsy DeVos to former First Lady Michelle Obama, have praised expansions of CTE programs in schools. Fast-tracking federal funds for CTE programs in schools has become the new bipartisan darling of education policy. CTE lobbyists and advocates have successfully pressed for expanded funding of their programs at federal and state levels. And a 2019 study by the American Enterprise Institute, a right-wing advocacy group based in Washington, D.C., found that since 2004, mentions of CTE in U.S. media outlets “have grown over tenfold, and they have doubled since 2012.”

According to a September 2019 analysis from Brookings, “more than 7 million secondary school students and nearly 4 million postsecondary students were enrolled in CTE programming.” And a 2018 review of CTE programs by the federal government’s National Center for Education Statistics found 73 percent of school districts offered CTE courses that give students both high school and postsecondary credit, a potential benefit for students and parents who want to reduce the cost of college.

What has folks in Chesterfield County, Virginia, concerned is the particular brand of CTE that has come to their district. At a September 2019 community event, middle school teacher Emma Clark and others mentioned the district’s collaboration with Ford Next Generation Learning (NGL), an offshoot of the Ford Motor Company that claims, according to its website, that it “mobilizes educators, employers, and community leaders to create a new generation of young people who will graduate from high school both college- and career-ready.”

Chesterfield parents I spoke with also pointed to the district’s collaboration with the Cisco Networking Academy, an offshoot of the computer networking giant that has its own branded course offering in the Chesterfield CTE curriculum.

In a phone conversation, Clark described the district’s collaborations with these companies as “new layers” of school privatization. First, corporations like these can use the rush to CTE to flood schools with new course offerings that require technology the schools have to buy. And another layer is the CTE programs businesses help to create provide them with free job training.

The concern Chesterfield teachers and parents have about corporate influence in K-12 public school curricula is magnified enormously due to the entrance of Amazon into the equation.

The “centerpiece” of Virginia’s successful effort to lure Amazon to build a new headquarters in the state, according to state-based news outlets and state-issued reports, was a commitment to more than double Virginia’s tech-talent pipeline, beginning in K-12 schools.

“Virginia’s ultimate proposal was centered around an effort to provide Amazon—or any other tech firm that wanted to come—with all the educated workers it needed,” according to a report in the Washingtonian, and the state sealed the deal with a pledge “to plow $1.1 billion into tech schooling.” The state’s commitment to developing a tech-talent pipeline providing workers for Amazon and other companies was key to inking the deal, says an Amazon spokesperson in the Cincinnati Business Courier.

“We’re being hijacked in Virginia,” Kathryn Flinn explained to me. Flinn is a 20-year resident of Chesterfield and mother of two children, one a special-needs child, who both have attended Chesterfield County Public Schools.

Flinn strongly considered a CTE track for her special-needs child, but now maintains that the type of CTE she sees rolling out in Chesterfield and elsewhere in Virginia “is very different from traditional CTE.”

She noticed that CTE classes in her local schools were changing from an emphasis on encouraging students to pursue their interests in work-related skills and knowledge to courses that partnered with specific corporations and businesses to form “career pathways” that lock students into narrower courses of study as early as seventh grade.

The change to a more employer-driven curriculum has been especially traumatic for Sara Ward, another Chesterfield parent I spoke with. When the high school her son was to have attended became designated a Ford NGL CTE academy, she noticed a change in his attitude about school and his increased depressed mood.

In middle school, he had been placed in a gifted and talented curriculum with courses in advanced math two years ahead of his peers. But the Ford NGL-aligned curriculum at the high school was reorganized into three career paths with “no way to opt out of them,” she explained.

The focus of the new math offerings, she believed, would be more about applied math including manufacturing and accounting and not about advanced concepts. “I want my child to decide how he’s going to use math, not to be told what to do with math,” she said. Ward pulled her son out of public schools and instead enrolled him in a private program. It was “not something I ever thought I’d do,” she said.

These Chesterfield parents, along with local teachers and activists, see their experiences as linked to not only a statewide but also a national campaign by big business and tech companies to align school curricula to corporate workforce training. They point to a February 2019 visit by DeVos to a Loudoun County school program, in northern Virginia, where students take specialty classes in one of three academies focusing on vocational training. The visit was orchestrated by the Association for Career and Technical Education, according to a Loudoun County news outlet, “that celebrates the value and achievements of nationwide CTE programs.” The Chesterfield folks I spoke with suspect that many of the forces at work in their local schools are at work in Loudoun and elsewhere to gear school curricula to corporate agendas.

“We’re not against teaching students career skills” that could eventually help them find employment, Flinn explained. “We’re against corporations writing the curriculum.”

“We do want our kids to have technology skills that give them a strong resumé when they come out of school,” Clark told her Chesterfield audience, “but there is zero reason that we can’t have educators writing and creating that curriculum as opposed to corporations.”

A ‘False Promise’ of a Job

“These parents should be concerned,” Kenneth Saltman told me in a phone call.

Saltman, a professor of educational leadership at the University of Massachusetts-Dartmouth, has written extensively about school reform, business interests in education, and education politics.

“A narrow focus on teaching skills really misses the boat on developing abilities that will matter to people in the future,” Saltman said. “We don’t really know what the jobs of the future will be, so schools should be focused on developing students’ capacity to think, question, and theorize in new contexts related to their learning about the self and society. These goals will be gutted out by a narrow skills-based agenda.”

Saltman argues that teaching students the more traditional, abstract skills “is not really at odds with ensuring students can become fully functioning in the economy. In many ways, a technical and skills-based curriculum will undermine students’ future economic capacity.”

Research on the long-term impact of CTE on students has found a mixed bag at best. A 2018 study of Massachusetts’ CTE program found “participation in a high-quality CTE program boosts the probability of on-time graduation from high school by 7 to 10 percentage points for higher income students, and suggestively larger effects for their lower-income peers.”

Another study from 2017 found “taking career and technical education classes in high school increases students’ odds of graduating on time, but doesn’t improve their chances of enrolling in college,” according to a report in Education Week.

Matt Barnum, a reporter with Chalkbeat, analyzed a 2017 European study on the impact of CTE and found “a significant downside of such programs: students may benefit early in their careers, but are harmed later in life as the economy changes and they lack the general skills necessary to adapt.”

Research on the long-term impacts of students concentrating in STEM, the favored focus of the CTE fad, has found equally uneven results.

In 2016, in testimony given to a U.S. Senate subcommittee meeting on the proposed expansion of guest worker programs, Economic Policy Institute associate and Rutgers University professor Hal Salzman explained that colleges and universities in the U.S. “graduate twice the number of STEM graduates as find a job each year.” About two-thirds of STEM degree graduates end up employed in jobs that don’t require STEM degrees, he added.

In the tech industry in particular, which figures most prominently in Virginia’s CTE plans, only about a third of the workers in the sector have STEM degrees, Salzman stated. And tech worker salaries have been flat for decades, which would seem to intuitively indicate an oversupply of workers, not the opposite.

“Very little evidence is consistent with the complaints about a skills shortage,” a 2015 study of the so-called skills gap concluded, “and a wide range of evidence suggests the complaints are not warranted.”

Instead, employer demands for workforce training are often based on the employers’ perceived notions about the availability of qualified employees and the willingness of employers to invest in training and lower their hiring requirements, observed economics reporter Matthew Yglesias in an article for Vox. To reach this conclusion, Yglesias pointed to a paper by Alicia Sasser Modestino, Daniel Shoag, and Joshua Ballance presented at a 2019 American Economic Association conference that found that during periods of high unemployment, employers made job descriptions “more stringent,” and when unemployment rates went down, hiring requirements became “more relaxed.”

In my conversation with Kenneth Saltman, he contended that students led to believe that business-branded CTE courses guarantee future employment with the business are really buying into a “false promise, or at least a careful hedging of a promise. The real promise is maybe someday [you] will get a job.”

Clearly, students need multiple opportunities to learn as much as they can. But that assumes no single entity can actually own the curriculum, and decisions about what’s best for students to learn should not be based on the self-interests of those who have something to gain by controlling the system. Virginia appears to be dangerously headed in the direction of changing that.