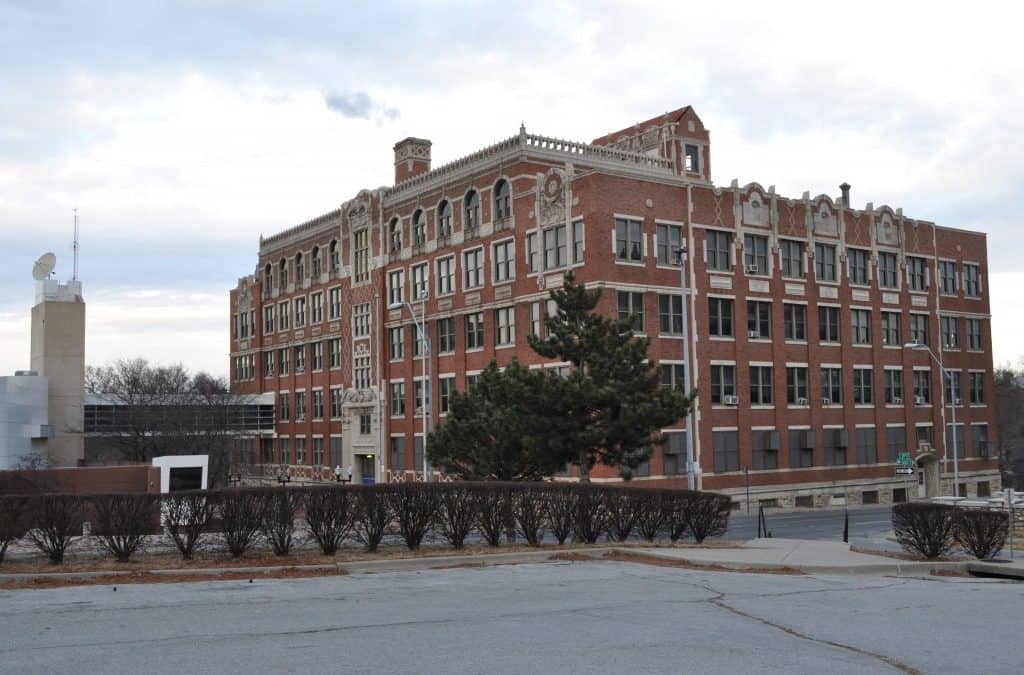 It’s rare when goings-on in Kansas City, Missouri schools make national headlines, but in 2011 the New York Times reported on the sudden departure of the district’s superintendent John Covington, who resigned unexpectedly with only a 30-day notice.

Covington, who had promised to “transform” the long-troubled district, “looked like a silver bullet” for all the district’s woes, according to the Los Angeles Times. He had, in a little more than two years, quickly set about remaking the district’s administrative staff, closing nearly half the schools, revamping curriculum, and firing teachers while hiring Teach for America recruits.

The story of Covington’s sudden departure caught the attention of coastal papers no doubt because it perpetuated a common media narrative about hard-charging school leaders becoming victims of school districts’ supposed resistance to change and the notoriously short tenures of superintendents.

Although there may be some truth to that narrative, the main reason Covington left Kansas City was not because he was pushed out by job stress or an obstinate resistance. He left because a rich man offered him a job.

Following the reporting by the New York Times and the Los Angeles Times about Covington’s unexpected resignation, news emerged from the Kansas City Star that days after he resigned, he took a position as the first chancellor of the Education Achievement Authority of Michigan, a new state agency that, according to Michigan Radio, sought “radical” leadership to oversee low-performing schools in Detroit.

But at the time of Covington’s departure, it seemed no outlet could have described the exact circumstances under which he was lured away. That would come out years later in the Kansas City Star where reporter Joe Robertson described a conversation with Covington in which he admitted that squabbles with board members “had nothing to do” with his departure. What caused Covington’s exit, Robertson reported, was “a phone call from Spain.”

That call, Covington told Robertson, was what led to Covington’s departure from Kansas City—because it brought a message from billionaire philanthropist and major charter school booster Eli Broad. “John,” Broad reportedly said, “I need you to go to Detroit.”

It wasn’t the first time Covington, who was a 2008 graduate of a prestigious training academy funded through Broad’s foundation (the Broad Center), had come into contact with the billionaire’s name and clout. Broad was also the most significant private funder of the new Michigan program he summoned Covington to oversee, providing more than $6 million in funding from 2011 to 2013, according to the Detroit Free Press.

But Covington’s story is more than a single instance of a school leader doing a billionaire’s bidding. It sheds light on how decades of a school reform movement, financed by Broad and other philanthropists and embraced by politicians and policymakers of all political stripes, have shaped school leadership nationwide.

Charter advocates and funders—such as Broad, Bill Gates, some members of the Walton Family Foundation, John Chubb, and others who fought strongly for schools to adopt the management practices of private businesses—helped put into place a school leadership network whose members are very accomplished in advancing their own careers and the interests of private businesses while they rankle school boards, parents, and teachers.

Our Schools interviewed Thomas Pedroni, an associate professor of curriculum studies at Wayne State University in Detroit and a longtime observer of reform efforts in Detroit and Michigan. According to Pedroni, the school leadership network, especially in large, urban school districts, wields a cartel-like influence that seeks to wrestle school governance away from democratically elected school boards and outsource district management to private contractors, often in the ed-tech industry. These businesses frequently have close associations with colleagues in school reform circles that are directly connected to the Broad network or seek the network’s favor.

The actions of these leaders are often disruptive to communities, as school board members chafe at having their work undermined, teachers feel increasingly removed from decision making, and local citizens grow anxious at seeing their taxpayer dollars increasingly redirected out of schools and classrooms and into businesses whose products and services are of questionable value.

In her seminal 2011 essay in Dissent magazine, Joanne Barkan described Broad’s influence on education as one of the “Big Three” funders—along with the Bill and Melinda Gates Foundation and the Walton Family Foundation—whose “size and clout” have been instrumental in driving the education reform movement’s success. Through his private foundation, the Eli and Edythe Broad Foundation, Broad has directed huge sums of money to initiate dramatic changes to school systems and educational leadership.

With a mission to “advance entrepreneurship” in education and other fields, Broad’s education donations have focused, according to the organization’s 2010 annual report, on “two issues Eli Broad knew well from his days in business: governance and management—school board to superintendent.”

In 2011, when Covington was in Kansas City, leaders of the nation’s three biggest districts—New York, Los Angeles, and Chicago—were products of the Broad pipeline, reported Education Week, and “21 of the nation’s 75 largest districts” had “superintendents or other highly placed” administrators who had “undergone Broad training.”

Upon Broad’s retirement in 2017, “experts” quoted in Education Week contended “his legacy in reshaping how private money can influence policy, and the politics around those ideas will extend into the foreseeable future.”

In describing Broad’s impact on school leadership, Barkan quoted a memorable phrase from Frederick Hess, an education scholar at the American Enterprise Institute, a reform-minded advocacy organization. Hess asserted that while most philanthropists focus on funding “programs,” Broad believed in creating “pipelines … for talented practitioners to advance and influence” how schools are managed and governed.

“Once Broad alumni are working inside the education system, they naturally favor hiring other Broadies,” Barkan added.

Broad’s investments in education reform were about redesigning schools “to function like corporate enterprises,” wrote education historian Diane Ravitch in her 2010 bestselling book The Death and Life of the Great American School System.

Acting more “corporate” was often interpreted by reform-driven school leaders to adopt a corporate language infused with business principles such as resource maximization, market competition, and getting a return on education investment. To make this business-minded agenda more palatable to the education community, practitioners of the reform creed tend to wrap their management practices in the rhetoric of being “about kids,” with promises to promote “equity” and “student-centered learning.”

But regardless of their intentions, reform-minded leaders, once in positions of power, have frequently been criticized for being “hostile to teachers,” “dictatorial,” and “anti-democratic.”

Also, despite their high-minded intentions, reform-driven school leaders, including those in the Broad community, don’t always have a clear, consistent track record of accomplishments. Most research studies on the impact school superintendents have on school performance and student achievement have found negligible results, and there are few to none independent research studies on the effectiveness of Broad leaders.

Further, the influence of the reform movement Broad helped enable is generally considered to be on the wane. The grab bag of policies the movement promoted—including high-stakes testing, curriculum standards, test-based teacher evaluation systems, and charter schools—is far from being uniformly successful. And many former acolytes of the cause increasingly consider the reform movement as over and a mostly failed endeavor.

But what Broad has done to shape school leadership is likely to stick, not because it has proven to help turn around troubled schools, but because it’s turned school leadership into a profession that does what corporations often do best: advance personal careers and help create higher profits for private enterprises.

Due to the influence of the reform movement, school leadership has undergone a “reorganization,” according to Thomas Pedroni of Wayne State University in Detroit.

In a phone conversation, Pedroni called school leaders who practice “market-based” approaches advocated by Broad and other reformers another effort aimed at “privatizing as much of the public system as possible.”

While the history of efforts to privatize public education extends decades before the advent of the reform movement, Pedroni believes the reform ideology driven by Broad and other philanthropists has rebranded the effort.

“In the educational privatization sphere, there are two factions,” he explained. “There is the Wild West market faction, which opposes taxation and public institutions and wants government to step completely out of the way once it has created the conditions for so-called educational markets.”

This faction, according to Pedroni, is most prominently represented by current U.S. Secretary of Education Betsy DeVos, a native of Michigan Pedroni had long followed prior to her ascendency to the Trump administration. Like Broad, DeVos used millions of dollars of her family’s money to remake public education systems to allow parents to use public funds to pay for private school tuition and to oppose attempts to regulate the private charter school industry.

“The other” faction pushing privatization, Pedroni said, is a bit different and not as aligned with conservative politics.

That faction seeks to “use the state as a regulatory body to control entry to the market,” Pedroni said. This faction supports taxing the populace to pay for public schools, and they want to keep funding in the public system. But they want to limit who can make decisions about how that money is spent and to keep those decisions behind a managerial curtain.

“I refer to the latter faction as more of the cartel system of market control,” he said.

Pedroni sees Broad as very much falling into the latter of the two camps. For instance, although Broad is a huge fan of charter schools, he also sent a letter to U.S. senators asking them to vote against DeVos when she was nominated to be secretary.

While members of an industrial cartel work to increase their collective profits by means of price-fixing, limiting supply, or other restrictive practices, Broad-inspired school leaders are seen by Pedroni to be working to increase their collective power by disrupting community-based governance, creating mutually beneficial relationships with private businesses, and limiting the supply of leadership ideas that are acceptable for transforming schools.

This is the first of a two-part article produced by Our Schools, a project of the Independent Media Institute.

Jeff Bryant is a writing fellow and chief correspondent for Our Schools. He is a communications consultant, freelance writer, advocacy journalist, and director of the Education Opportunity Network, a strategy and messaging center for progressive education policy. Follow him on Twitter @jeffbcdm.