No One Should Have to Bargain For Health Care 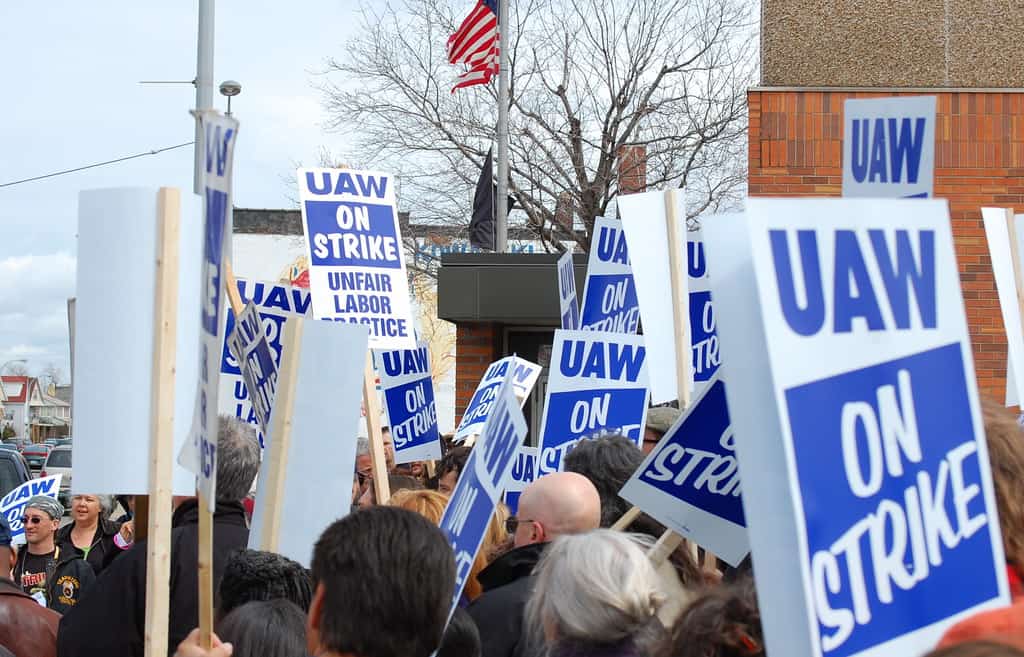 Nearly 50,000 members of the United Auto Workers are on strike, demanding that General Motors pay them their fair share of the billions in profits the company raked in last year.

The response from General Motors was shocking. The automaker, which accepted billions in government bailouts during the last recession, cut off its payment of insurance premiums for the striking workers.

As the news broke, former Vice President Joe Biden was at an AFL-CIO event, campaigning against a single-payer Medicare for All plan that would replace employer-provided insurance. “You’ve broken your neck to get it,” Biden told the crowd. “You’ve given up wages to keep it. And no plan should be able to take it away.”

But what if that’s actually the problem? Why should union workers — or anyone — be breaking their necks to get health care, a basic human right?

Health care has been a constant subject of debate among Democratic presidential candidates. Biden and others have argued that a single-payer system would be unfair to union workers who’ve taken pay cuts in exchange for better health care plans.

But, as GM showed, our current system turns health coverage into leverage for employers. What could unions could fight for if they didn’t have to constantly play defense against employers trying to gut their health care?

If we already had Medicare for All, the United Auto Workers could be using their collective power to fight for higher wages and better benefits. Instead, GM gets to use the health of its employees as a bargaining chip.

West Virginia teachers kicked off a strike wave last year thanks, in large part, to their own fight over insurance. The state offered educators two options: use a fitness-tracking app that forced them to earn a certain number of fitness points, or watch their premiums rise. They chose to strike instead.

Meanwhile, Americans already lose their health insurance all the time. That’s actually one of the biggest problems with the health care system as it stands.

Tying health care to employment is a terrible idea. In addition to failing anyone without a full-time job, it forces people to stay in bad positions just to keep their coverage. And when workers lose their jobs, they lose their insurance too.

That wouldn’t happen under Medicare for All, which would allow workers to make decisions about leaving a job or working part-time without panicking over their insurance coverage.

Then there’s the cost.

Health insurance alone makes up, on average, 8 percent of total wages and benefits, according to the Bureau of Labor Statistics. But workers are seeing their share of the costs rise at a higher rate than their wages. They’re getting stuck with a larger chunk than ever before.

Data shows that this burden falls heaviest on low-wage workers, who are already forced to spend a much higher share of their income on extra costs like premiums and out-of-pocket expenses.

By contrast, the Medicare for All plan now before Congress would cover all medically necessary services without co-pays and deductibles — an advantage critics like Biden rarely address.

Right now, the U.S. spends about two times as much as other high-income countries on health care, only to have poorer health outcomes. It’s obvious that the current system isn’t working — for union workers, or for anyone else.

No one should have to bargain for a human right.

Negin Owliaei is a researcher and co-editor of Inequality.org at the Institute for Policy Studies. This op-ed was distributed by OtherWords.org.