Can Business Put People Before Profits? 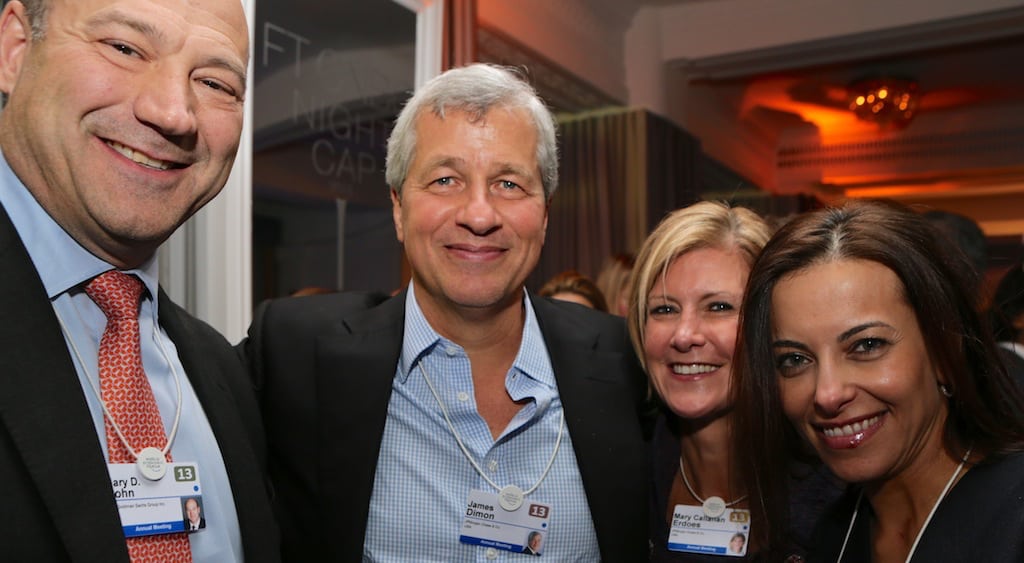 Gordon Gekko found religion last week. Gekko, the lead in the 1987 movie “Wall Street” about capitalism gone corruptly amok, is most famous for his phrase: “greed is good.”

Last Monday, real-world Gekkos – 181 corporate CEOs who belong to the Business Roundtable – signed a pledge saying they think greed isn’t so good, after all.

Instead of bowing at the altar of larger corporate profits to hand out to executives and shareholders, these CEOs declared that corporations must demonstrate some reverence for other stakeholders as well: workers, customers, suppliers, communities and the environment.

If corporations actually devoted themselves to achieving this goal, it would be a return to the decades of the 20th century between 1930 and 1970 when many corporations did, in fact, abide by these values. The American middle class was more robust then, as pay rose in tandem with productivity. Unions held a stronger position in the economy. And the disparity between CEO and worker pay was dramatically smaller. But believing the country will revert to those economic times without force is naïve. The Roundtable’s announcement is nothing but a stunt.

Though the 81 Roundtable CEOs signed the stakeholder capitalism document, practicing the principles is an entirely different thing. And not even every member of the Business Roundtable came around and endorsed the document. The “Statement on the Purpose of a Corporation” says those who did sign “share a commitment to all of our stakeholders.” They underlined the word all. And they wrote in the present tense, as if they were already operating their corporations this way.

That, frankly, is ridiculous.

Take, for example, these signers of the document: Amazon, General Motors, Duke Energy, Chevron and Honeywell. In 2018, they not only paid no taxes, they demanded taxpayers give them money.

Or take these signers: Pfizer, Johnson & Johnson, and McKesson. They all face lawsuits alleging they contributed to the opioid crisis that still kills 40 Americans every day.

Or how about signatory American Gypsum, one of four companies that agreed to pay $190 million to settle a price fixing case?

And there’s signer Duke Energy, which paid $102 million in fines and restitution after pleading guilty to polluting 70 miles of the Dan River.

Among the participants is General Motors, which benefited from the U.S. taxpayer bailout, and is now shutting down two American factories and plans to close three more in North America and lay off a total of 14,000 workers even as it expands production in Mexico. And there’s United Technologies, which depends on taxpayer dollars as a massive defense contractor, but which closed a plant in Indiana and partially closed another, Carrier, and sent the work to Mexico.

Also on the list of signatories is Bank of America, Citigroup, Morgan Stanley and JPMorgan Chase, all of which required bailout money from American taxpayers. JPMorgan Chase is led by Jamie Dimon, chairman of the Business Roundtable and evangelist for the corporate focus change.

It’s just great that 181 of America’s richest CEOs attained civic enlightenment. But their statement on the purpose of corporations came with absolutely no concomitant announcements of change.

Jamie Dimon could have led the way easily. He could, for example, end the bank’s exorbitant overdraft fees, which can rise to $102 a day. These fees, generally squeezed out of the bank’s poorest account holders, rake in $2 billion a year for JPMorgan Chase.

Dimon could raise the wages of the bank’s workers, which seems a natural after U.S. Rep. Katie Porter grilled him at a Congressional hearing about a JPMorgan Chase worker paid so little that she runs a $567 deficit each month.

"She's short $567, what would you suggest she do?" the lawmaker asked.

"I don't know, I'd have to think about that," Dimon said.

Similarly, on the very day that the Business Roundtable released the corporate pledge that featured Boeing CEO Dennis A. Muilenburg’s name, federal investigators determined there was sufficient merit to pursue nine unfair labor practice charges against the corporation.

The International Association of Machinists and Aerospace Workers (IAM) represents Boeing workers in Washington and Oregon, and workers there receive family-supportive wages and benefits.

But Boeing has fought its South Carolina workers’ attempts to unionize. A group of about 176 technicians in South Carolina voted last year to join the IAM, but Boeing is trying to overturn that election and now faces charges that it illegally fired five workers in retaliation for their support of the union.

If Muilenburg, whose compensation last year was $30 million, really believes Boeing’s workers are among the stakeholders to which the corporation has a “fundamental commitment,” he could have ended this dispute before the unfair labor practice charges were filed by rehiring the fired workers, recognizing the IAM and bargaining in good faith with the union.

Jotting down a bunch of words on paper with absolutely no accountability for implementing them is a lot easier than complying with mandates from Congress.

And right now, Congress is striking fear in the hearts of these CEOs. That’s part of what prompted this lovefest with customers and communities and employees. This Business Roundtable document was a preemptive strike intended to prevent Congress from actually requiring decent corporate citizenship. Legislation to place workers on the boards of directors of large corporations has been introduced, and U.S. Sen. Sherrod Brown sponsored legislation to give workers $1 for every $1 million corporations spend on stock buybacks, a maneuver that greatly benefits shareholders. If Brown’s proposal had been law last year, it would have put $20,000 in the bank accounts of every JPMorgan Chase worker.

CEOs can feel that cold breeze on their necks. Winter is coming, and not just in the form of legislation. There may be a downturn or possibly a recession on the horizon. And workers are restless already. They didn’t benefit from that giant tax break corporations demanded and got, the tax break that ballooned the national debt and deficit. Workers’ wages have been virtually flat for decades, while the rich continually got richer and richer. Young people are staggering under the burden of college debt and low-paid work, and they’ve told pollsters they want real change.

A whole crew of candidates for the Democratic nomination for president have offered programs to support labor unions and control corporate greed. They range from proposals to strengthen collective bargaining to those prohibiting corporations from buying back their stock unless they meet conditions like paying all workers at least $15 an hour and limiting executive compensation.

The Business Roundtable has gone back and forth on the duties of a corporation ever since University of Chicago economist Milton Friedman asserted in 1970 that despite the fact that society grants corporations benefits like limited legal liability for shareholders, corporations have absolutely no responsibilities to society.

Friedman wrote, "there is one and only one social responsibility of business--to use its resources and engage in activities designed to increase its profits.” The Roundtable embraced this greed is good philosophy is 1997, stating, “the principal objective of a business enterprise is to generate economic returns to its owners.”

Now, according to the Roundtable’s announcement on Monday, CEOs have experienced another conversion and plan a revival of 1950s corporate values. That assertion without action just doesn’t cut it.  Real transformation is essential. And that will only happen if laws change to enable unions to grow and flourish again and bring about real change for working Americans because Gekko and his ilk still believe in their cold black hearts of hearts that greed is good.