Have We Hit Peak Decadence In The United States? 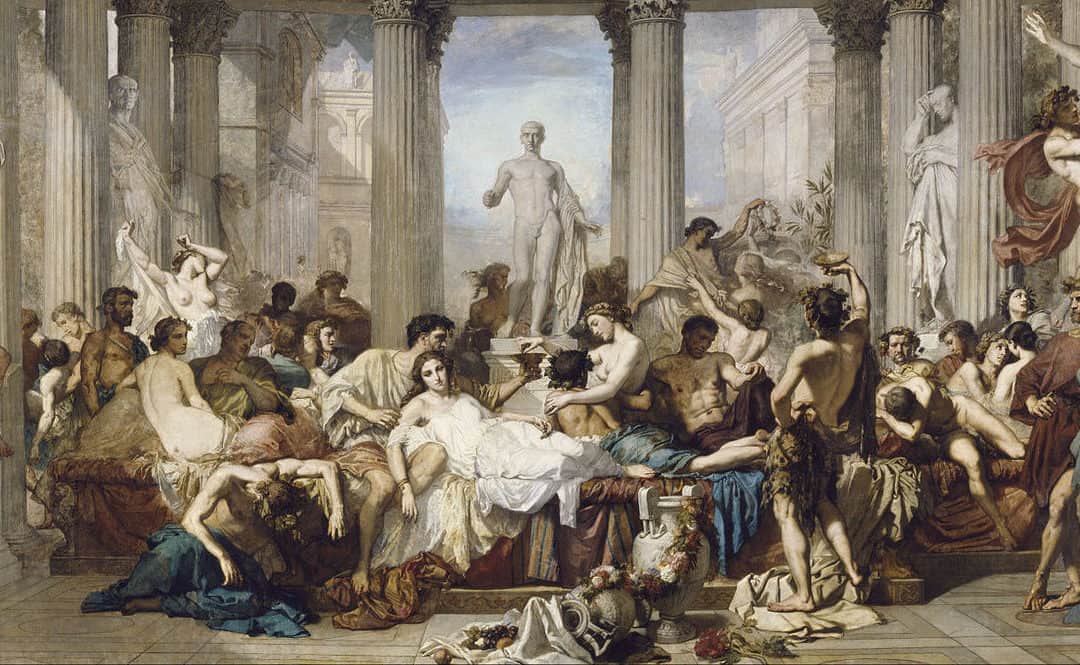 Have we hit peak decadence in the United States? Probably not. But we’re getting awfully close. The latest evidence just may be the “super-penthouse.”

What exactly counts as a super-penthouse? Luxury analysts at List Sotheby’s International Realty have taken on the task of defining this new phenomenon. To rate as “super,” these analysts now posit, a penthouse has to span at least 10,000 square feet, take up the top floor — or floors — of a residential tower, and offer “unimpeded 360-degree views” of the city down below.

The UK’s richest single individual, small appliance mogul Sir James Dyson, earlier this month picked up one of these super-penthouses in Singapore. Dyson shelled out $54.2 million for a triplex occupying the top three floors of a 64-story building that ranks as Singapore’s tallest.

Among the creature comforts in Dyson’s new triplex: a sky deck, a pool, and a 600-bottle wine “cellar” that sits about 1,000 feet above sea level.

But the undisputed epicenter of the emerging global super-penthouse scene remains Manhattan. On “billionaire’s row,” eight super-penthouses now tower (way) above New York’s fabled Central Park. This past January, hedge fund billionaire Ken Griffin bought one of them for $240 million, over double the previous record for a Big Apple residential sale.

Griffin won’t actually spend all that much time in his new super pad. He’ll be stopping by and using it only when he visits Manhattan. And Griffin visits lots of places. He owns a string of luxury residences, including, the New York Times notes, “the most expensive apartments ever sold in Miami Beach and Chicago.”

Manhattan makes an ideal home base for the super-penthouse surge. The world’s original “penthouses” date back to early 1920s New York and architect Emery Roth. This famed designer put luxury accommodations atop two new 15-story twin towers at the corner of Broadway and 82nd Street.

Before Roth, the tops of tall buildings had operated as a distinct low-rent zone. Elevators hadn’t yet come into their reliable own, and floorspace at and near the top of new buildings usually ended up filling with construction debris and servants’ quarters. The rich of the day much preferred first-floor residences. No stairs to climb.

But that would all change as technology advanced and America’s richest became fabulously richer. By the 1920s, new elevator systems could whisk passengers safely up to a building’s top-most floors. Artists in New York would be the first to take advantage. They started “gentrifying” the city’s rooftops. Stepping out on top of New York soon became trendy enough to attract deep-pocket interest.

The resulting initial penthouse golden age wouldn’t last long. By decade’s end, the ballooning fortunes at the summit of America’s deeply unequal economic order would pop as the nation collapsed into the Great Depression. Penthouse America would collapse with it.

New York’s grandest penthouse — the 54-room, three-story extravaganza that cereal heiress Marjorie Merriweather Post Hutton called home — would go vacant in 1940 and stay that way for the next 10 years. The new, much more equal post-war America simply did not have a deep-pocket market deep enough to sustain “palatial penthouses.” In the 1950s, realtors would bust up the Merriweather Post Hutton digs into six separate apartments.

America’s penthouse culture wouldn’t start reviving until the 1970s when the two driving forces of growing mid-20th-century equality — high tax rates on high incomes and a robust labor movement — both started unraveling. The super rich would soon be back with a vengeance — and a hankering for luxurious penthouse real estate. By 1998, developer Donald Trump could ask and get $100,000 a month for his penthouse atop the 45th-story of the Trump International Hotel and Tower.

Two decades later, with Donald Trump in the White House, $100,000 a month won’t get a foot in the door of the hot new super-penthouse market. In Miami Beach, the asking price for a six-bedroom, two-infinity-pool super is running $68 million.

But real decadence doesn’t come from rooftop infinity pools alone. Real decadence comes only when those atop our new needle towers can look down from their lofty perches and not make out the homeless men and women sleeping on the streets so far below.