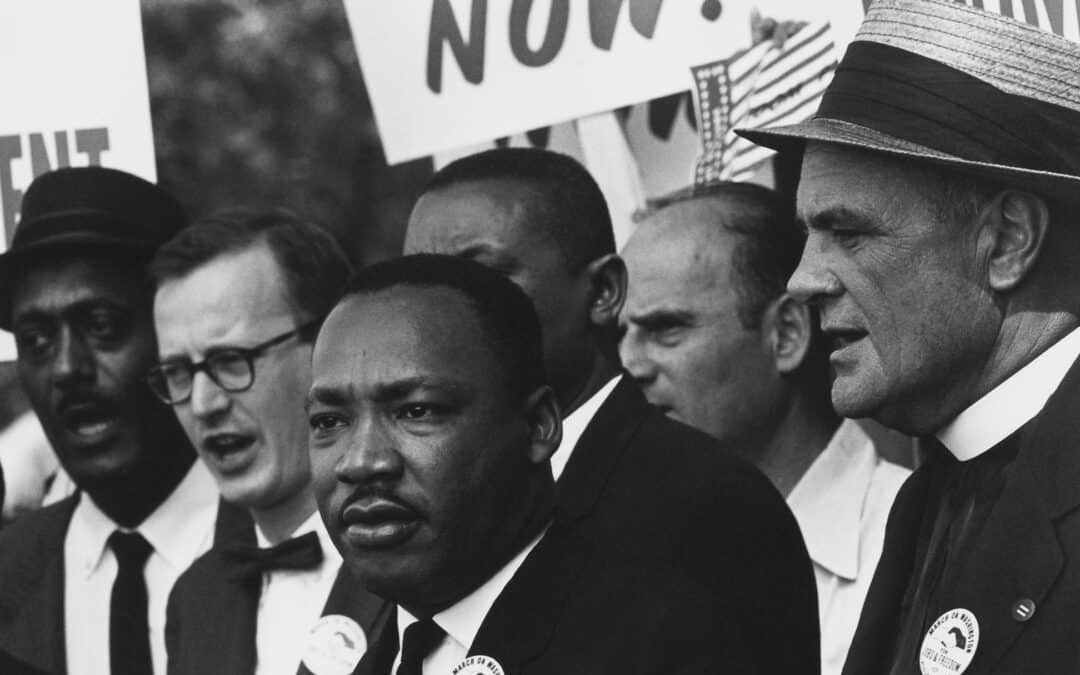 As a community organizer, I often imagine what it would have been like to march with Dr. Martin Luther King, Jr. and win the Voting Rights Act. I always find inspiration in Dr. King’s words, especially this passage from his final book, Where Do We Go From Here?

“Let us be those creative dissenters who will call our beloved nation to a higher destiny,” King wrote. “To a new plateau of compassion, to a more noble expression of humanness.” 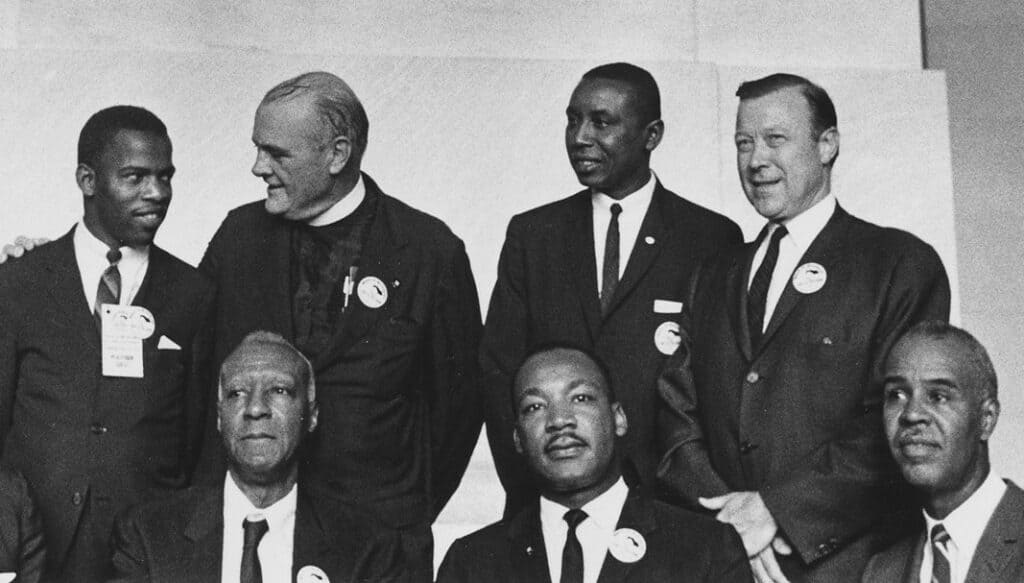 Seen from today, the achievements of Dr. King and his generation seem monumental - they opened the door to civil rights for millions. Surely theirs must have been the best, and most satisfying, time to be an organizer.

But the truth is community organizing is never easy. In Dr. King’s time, as now, change never feels inevitable - even when, looking back, you were on the cusp of victory. And the resources you need to create lasting change are rarely available when you need them.

That’s one reason I wholeheartedly believe that we are living in the best time in decades to be a community organizer, with the opportunity to finally realize a key part of Dr. King’s dream. Because right now, a new generation of dissenters and organizers has won investments into our communities at levels we have never seen before. 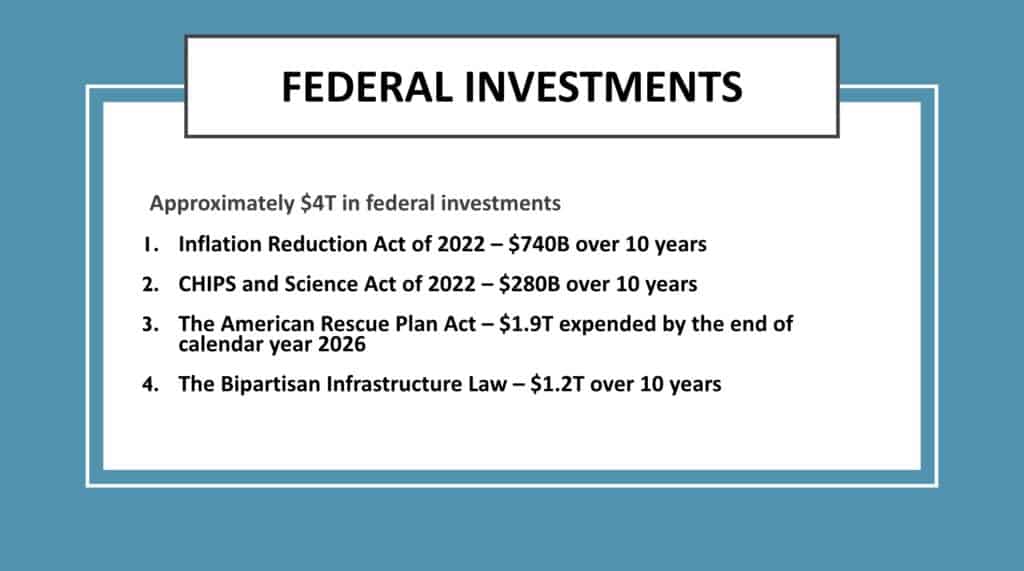 Over the next ten years, roughly $4 trillion will be invested across the country through four federal programs: The American Rescue Plan Act (ARPA), the Infrastructure Investment and Jobs Act (IIJA), and the CHIPS and Science Act (CHIPS) and the Inflation Reduction Act (IRA).

This is an enormous level of investment - more than four times the total size of Franklin Roosevelt’s New Deal. Nearly half of these funds are already available to communities through ARPA, with the rest to come soon. And none of this would have happened without decades of work by dedicated community organizers.

But just as with the Voting Rights Act, the passage of these laws only opens the door: they don’t achieve everything we want, and it will take many hands to unlock their full potential. And unlike the New Deal, these funds are spread through an often-confusing web of agencies and grants, with different rules in every state. But the opportunity to make tangible improvements to the lives of millions of people is real, and this is where we, as community organizers, come in.

Good organizers know how to “cut an issue” - help communities understand what is at stake and recognize an opportunity for action. We bring people together, get to alignment and consensus, build solidarity and trust in one another. We inspire, and most importantly, move people into action to create change together.

As organizers, we have strong intuition for big moments, and if we ever needed an opportunity that could build community cohesion and solidarity, this is what we have been waiting for!

People’s Action’s Leveraging Federal Resources program, led by senior strategist Ann Pratt, is working with our member groups to identify and navigate these federal funding opportunities so they can find and demand the resources that will help their communities most. We also work with them and their elected officials to make sure these resources reach communities in the most effective ways.

One example of this is in Pennsylvania, where the Whole Home Repairs Act has helped make $125 million in ARPA funds for home improvements available to communities across the state. This law was written and championed by two state lawmakers who came through our candidate trainings, Nikil Saval and Sara Innamorato, and with the support of our local affiliate, Pennsylvania Stands Up. 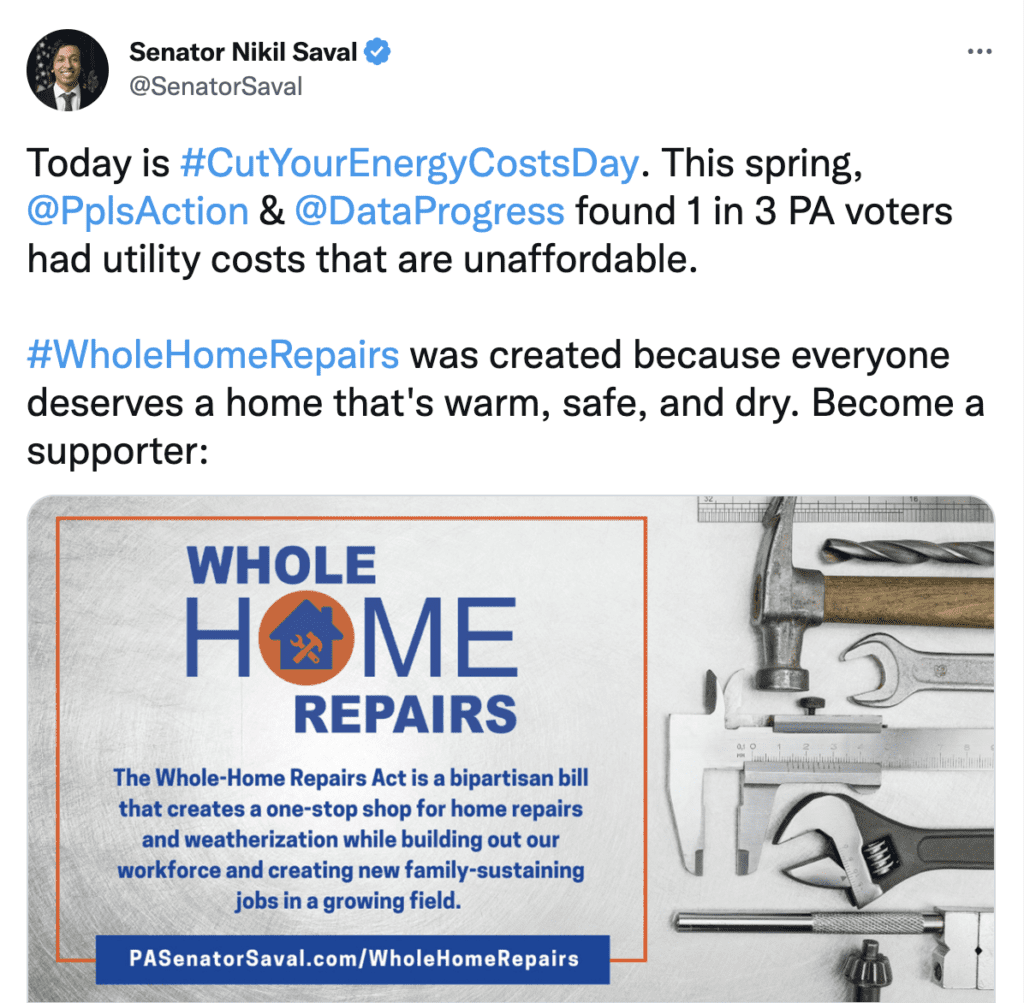 By taking the message of Whole Home Repairs to local communities across the state, PASU and these lawmakers were able to build support across political lines in both rural and urban areas. And most crucially, implementing home repairs now through ARPA will then make it easier for homeowners and communities to qualify for green energy improvements in the future.

This strategy is replicable, and is now being studied and followed by People’s Action member groups in Connecticut, Washington State and Massachusetts and beyond. 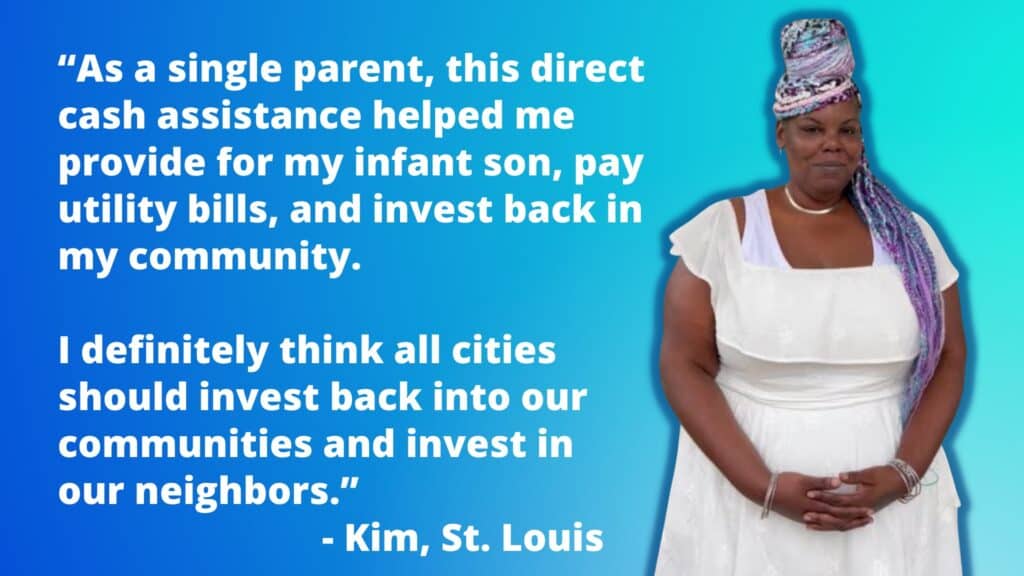 There are more victories to celebrate - such as in St. Louis, where Missouri Jobs with Justice helped fund a Guaranteed Basic Income, and on the Jersey Shore, where the New Jersey Organizing Project won ARPA funds to help families fully recover from Superstorm Sandy. We’ll hear more about this soon - but what excites me is the opportunity these victories create to bring thousands of people into our fight to create a better future for all.

These are just a few examples of what these federal funds can do when they are coupled with good organizing. Each of these victories helps build the muscle we need to reach the next one - from ARPA to IIJA, CHIPS and the IRA. As good organizers, we know how to research, build relationships, take information and then turn all of this into strategies that deliver results for our communities.

Good organizers will recognize the opportunity these new programs offer to help us restore our belief in one another, and in what government can do for - and with - us, when we cogovern with officials like Saval and Innamorato who share our values and commitment to fight for us all.

So yes, we are living in one of the best times in history to be an organizer, because we have the opportunity to more fully realize King’s dream.

If we want to have a multiracial democracy that finally lives up to its promises and potential, we have to start by restoring our faith in one another, in what good government can do, and the ability of collective action to improve our lives. Gale Cincotta, one of the founders of People’s Action, is often called the “Mother of the CRA” for her role in fighting for the passage of the Community Reinvestment Act in 1977. This law, which outlawed the practice of redlining, was born out of her tireless efforts to stop banks from discriminating, first in her own neighborhood in Chicago, and then nationwide.

The CRA, like the Voting Rights Act, only created a mechanism to end discrimination, but did not do so on its own: it takes fearless champions like Gale to hold the powerful to account.

Then, as now, it is up to us to fully realize the promise. Like King and Cincotta, at People’s Action we are hopeful realists. It’s important and our responsibility to help deliver on the potential of federal programs like these to create opportunities for those who have been excluded, especially for people of color to be part of an economy where we all can thrive. If we do, we can bring in hundreds of thousands of those who feel left behind into our work. So we must use everything we have in our toolbox as good organizers to build power with and for them.

I came to People's Action because of its history of great organizing and because I truly believe that we are actually living in one of the best times in decades to be a community organizer. It is our job, as Dr. King reminded us, to always be “creative dissenters” - to both show and build a path towards a future others can not yet see. We can do this. Let’s do it together.