Elect Working People For Everything 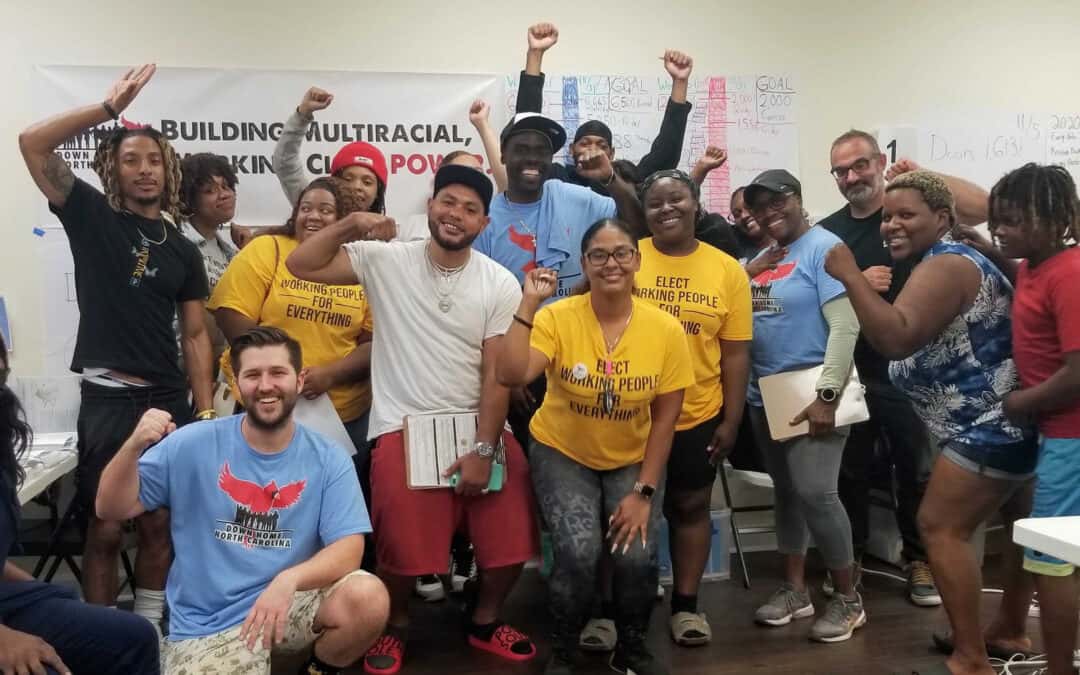 The 2022 midterms were full of surprises to many political pundits, analysts, and consultants. A popular narrative predicting a massive Republican wave election turned out to be wrong, with Democrats retaining the U.S. Senate and performing stronger than expected in many states despite serious inflation and low favorability ratings for national party leaders.

A major force behind these election results is an often overlooked list of scrappy, grassroots organizations focused on building working class power through political engagement, voter education, and better candidates. In my corner of rural America, that group is Down Home North Carolina.

“Our strategy is going places where no door knockers and no phone canvassers have gone before,” Down Home’s Dreama Caldwell told me when I asked her about the group’s 2022 election efforts. “80 of our state’s 100 counties are rural. We focus on rural people and rural places because there’s no path to victory in our state without a rural strategy. There tends to be less voter engagement in rural communities, and we’re flipping that script here in North Carolina.”

Wearing shirts that read “Elect Working People for Everything,” Down Home’s volunteers and staff knocked on more than 150,000 doors during the election cycle, leading to 36,712 in-person conversations with potential rural voters. The group’s phone canvass team made more than 155,000 phone calls and sent over 181,000 text messages. They also sent more than 500,000 pieces of rural mail.

The goal of this massive mobilization was to support Down Home’s slate of working class candidates for state legislative races, county officials, and multiple school board districts. Ultimately, Down Home’s election efforts helped to elect two new rural working class candidates to the state house and one to the state senate, preventing the Republicans from obtaining their sought-after supermajority.

Down Home member Lisa Hanami knocked on hundreds of doors in Cabarrus County. She was particularly proud to be getting out the vote for newly elected state representative Diamond Staton Williams, a Black nurse who won by just 425 votes.

“We knocked on doors and talked to people about the issues that matter to us. Issues like being able to put food on the table, being able to just pay your bills. Most people we talked to agreed that we need stronger candidates who are actually working class themselves, and Diamond, she’s one of us. She’s a nurse, a regular working class person,” Hanami said.

When she was growing up, Hanami was challenged by her grandparents to become politically active, to join the family tradition of activism and organizing for racial justice and economic equality. Her experience knocking doors in Carrabus County was her first major campaign.

“When you meet people in person, get to know them, you start to realize there are different problems than we hear about in the mainstream media. And that especially matters based on what media people are listening to or watching. I found out so many people had bad information, even misinformation. That’s a problem, and one way to solve it is more face-to-face interactions,” Hanami said.

Caldwell told me that Down Home is committed to deepening its voter engagement work in rural North Carolina in the years to come. “What we’re trying to do is build a bigger ‘we.’ Our organizing in rural communities is a year-round commitment. And we’re finding that where we work the election results are a little less red each time. And we’re inspiring more working class people to get involved, to run for office themselves.”

I’m hoping that voter engagement efforts like this can spread throughout the countryside, growing in impact and influence here in rural North Carolina as well as other areas where working class issues are being neglected by mainstream politics. And selfishly, I’m hoping that Down Home can get the attention and funding they deserve to grow their organizing efforts to where I live in the mountains of Transylvania County. Working class politics grows the map in rural America, and that’s a lesson we all need to remember come 2024.