First We Celebrate, Then We Fight 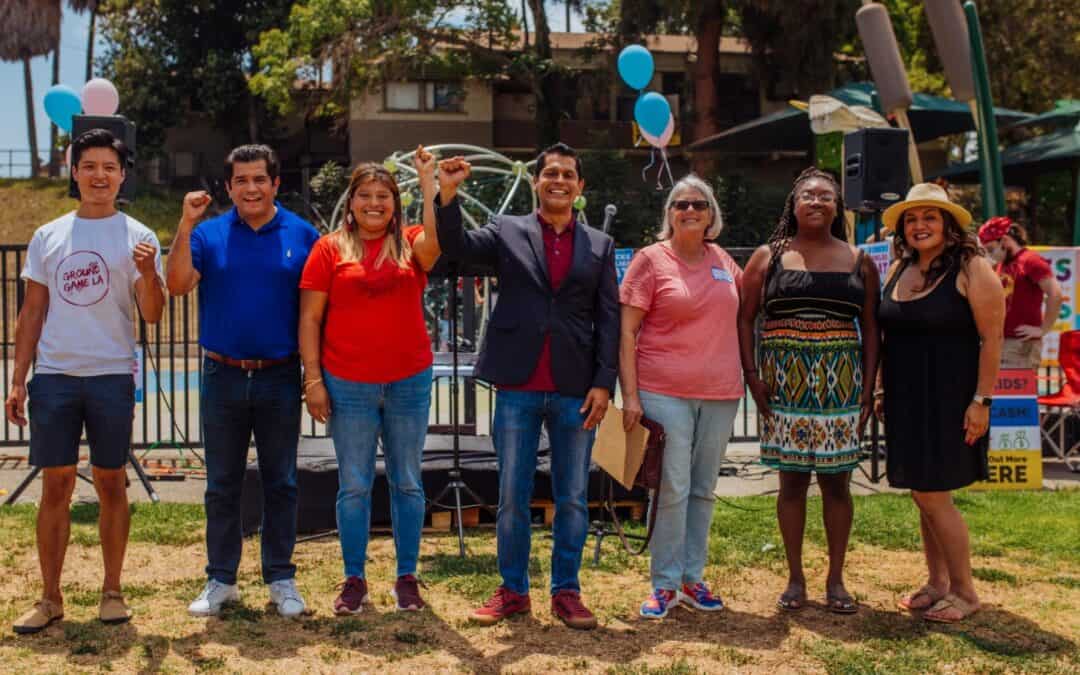 July 15th is a day every American should celebrate. That’s when families began to receive direct payments of as much as $300 per child, payments they’ll now get every month through the end of the year, along with a tax credit.

This is a game changer for the millions who may now be able to afford childcare for the first time, or to feed their families for the whole month, instead of just part of it.

The CTC is anticipated to cut child poverty in half, and could be a first step towards ending child poverty in the United States. Many - including U.S. Treasury Secretary Janet Yellen and People’s Action - call for these payments to be made permanent.

The Child Tax Credit is one of the most important elements of President Biden’s effort to #BuildBackBetter, part of the $1.9 trillion American Rescue Plan he signed into law on March 11 to help the country recover more quickly from COVID-19. In April, Biden proposed an extension of  this credit as part of the American Families Plan, and has now also called for it to be made permanent.

Winning the CTC is a victory in a fight that began long before the election last November. It is one of the priorities progressives have long lifted up as important, and advocated for with Biden’s team during the campaign. So indeed, we should celebrate this win.

But at People’s Action, we’re organizers first and foremost - so we know any policy win is only as good as its implementation. That’s why we are assertively engaged with the Biden administration and Democratic leadership in Congress to make sure implementation of the Child Tax Credit and other ARP policies and programs is done right, so dollars and benefits reach those who need them most. 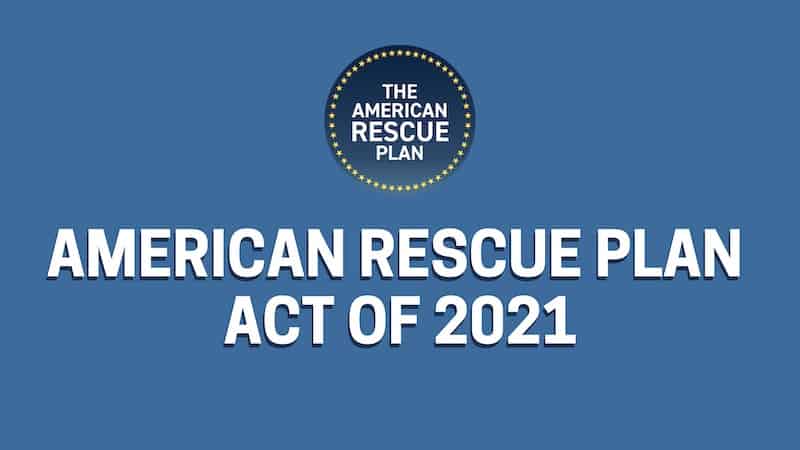 We have created a working group of People’s Action member leaders from around the country to focus on American Rescue Plan implementation. Together, we dig into how money flows into states and localities, in biweekly meetings, and what we can do to make sure it gets spent on what people need and want.  We have a similar accountability plan to track the additional funds that will come through the passage of the American Jobs & Families Plans.

In the end, as much as $6 trillion may flow to families and working people from the government through relief and recovery initiatives. This is the biggest infusion of funds since World War II, and seven times the amount of stimulus that followed the 2008 fiscal crisis. So we need to be ready.

People’s Action recently met with representatives from Treasury to report on issues with implementation we’re seeing on the ground, and to explore how we can ensure these funds will be most helpful to the low-income, Black and Brown communities who were most impacted by COVID.  We also worked with member groups to submit comments on the Treasury Interim Final Rule Regarding Coronavirus State and Local Fiscal Recovery Funds Regulation. 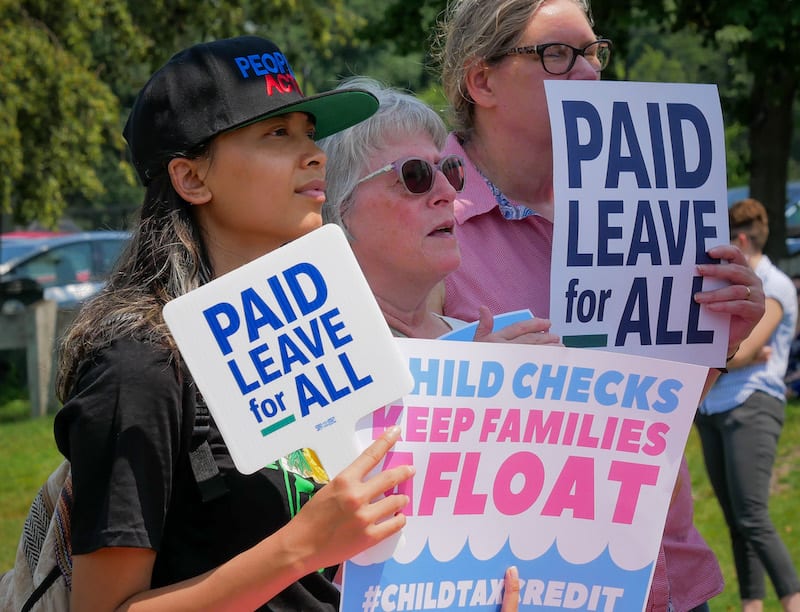 Improving the lives of working people in real and measurable ways depends on three things: transparency, participation, and accountability. That’s why it’s just as important that our member groups reach out in their communities so every eligible person learns what they need to know to benefit from the CTC and other stimulus measures.

In this spirit, People’s Action member groups anchored events across the country to celebrate the rollout of the CTC, in partnership with the Economic Security Project, Community Change, Income Movement, Moms Rising and other organizations. These events are opportunities to not only celebrate this victory, but also to make sure people know what brought it about - organizing and getting people on our side elected into office - and so people know how to access these new benefits. 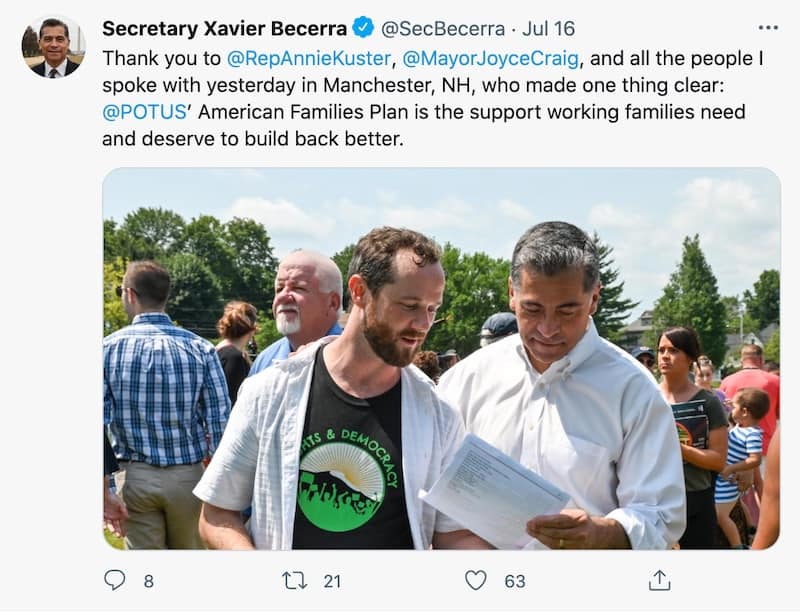 In New Hampshire, members of Rights & Democracy were joined by U.S. Representative Annie Kuster (NH-02) and Secretary of Human Services Xavier Becerra at a "block party" in Derryfield Park in Manchester. In between a limbo contest, Ben & Jerry's ice cream and a water balloon toss, RAD members and these officials spoke about the new benefits available to families, and next steps in the fight, including #PaidLeaveForAll. RAD Executive Director Isaac Grimm gave Sec. Becerra a letter documenting the hundreds of signatures they gathered to support his nomination, asking for a meeting with People's Action groups to discuss ongoing healthcare priorities and the overdose crisis.

In Cincinnati, Ohio, U.S. Senator Sherrod Brown joined representatives from community groups for a roundtable discussion on the CTC, and held a broader conversation with members of Communities United for Action (CUFA) about next steps in the Democrats’ economic recovery agenda, including what can be done to improve access to housing and for the environment  - including local sewage water issues.

And in Indiana, which has two Republican Senators, who both voted against the ARP, Hoosier Action took a different tack: around fifty moms and children delivered childrens’ drawings to the offices of Sen. Todd Young, along with lifting up testimonials about how the CTC will directly benefit Hoosier families, urging him to meet with Utah Senator Mitt Romney and other Republicans who may ultimately be open to supporting the Child Tax Credit, to discuss how and why these benefits should be made permanent. 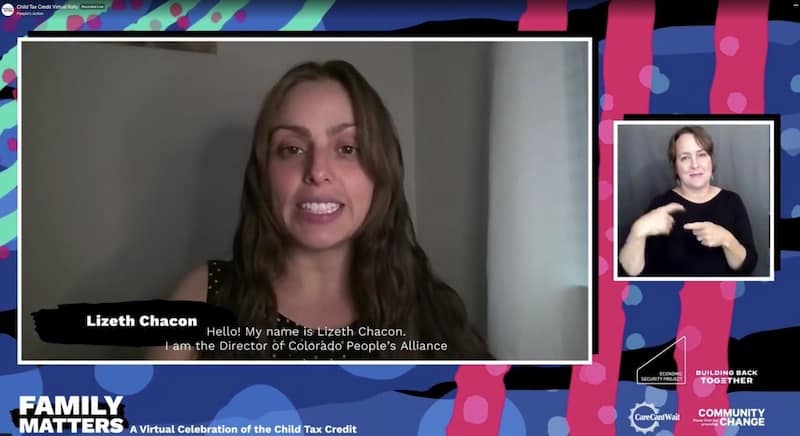 On July 15th itself, Lizeth Chacon - executive director of the Colorado People’s Alliance and Board Chair of People’s Action - spoke as part of a special livestream celebration of the CTC that included Sens. Elizabeth Warren, Raphael Warnock, former Secretary of State Hillary Rodham Clinton, and Vice President Kamala Harris, organized by the Economic Security Project and cosponsored by dozens of movement partner organizations.

Lizeth spoke directly to the Latinx community about the benefits of the Child Tax Credit, how to access it, and she pushed back on some of the misinformation that has been spread about potential impacts of the CTC rollout on other benefits.

“We’re excited about the opportunity we have now across the country,” Chacón said, speaking in Spanish. “It’s one of the public policies that will most transform the lives of many of our families.”

There are more bold initiatives to come, with the potential for trillions more in investment to turn the President’s promise to #BuildBackBetter into a reality for working people and families. Our fight to ensure these benefits - from the American Rescue Plan and all stimulus efforts that flow through the upcoming Budget reconciliation process - reach those who need them most has only just begun.

At People’s Action, we will never rest until they do.