Vermont Wants to Heal the Overdose Crisis, Do You? 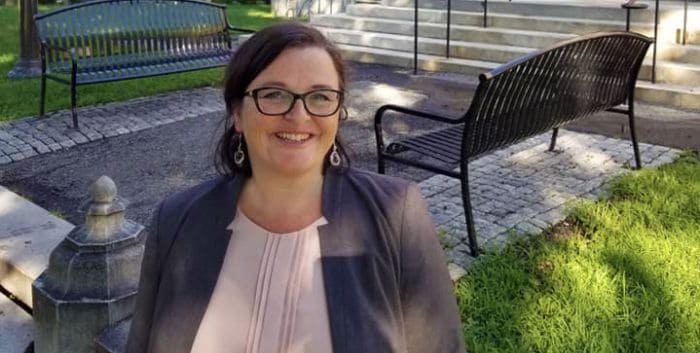 On June 1, Vermont became the first state in the nation to remove criminal penalties for possession of “therapeutic amounts” of buprenorphine. This amounts to a one- to two-week supply of this lifesaving treatment for people who suffer from Opioid Use Disorder.

Vermont's decriminalization of buprenorphine marks a sea change in our nation's approach to drugs, fifty years after Richard Nixon launched his "full scale attack" on drug use and users, which later became a full-blown War on Drugs. This "war" has cost trillions and completely failed in its mission to save lives. So it is time for Vermont, and the rest of the nation, to change course.

Vermont's measure is part of a strong slate of bills our legislature introduced this session to heal the overdose crisis. [2, 2A, 2B] All these bills are aimed at removing systemic barriers to surviving this disease by centering harm reduction and initiating the process of untangling the criminal justice system from substance use.

The long and arduous uphill battle to make this bill a law began with advocates on the ground, people in recovery, people in active use, family members who had lost loved ones and a few brave people with political platforms who were willing to put science, data and lived experience at the center of policy to heal this crisis.

On March 8th of 2018, I lost my nephew, Kaya Siegel to an overdose, after a year in recovery and a long battle with Opioid Use Disorder. [3] He was the son of my brother, Johnathon Siegel, who died just over 20 years before him, also while using heroin. Both suffered from trauma and bipolar disorder.

Even with a generation between them, the support still did not exist to get them the help that they needed to survive.

In June of 2018, Chittenden County State’s Attorney, Sarah George, announced that she would no longer prosecute Vermonters for personal possession of buprenorphine. [4] The police chief in Burlington followed suit, effectively decriminalizing this lifesaving medication. That same year, Chittenden County saw a 50 percent decrease in overdose deaths. [5]

A month later, as a then-candidate for governor, but mostly as someone desperate to ensure that no one else would have to bury a loved one, as my family had already done twice, I proposed a four-part plan to heal the overdose crisis. [6, 6A] This included, for the first time, the decriminalization of buprenorphine. This bill, removing criminal penalties for possession, was originally introduced in the 2019 session by Representative Selene Colburn [7], a progressive legislator from Burlington.

In Vermont, like all across the country, even as policies change, major barriers to treatment still exist. Overdose deaths increased by 38 percent in our state last year [9] - in large part because we have not embraced a move away from the criminal prosecution of drug users toward a public health approach to provide them with help. In our state, people often have to drive too far to get the help they need, if they can get it at all.

A recent study shows that if treatment is unavailable within ten miles, overdose deaths increase. [8] Often people in Vermont are forced  to travel up to three hours to access medically assisted treatment, impossible for many and needlessly endangering them even more.

Doctors say that about 80 percent of patients with opioid use disorder started out by choosing non-prescribed buprenorphine. The good news is these same folks are far more likely to find sustained recovery. [10, 10A, 10B,]

So finally, Vermont lawmakers have followed science, data and lived experience experts to create a policy that holds real promise in saving lives.

Throughout my nephew’s battle with opioid use disorder, he was derailed countless times by a system that is designed to punish people who use drugs, not help them. It is long past time to dismantle Nixon's cruel, outdated War on Drugs, which criminalizes this public health issue and rather than heal the problem, has left our country with the equivalent of mass graves filled with our children.

What started as Nixon's War On Drugs was later embraced by presidents of both parties, costing us trillions of dollars and lives. It has overfilled our prisons and caused intergenerational trauma which disproportionately affects Black and Brown communities and those in poverty. It has failed, claimed hundreds of thousands of lives.

It is time to heal this crisis. This system was people made, it can be people fixed. We can choose another way. The damage done to those who have lost loved ones, can not be undone. But we can honor those we have lost, by giving those still with us tools for survival and healing.

In 2020, the overdose crisis claimed more than 89,000 lives across the United States [11], the most ever in recorded history. It is time to change course: we need a better way. Criminalizing drug use and restricting access to treatments has done absolutely nothing to slow or stop the overdose crisis from getting worse. There is not one single benefit to continuing on this failed path.

The tools are available for us to save lives now, all we have to do is use them.

Brenda Siegel is a member of Rights and Democracy Vermont, part of the People's Action national network of grassroots groups. A longtime advocate for buprenorphine legalization, she ran for governor of Vermont in 2018 and has proposed measures to ease access to lifesaving treatments like buprenorphine for substance use disorder.

[2] Press Conference on Release of Slate Of Bills https://fb.watch/5Tv-DVo_UF/

[6A] Brenda Siegel’s Plan To Heal The Overdose Crisis: https://fb.watch/5TyVvtGAfZ/