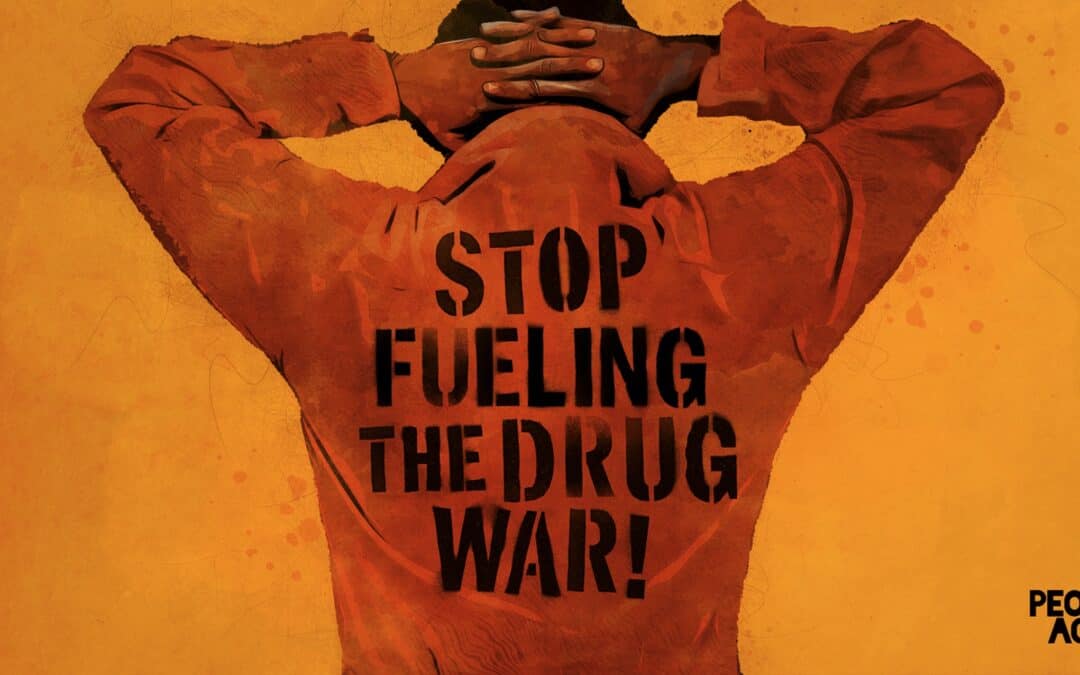 Fifty years ago, on June 17, 1971, President Richard Nixon declared a “full scale attack” on drug use. It was the beginning of the War on Drugs.

Nixon — and many presidents since — promised the War on Drugs would save lives. Trillions of dollars later, incarceration and preventable overdose deaths have skyrocketed and continue to rise.

After generations of broken lives, broken families, and broken dreams, we must end it now.

Nixon’s War on Drugs turned out to be a war on people. Once he saw there was no political benefit in drug treatment, he declared “an all-out war on the drug menace” with a federal Drug Enforcement Agency and stiffer penalties. This helped Nixon target his political enemies.

As White House advisor John Erlichman explained, “By getting the public to associate the hippies with marijuana and blacks with heroin, and then criminalizing both heavily, we could disrupt those communities. We could arrest their leaders, raid their homes, break up their meetings, and vilify them night after night on the evening news.”

“Did we know we were lying about the drugs?” Erlichman asked. “Of course we did.”

Nixon’s “tough on crime” stance did not save his presidency, but his War on Drugs — and its disproportionate impacts on America’s poorest communities — continued. Leaders from Ronald Reagan to BIll Clinton and Joe Biden, when he was still a tough-on-crime senator from Delaware, have spent billions on this failed policy, knowing all it buys them is short-term political gain.

The DEA’s budget is $3.1 billion today, with many billions more spent on incarceration and military drug enforcement. Yet 2020 was the worst year in history for overdose deaths.

President Biden now tells us he wants to break from the failed policies of the past to improve the lives of regular people. He calls for green jobs and infrastructure, and expanded access to health care. Will he also, finally, call for an end to the War on Drugs, and invest in public health measures to save lives?

This is a historic break from the “punish first” drug policies that have caused so much heartbreak. It came after People’s Action, a national grassroots network, led more than 200 drug and health-focused groups to call for an end to the War on Drugs in favor of evidence-based solutions rooted in racial and economic justice and compassion.

But words are not enough. President Biden needs to follow through on his campaign promises to decriminalize drug use and offer treatment to drug users. He should throw his full weight behind the Mainstreaming Addiction Treatment (MAT) Act, so health care providers can prescribe treatments for addiction.

But President Biden’s approach to drug policy thus far has been one step forward, two steps back. He says he supports the best solutions, but retreats when he fears a political cost — like when he extended the blanket scheduling of fentanyl, which increases overdose deaths and imposes harsh penalties on users.

Does Biden have the courage it will take to truly end the War on Drugs?

Vermont just became the first state to decriminalize small amounts of buprenorphine, a prescription drug that eases addiction. New York State just said it will no longer punish those who carry clean syringes. And in Portsmouth, Ohio, community members defeated their police department’s bid to buy a $256,000 armored tank, so that money can go towards saving lives.

But we need leadership from the top. President Biden, it’s time, once and for all, to end the War on Drugs and invest in the best public health strategies that will save lives. It’s up to you.

Ellen Glover is the Campaign Director for Drug Policy, Harm Reduction, and Criminal Justice for People’s Action, a national network of grassroots groups with more than a million members. This op-ed originated at OurFuture.org, and was also distributed by OtherWords.org.