With Environmental Justice, the Devil is in the Details 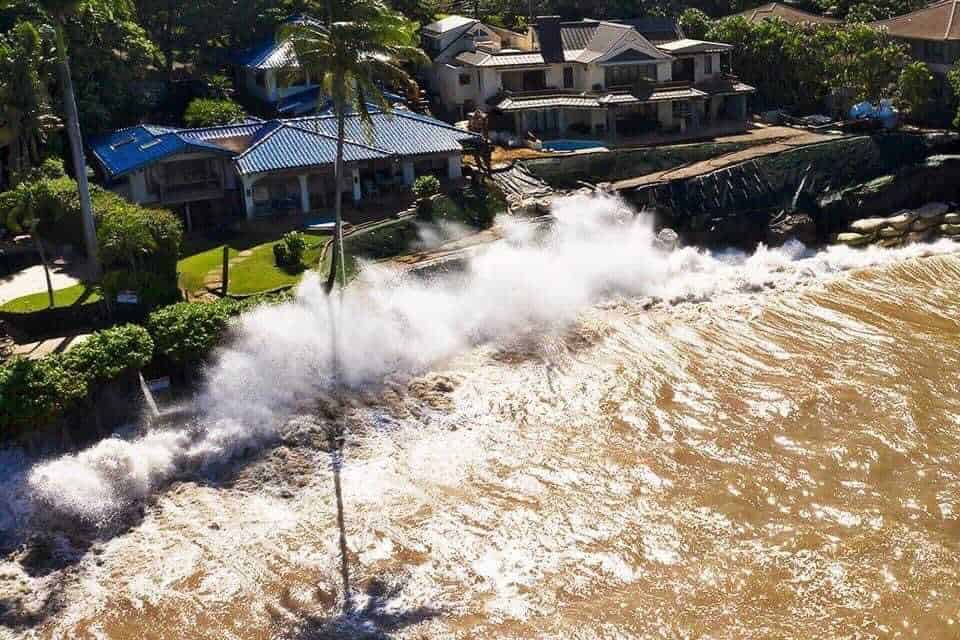 It’s invigorating to see some of our leaders finally reckon with the most abiding problem of American climate politics: that green does not always mean equitable.

Many well-meaning climate policies have in fact exacerbated class, gender, and race inequities for decades. In Hawaii, working people subsidize property relocations for wealthy snowbirds who recklessly built their homes too close to our rising seas. In New York, insatiable developers collect public dollars for ill-defined “weatherization” projects, which too often translate to gentrification.

Across rural areas and the southern United States, sky-high electricity bills stretch working families thin, leaving only corporations and the wealthy able to reap the rewards of rooftop solar. Mix in systemic racism and a global pandemic, and it’s baffling how so many of us climate organizers of color have remained hopeful enough to carry on this far.

But here we are. Our communities flipped the House, Senate, and White House – and things are finally looking up. Congresswoman Cori Bush and Senator Ed Markey have introduced landmark Environmental Justice legislation (the Environmental Justice Mapping and Data Collection Act of 2021), just one day after President Biden announced his “Justice40'' initiative, along with an ambitious suite of executive orders geared towards climate jobs and justice.

This unprecedented spate of good news marks a massive shift of focus for Democrats: from regressive “carbon pricing” to a whole-of-government, intersectional approach to climate action. It’s a rebirth of the hope organizers have so desperately needed to breathe new life into our communities and keep building the cross-class, multiracial coalition that we need to win.

Still, our optimism is set against the backdrop of experience. We’ve learned through countless political bouts that the success of these policies will depend on the specifics of their implementation. Especially when federal policy meets frontline communities, the devil is in the details.

But in order for the Justice40 policy to work as intended, the Biden administration must first specify how they are mapping and defining “disadvantaged communities.”

What unit of analysis will it use?

Which indicators will it use to score communities?

Are singular scores for each district appropriate or fair?

An ideal map and screen would utilize census tracts over zip codes or county lines and offer a diverse collection of data indicators beyond pollution and income: unemployment rates, the burdens of flood and fire insurance, fossil fuel infrastructure, racial demographics, and even police and sexual violence rates to account for the real trauma of systemic oppression.

The obsolete and inadequate federal data tool, EJSCREEN, should be replaced by a brand-new, state-of-the-art, interactive mapping system that is updated yearly with new data sets. Administrators should contract with local organizers and social service providers to collect new data whenever possible, similar to the Census Bureau. We know our communities best.

Authors of the Bush-Markey bill worked with movement organizers to include many of these suggestions. The Biden administration should adopt Bush-Markey as a floor for its “Justice40” initiative while it carries out the 120 day listening tour outlined in the executive order. House and Senate Leaders should also borrow language from the bill as they formulate the recovery packages through the budget reconciliation process and/or filibuster reform. After all, Bush-Markey is squarely aligned with the “THRIVE Agenda'' that Senate Majority Leader Schumer has boldly been championing alongside the Green New Deal Network and over 100 co-sponsors.

Once a comprehensive national equity map and funding screen is created, one could imagine government officials, community organizers, and social service providers creating various new uses for the tool. Perhaps the tool will help non-profits determine which specific interventions are best suited for each micro-targeted community. Perhaps state and local governments will utilize geographical boundaries to determine where infrastructure funds or social services will have the most impact, in lieu of the administrative and political nightmare of means-testing. This could increase the efficiency and accuracy of social programs and save already overburdened recipients from the hassle of populating endless forms. The full potential for a state-of-the-art national mapping tool has yet to be realized.

The Bush-Markey bill and "Justice40''  initiative are evidence that Democratic Party leaders finally understand that the climate crisis cannot be solved in a vacuum. Many of our communities have faced an onslaught of corporate-caused disasters, tainted air and water, and a dearth of safe and secure housing long before the climate crisis began.

Too many workers earn starvation wages without adequate healthcare. Too many people of color live in constant fear of a systemically racist police force. The climate crisis simply intensifies this pain. As President Biden and Democratic Party leaders take bold steps to decarbonize our economy, frontline communities must remain at the front and center, every step of the way.

The good news is our nation has the resources to prepare for crises, care for ourselves and neighbors, and repair generations of harm: we don’t have to choose. We can do more than survive the climate crisis. If we invest enough, and we invest right, our communities – Black, Indigenous, Latinx, all of us – will finally get a taste of the good life that America has forever promised.

Kaniela Ing is the national Climate Justice Campaign Director for People’s Action Institute, a coordinating team member of the Green New Deal Network and Climate Power, and a former state legislator from Hawaiʻi.