A United Front Is the Right Strategy to Defeat Authoritarianism 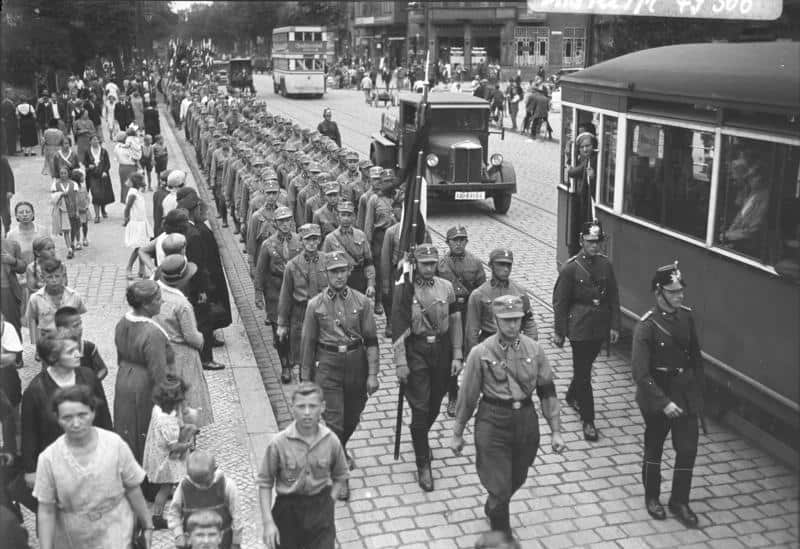 My political views have pretty much been aligned with those of the activist left for my entire life. I supported Bernie Sanders to be the Democratic Party nominee for president in 2016, and Elizabeth Warren and then Bernie in 2020. I’ve been fighting white supremacy since I was twelve.

But I believe those on the activist and antiracist left must unite with all who are willing to fight Trump - whether they’re liberals, moderates, or even anti-Trump conservatives -to defeat Trump in November.

No less than the future of democracy, however flawed our democracy may be, is at stake.

A second Trump term could well be the end of the American experiment. As flawed as many on the left see Joe Biden, a President Biden leaves open the possibility for the activist movement to achieve some progressive change and fight white supremacy. A second Trump term slams the door in our face. Indeed, not only democracy but the future of the planet might not survive a second Trump term.

As President Obama proclaimed in his historic speech to the virtual Democratic Convention,

Donald Trump hasn't grown into the job because he can't. And the consequences of that failure are severe. 170,000 Americans dead. Millions of jobs gone while those at the top take in more than ever. Our worst impulses unleashed, our proud reputation around the world badly diminished, and our democratic institutions threatened like never before…Because that's what at stake right now. Our democracy.

And when Bernie Sanders had his chance to address the Convention, in addition to laying out a progressive policy agenda, here’s what he had to say about the need for unity to defeat Trump and protect democracy:

This election is the most important in the modern history of this country. In response to the unprecedented crises we face, we need an unprecedented response—a movement, like never before, of people who are prepared to stand up and fight for democracy and decency—against greed, oligarchy, and bigotry…

But, let us be clear, if Donald Trump is re-elected, all the progress we have made will be in jeopardy.At its most basic, this election is about preserving our democracy…

Bernie is old enough to be aware of the history of the failure in the early 1930s of the German left to unify against Hitler, and how it helped the Nazis rise to power.

The two largest progressive German parties at the time were the Social Democrats, who were more moderate, and the Communists, who were more left. Both were committed to the democratic process, and took Germany's democratic institutions for granted. While Hitler’s paramilitary Brown Shirts took to the streets to seed terror, the Social Democrats and Communists were fighting each other, both at the polls and in the streets. They referred to each other as “social fascists” who were worse than the Nazis.

The German Communists even adopted the slogan, “After Hitler, our turn.” And how did that work out? After Hitler came to power, both Social Democrats and Communists were arrested, tortured and murdered. By the mid 1930s, the international left transformed into a united front, which helped lead to the greatest period of progressive reform in the past century.

With a potential second Trump term threatening the continued existence of America’s flawed democracy, a united front between all forces who oppose Trumpian authoritarianism and white supremacy - leftists and Bernie supporters, moderates and Biden supporters, and even anti-Trump Republicans - is what’s critically needed. Americans from the center to the left, and even sane conservatives cannot afford to make the same mistakes as their German counterparts in the early ‘30s.

There will be plenty that the left is likely to disagree with in a potential Biden Presidency. And a united front must be a two-way street. The Biden’s campaign’s apparent Convention focus on winning over a sliver of anti-Trump Republicans as opposed to focusing on issues in common with the Sanders and anti-racist left will make it a heavier lift for progressives to convince many of their skeptical supporters to actually come out and vote for Biden. And if Biden is elected, the continue mobilization of an activist left will be needed to push Biden as far as it’s possible to make him go.

But with a second Trump term, all hope of progressive change is gone. With a Biden Presidency, with hard work and mass mobilization, there is at least a chance for a better and more progressive America.