We Need a People's Bailout NOW 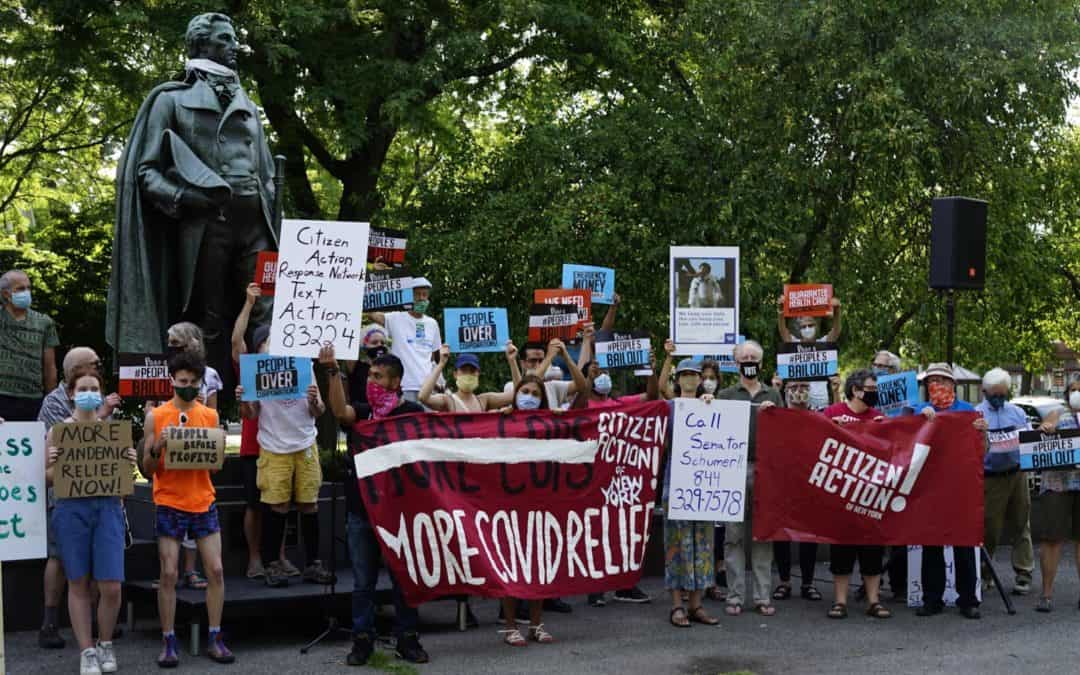 One of every five working Americans – more than 32 million people – have lost their job to COVID-19. A tsunami of evictions will come unless lawmakers take meaningful action now.

Unemployment is rising - again. Hunger is rising, too. And cases of COVID are rising faster than ever.

Six months into this pandemic, you can’t get a coronavirus test in many places. And if you do, you may have to pay for it yourself – just like that face mask you’re wearing. And your emergency room bill, when you do get sick.

That’s why People’s Action members and allies from coast to coast – 35 groups in 23 states – rose up to demand Congress act NOW to pass a People’s Bailout.

We know what to do. This is not rocket science: it’s public health. And we know lawmakers have the power to make this happen – yet they fail to act. So there’s no time to wait.

What would a People’s Bailout mean? It would guarantee health care, cancel rent and evictions, and provide emergency money to those who need it, rather than fund more policing and bail out corporations.

If Congress acts now, we can chart a path towards the economy we need on the other side of COVID: with green jobs and a sustainable, equitable future. This crisis can also be an opportunity, but only if we act.

Some of these measures have already been approved by House Democrats, but Senate Republicans block them. Little of what we need is in the Republicans’ proposal, which protects businesses, not people. And President Trump is focused on cutting Social Security, at the time when our country needs it most.

It’s time for a full-court press. We need every lawmaker to act now. So from Alabama to Washington State and everywhere in between, People’s Action members are challenging lawmakers from both parties – in their offices, at state capitals, and online – to do the right thing. 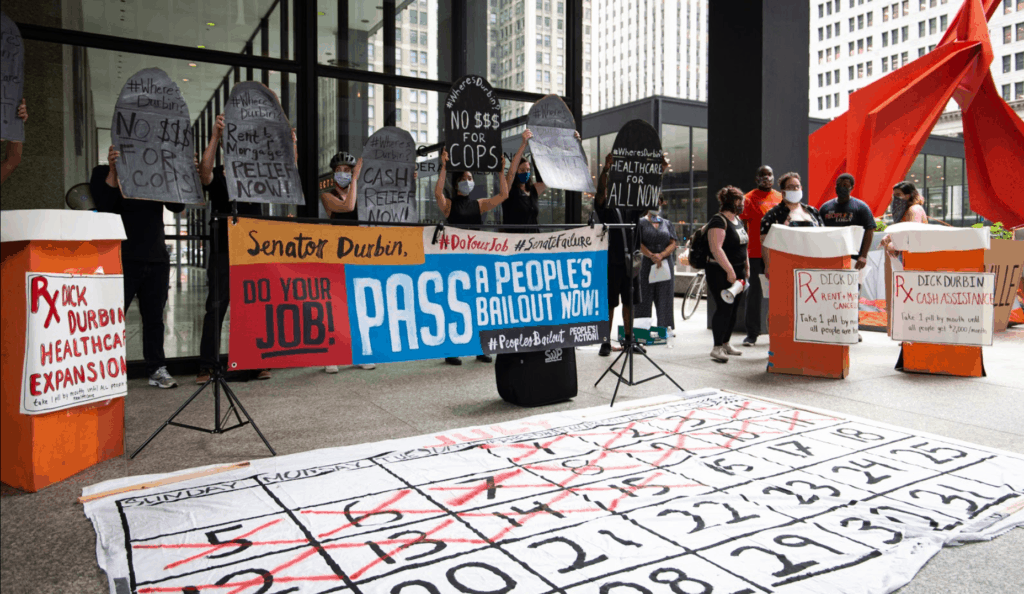 Fair Economy Illinois, a coalition of five People's Action member groups - The People’s Lobby/ TPL, ONE Northside, Jane Addams Senior Caucus/ JASC, Illinois People’s Action/ IPA and Chicago Student Action -brought people together at Federal Plaza in Chicago, to call on Senator Dick Durbin, Minority Whip in the Senate, to be bolder in what he’s calling for in the federal relief bill. 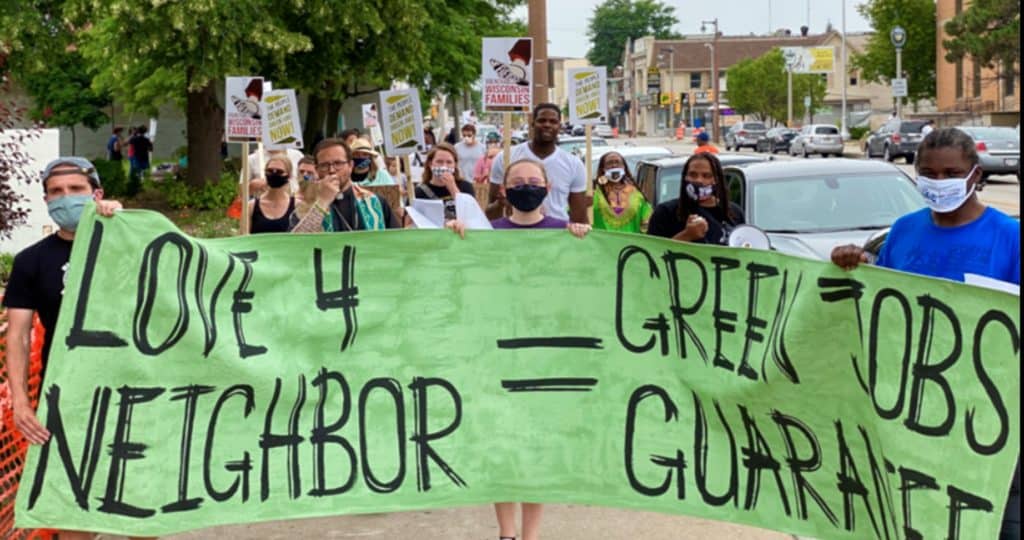 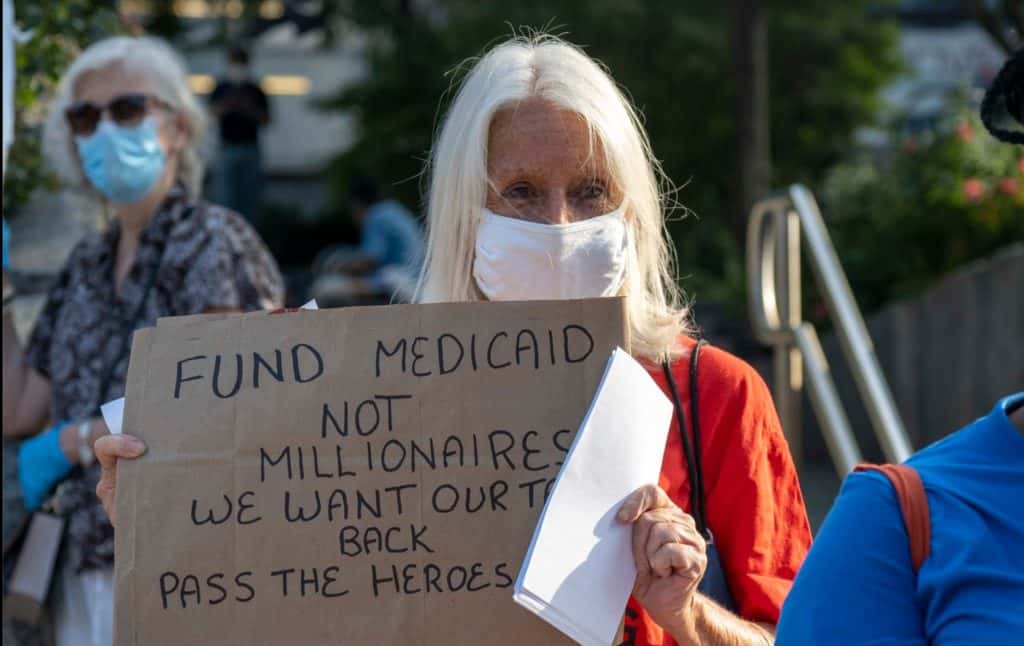 Reginald Brown, a People’s Action board member and longtime leader with Voices of Community Activists and Leaders (VOCAL-NY), also joined a special Texting Tuesday event with Senator Nina Turner. Over 150 volunteers from across the country sent 173,413 texts into seven states, encouraging people to call, text and tweet their Senators through our People's Bailout action portal. 10,284 conversations ensued, generating 3,500 emails to U.S. Senators, and many groups also sent direct emails in their states.

To ensure lawmakers heard us loud and clear, we dropped banners at or near the home offices of Senators in Alabama, New Hampshire, California, Idaho, and Vermont!

Iowa CCI placed ads in the Des Moines Register and 15 other papers across the state urging Sen. Joni Ernst to vote for a People’s Bailout, reaching as many as 500,000 Iowans multiple times.

These actions are just the beginning. Our member groups all across the country held thousands more digital actions, car caravans, and even a free tail light clinic, in which we talked about the People’s Bailout and demanded lawmakers take action. And we’re not done yet. 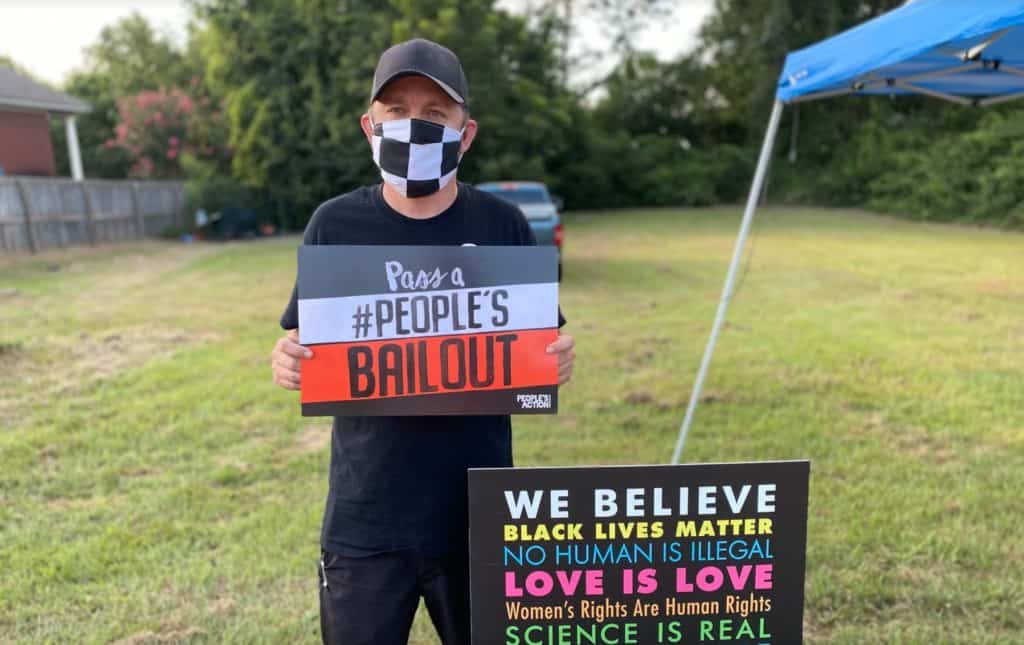 Every time we host these actions, we build muscle as a national network, and we remind lawmakers that we will hold them accountable in November and beyond, whatever their party.

Because COVID is not just going away - and neither are we. People’s Action is on the case. We will persist, and insist. We will never give up until people get the help and support they deserve.

People's Action Member organizations and partners that participated in the Week of Action included: