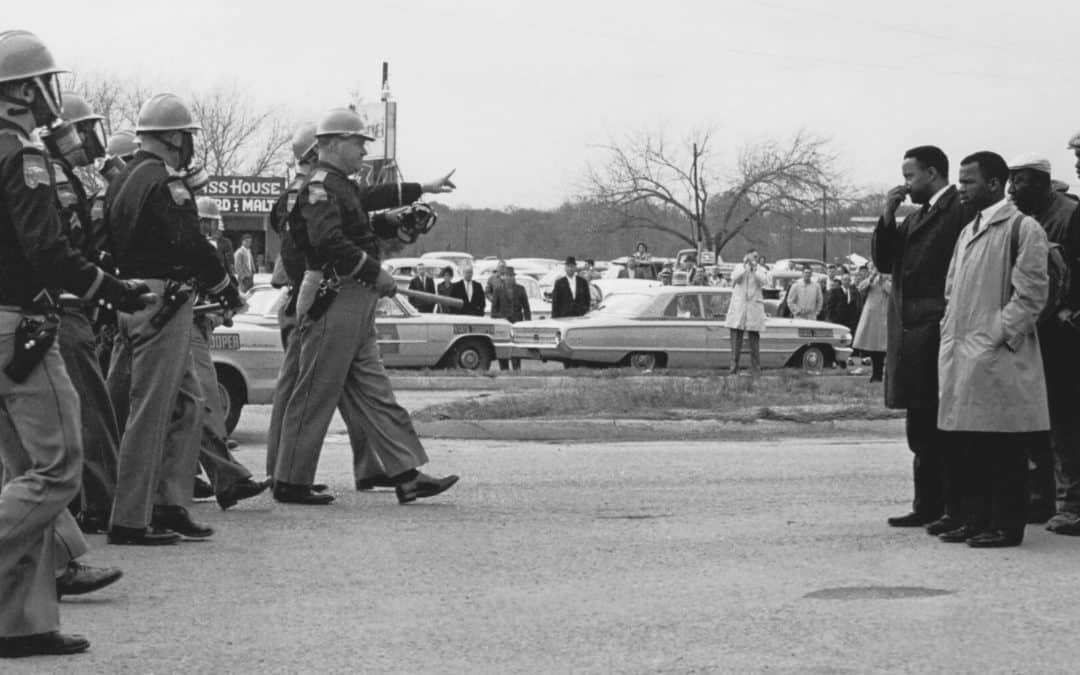 John Lewis, the Georgia Congressman who led the Student Nonviolent Coordinating Committee (SNCC) and was one of the "Big Six" civil rights leaders who organized the 1963 March on Washington, is being remembered as one of our greatest American heroes, in large part because he was willing to risk his life in non-violent protests against white supremacy. 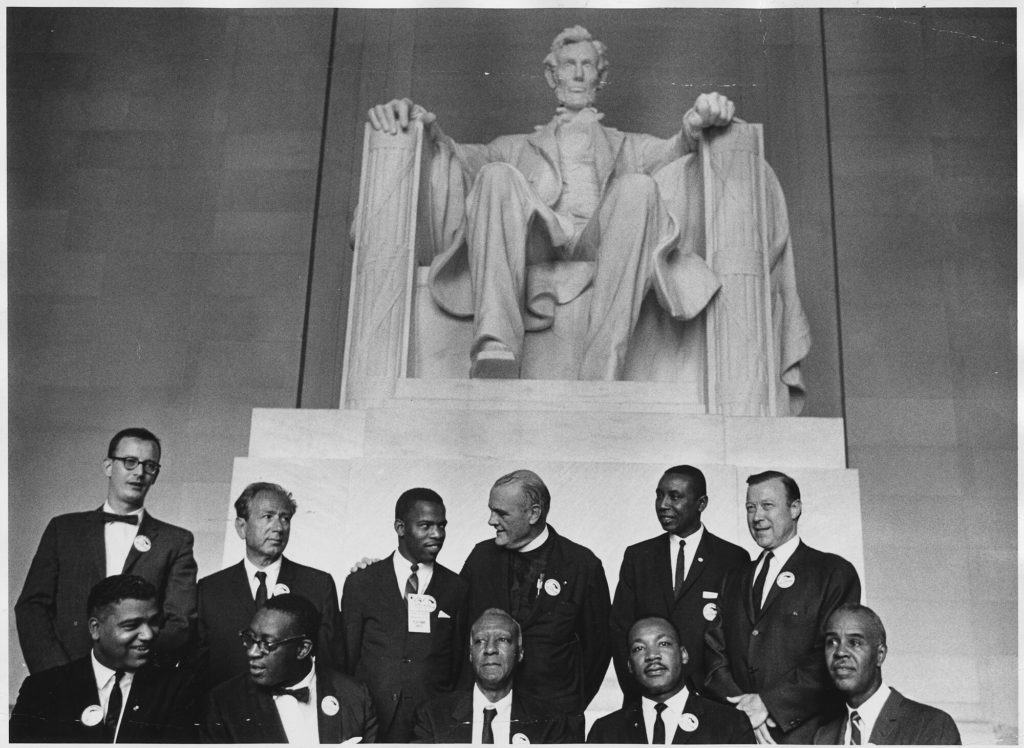 Lewis was arrested over 40 times in non-violent sit-ins, Freedom Rides, and protests. On March 7, 1965, his skull was fractured, and he was almost murdered, by an Alabama state trooper when he led 600 peaceful civil rights protestors on a march from Selma to Montgomery, Alabama to demand voting rights.

Lewis and the other nonviolent protestors were brutally attacked by mounted police armed with clubs, whips, and rubber tubing wrapped in barbed wire as they peacefully tried to cross the Edmund Pettus Bridge in Selma.

The violent images of this horrendous, unprovoked police brutality against peaceful protestors were broadcast on the national network news that night to over 60 million viewers, and outraged much of the nation. The images, when broadcast worldwide, also publicly shamed the United States on the world stage.

Lewis and the other protestors would have been within their moral rights to have returned the next day armed with rocks, bricks, Molotov cocktails, and even firearms to protect themselves from such police brutality. But whether or not one is a pacifist, to have responded to force with force would have been political disaster for the civil rights movement.

Instead, Rev. Martin Luther King returned to Selma two weeks later to complete the march for voting rights that Lewis had started. On March 25, King led 25,000 nonviolent protestors the steps of the State Capitol in Montgomery, where he delivered his now-famous How Long, Not Long speech:

Once more, the method of nonviolent resistance was unsheathed from its scabbard, and once again an entire community was mobilized to confront the adversary. And again the brutality of a dying order shrieks across the land. Yet, Selma, Alabama, became a shining moment in the conscience of man. If the worst in American life lurked in its dark street, the best of American instincts arose passionately from across the nation.

These images, too, were seen across the country and around the world. Today, the brave sacrifice of Lewis and his fellow nonviolent protestors is largely credited for the passage of the 1965 Voting Rights Act, This landmark legislation, which prohibits racial discrimination in voting, is the cornerstone of defending the right to vote guaranteed by the Fourteenth and Fifteenth Amendments to the Constitution, but has been eroded in recent years by the conservative majority on the U.S. Supreme Court..

Today, Donald Trump has opened a full frontal attack on voting rights, threatening to delay or even suspend elections. In a transparent attempt to scare suburban whites into reelecting him, Trump is doing everything in his power to provoke antiracist protestors in Portland and other cities to forsake nonviolent protest and engage in violent resistance to the heavily armed federal officers in full camouflage uniforms he has ordered into American cities.

Let’s be clear: Camouflage uniforms are designed to provide disguise in jungle warfare, not to intimidate protestors on the streets of American cities. But that's exactly what Trump is using them for. Sending in unidentified, camouflage-wearing federal agents to seize peaceful protestors off the streets is straight out of the playbook of Russian President Vladimir Putin, who sent “little green men” - unidentified Russian troops - to invade the Ukraine in 2014.

Sending Federal troops into American streets is Kabuki theater - reality television - by Trump. He wants to create TV images that appear to reflect urban carnage. TV footage of protestors attacking camouflage-wearing police and federal officers with Molotov cocktails, rocks and bricks is exactly what Trump wants. (It wouldn’t even surprise me if Trump has undercover agents provoking protestors to use violence.)

If we want to win, we can’t let Trump provoke us into violence. We must honor John Lewis, and his hard-won victories for civil rights, by following his example of nonviolent resistance.

One can have academic arguments about whether violence is ever acceptable to fight injustice. I would personally argue that at least in the cases of the American Revolution, The Civil War, and World War II, violence was necessary. Others may differ.

But right now, violent protests would be the gift to Trump that he’s begging for. Don’t give it to him.

The street violence of the late 1960s was used by Republican operatives to pave the way for Richard Nixon’s election as president in 1968. The implementation of the “Southern Strategy” of stoking irrational fears of Black people among poor and working-class whites to cement them to the Republican Party led right up to Trump’s 2016 victory, and is still with us today.

The 1967 riots in major cities like Newark, Detroit and Milwaukee, the 1968 assassinations of Martin Luther King and Robert F. Kennedy, and the police riots at the 1968 Democratic Convention all contributed to Richard Nixon’s narrow victory. Nixon’s victory consolidated power in a white supremacist oligarchy for the next half century.

Trump is on the ropes. Don’t give him the gift of violent confrontations that he’s so blatantly and transparently trying to provoke to rescue his campaign.