Freedom Is Ours To Take: Join Us On Juneteenth 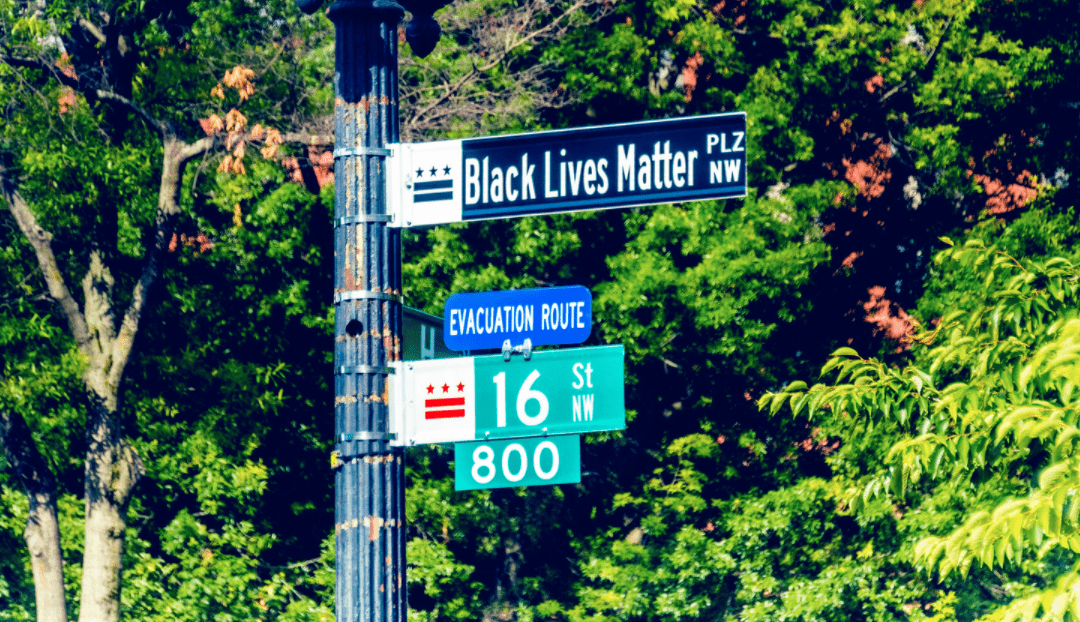 So much has changed in our nation’s Capital since my last Letter from D.C. That time of hope turned bleak, and is hopeful once again. It brings forth many questions for me about where the United States of America is as a country, and where my people, Black people, are in this time of unrest, anger, trauma and a true uprising against systemic racism and police brutality.

Soon after the cherry blossoms bloomed and fell, we went into a stay-at-home lockdown to slow the spread of the novel strain of the coronavirus (COVID-19). Our mayor, Muriel Bowser, began to ease these restrictions on Friday, May 29, with the surrounding counties following soon after.

That night, people began to gather in front of the White House to demand justice for George Floyd, the unarmed Black man murdered by Minneapolis police on May 25. Officers pinned Mr. Floyd to the ground in full view for 8 minutes and 46 seconds so he could no longer breathe, and died. The shocking video of Mr. Floyd’s murder has sparked protests around the world, to elevate a simple truth: Black Lives Matter.

Our current President is either incapable or unwilling to hear this truth. Instead, he sees enemies, and has encouraged violent conflict. On May 30, he asked his supporters to confront protesters outside the White House. When they didn’t show up, he ordered armed federal troops, some with their badges concealed, to flood the streets of D.C. Then on Monday, he ordered troops to violently clear away peaceful protesters so he could hold a photo-op in front of St. John’s Episcopal church. He held up a Bible for the cameras, but didn’t open it, and doesn't seem to know how.

There’s so much wrong with this picture, but I am comforted that this President’s efforts to stoke confrontation have mostly failed. Peaceful protests have spread so quickly, there’s simply no way he can stop them. Even military leaders and a handful of Republicans have started to speak out against him. But that doesn’t mean that he - and others who would prefer to see our country descend into violence - won’t try to divide us. 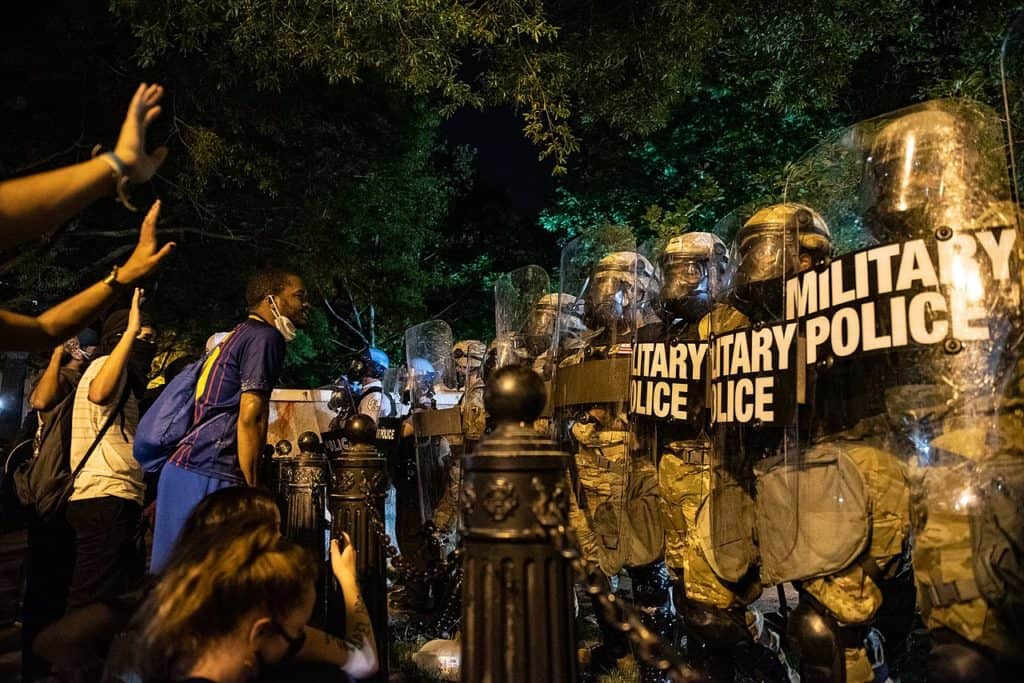 As a British black woman, this time makes me ask personal questions, too. George Floyd should be alive today. So should Breonna Taylor, Tony McDade and so many of my Black/African-American brothers and sisters who have been robbed of their lives in this country by systemic racism and violence.

This makes me ask how I, by representing People’s Action, a national network of multiracial, multigenerational and multicultural organizations, with more than 40 state and local grassroots, power-building organizing groups united in fighting for justice, can best advocate in D.C. for the change this country needs.

Some say violence against Black people reflects a broken system. I’ve said it myself for many years. But I now say, as someone who emigrated to the United States 39 years ago with my mum, Norma Vernon-Blackwood, her husband, Claude and their family of 5 children, that it doesn’t feel broken. Violent subjugation of Black bodies is what it was designed to do. Sadly, it’s part of the very fabric of what America is, and it's what we must now reckon with.

What if, I ask, we had stayed in England, where I spoke the Queen’s English with a West Midlands twang, instead of moving to New York and then to the Washington metro area? Would I be safer?

What if, because of my accent, I weren’t perceived as a Black British immigrant when I travel around the United States, and so can largely enjoy the public spaces promoted as being open to all people?

What if, I ask, had I not been raised in a lovely, supportive, spiritual and empowering family surrounded by lifelong friends, who helped me to see my own potential and strong Black leadership?

What if, I ask, I had been fully accepted and respected as an Office Manager and black female leader of a bus tour company, as a new high school graduate and freshman at Hunter College?

What if I had not been the token affirmative action hire at national nonprofit membership-based organizations, where I took the opportunity to educate myself about Engineering, Architecture, Consumer Electronics, Nursing, Healthcare, Disease Prevention and Promotion, Community Services, Environment and Conservation?

What if I didn’t have interactions, learning experiences and sage guidance and counsel from our next generation by way of my nieces, nephews, co-workers and young adults who I’ve connected with and have also served as a mentor?

These questions of “what if” are why working at People’s Action has brought me full circle. As our Director of D.C. Strategy, I recognize this moment of reckoning has created an opening for change in our country and within both chambers of Congress that I have not seen in my lifetime.

There has been some action in Congress already, but it’s not enough. Especially for the individuals, families and communities represented by People’s Action who are suffering, struggling, and as we all witnessed in the horrific video of George Floyd’s death at the hands of police, are being murdered by those whose job should be to keep us ALL safe.

Already in 2008, when President Obama was voted into office, I knew what would come. There are those who resist change at any cost. But I had no clue that it would take a trifecta of crises - a global pandemic, police brutality and the inequality of black people in America, and the looming economic recession - to awaken this country.

What we need to do now, as we continue difficult conversations and many of us work through the trauma, anger, hardship, and unrest, is to ACT!

So along with thousands of People’s Action members all across the country and dozens of other organizations, I will join the Movement For Black Lives’ SIX NINETEEN nationwide mobilization this Friday, June nineteenth. Juneteenth is a sacred day for African-Americans/Blacks, as it commemorates the date in 1865 when news of the Emancipation Proclamation finally reached Texas, the last state in the defeated Confederacy where the end of slavery was announced.

There will be SIX NINETEEN gatherings on Friday and throughout the weekend in D.C., in local communities all across the country, and online: so wherever and whoever you are, you can participate. We hope you will join us!

]We will celebrate, and we will claim our freedom. I hope to see you there. Because, as Malcom X reminds us, “Nobody can give you freedom… you take it.”