We Need A New Food System, Not Meat Industry Bailouts 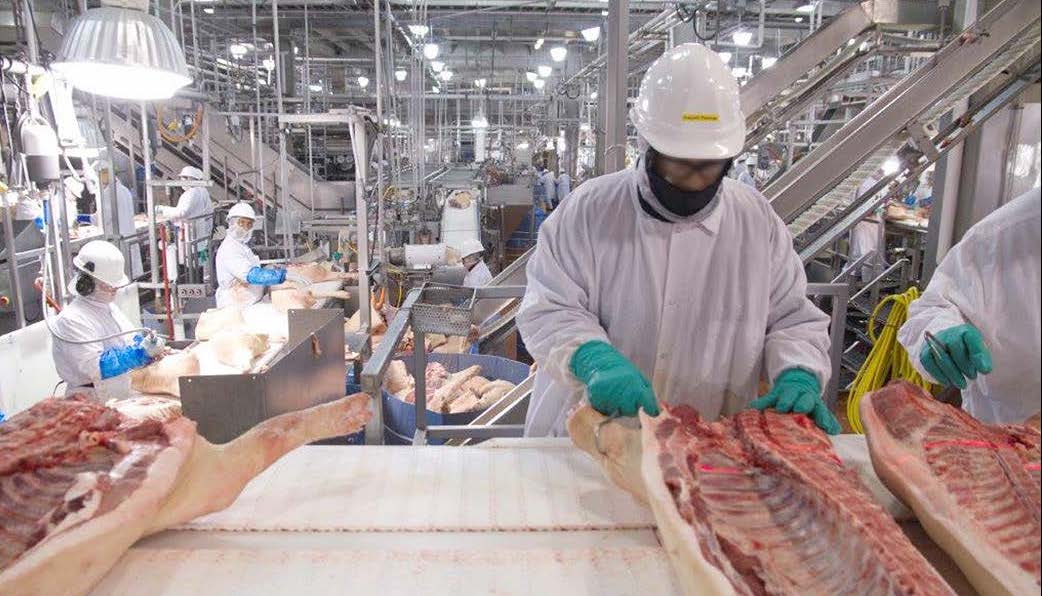 The COVID-19 pandemic has shined a spotlight on disturbing injustices in our food system—reaffirming the need for systemic change. Slaughterhouses (euphemistically called “meatpacking plants” by the meat industry) continue to lead the U.S. viral spread. Indeed, workers often stand elbow-to-elbow, not six feet apart. Worse, the meat lobby continues to seek a government handout to prop up their fragile industry—and our nation’s political leaders seem eager to bail them out.

On May 8, a group of U.S. representatives, including the chairman of the House Agriculture Committee, sent a letter to President Donald Trump asking him to direct the precious Federal Emergency Management Agency (FEMA) public assistance funds to the mass killing and disposal of farmed pigs. Just a few days later on May 15, House Democrats unveiled their latest stimulus proposal, the Health and Economic Recovery Omnibus Emergency Solutions Act (Heroes Act), which seeks funds for depopulating the backlog of animals in factory farms.

“Depopulation” is an industry euphemism for particularly cruel mass killings. Common methods include gunshots, electrocution, slamming piglets headfirst into the ground, covering chickens with foam so that they suffocate, and shutting down ventilation to induce high temperatures and organ failure.

This animal backlog is a direct result of prioritizing profits over the welfare of workers, consumers, and animals. The industrial meat complex has created an oppressive and hopelessly fragile system that cannot withstand even the slightest disruption. The chicken industry, for example, breeds chickens to grow six times faster than they did a century ago to maximize profits. Now, this practice has rendered the system unable to cope with any reduction in slaughter rates—despite the U.S. Department of Agriculture (USDA) approving at least 15 new requests, in April alone, from plants to exceed the maximum regulatory line speeds to keep up—and chicken farmers want taxpayers to cover their losses.

The meat industry is primarily to blame for its misfortunes. Many industry giants failed to implement social distancing guidelines issued by the Centers for Disease Control (CDC) in their slaughterhouses because that would have required a slowing of high-speed slaughter lines. As a result, workers became sick and started dying at rates as high as those of U.S. prisons. Additionally, factory farmers failed to stop breeding animals, exacerbating the backlog.

Since the pandemic began, the government has met nearly every request by the meat industry. Perhaps most brazenly, the board chairman of Tyson Foods, John Tyson, took out full-page ads in the New York Times, Washington Post and Arkansas Democrat-Gazette on April 26 warning that shutting down food-processing plants due to COVID-19 could lead to a nationwide meat shortage and begging for more government help to “allow our team members to work in safety without fear, panic or worry.” Just two days later, President Trump issued an executive order declaring meatpacking plants “critical infrastructure” under the Defense Production Act, a move that may shield meat companies from liability claims related to COVID-19. The United Food and Commercial Workers International Union, meanwhile, reported on April 28 that at least 6,500 meat-packing workers had been impacted by the virus. About 20 had died.

More than 50 percent of slaughterhouse workers are people of color; 51 percent are immigrants; and 45 percent of frontline meatpacking workers live below the poverty line. Keeping these facilities open not only fosters viral spread but increases racial and economic inequities.

Despite its billions in USDA and small business funds, the meat industry wants FEMA funding. In their recent letter, House representatives asked the Trump administration to cover the costs of mass on-farm killings by drawing from FEMA Public Assistance “Category B” funds. These funds are dedicated to emergency protective measures taken “before, during, and after a disaster to save lives, protect public health and safety, and prevent damage to improved public and private property.” Measures eligible for Category B funding include “search and rescue,” “emergency evacuation,” “emergency mass care,” and “rescue, evacuation, transportation, care, shelter, and essential needs for humans affected by” the disaster. Category B funds currently pay for essential emergencies, such as personal protective equipment and hotels for first responders. Diverting any of these funds to mass on-farm animal slaughter would be unacceptable.

In addition to this proposed use of FEMA funds, the Heroes Act, which recently passed the House of Representatives, includes an appropriation of funds for mass on-farm killings. Distribution is left to the discretion of USDA secretary Sonny Perdue. When he was governor of Georgia from 2003 to 2011, Perdue severely cut funds for food-safety inspection, sparking the two largest salmonella-related recalls in U.S. history. Across the country, nine people died from contaminated food.

It is time for lawmakers to take a good, hard look at our country’s mammoth industrial meat industry. Cheap meat comes at great cost to workers, animals, public health and the environment. It is time we transitioned to a new system—built on plants, not animals. Stimulus funds should help farmers transition to sustainable plant-based crops, and the industry should diversify its products and commit to protecting workers and public health. Let’s hope our political leaders don’t miss this opportunity to bring about a food system that is sustainable, humane, and just.

AJ Albrecht is the director of U.S. government affairs at Mercy For Animals and the chair-elect of the American Bar Association’s Tort Trial and Insurance Practice Section’s Animal Law Committee. She can be reached at ajalbrecht@mercyforanimals.org. This article was produced by Earth | Food | Life, a project of the Independent Media Institute.