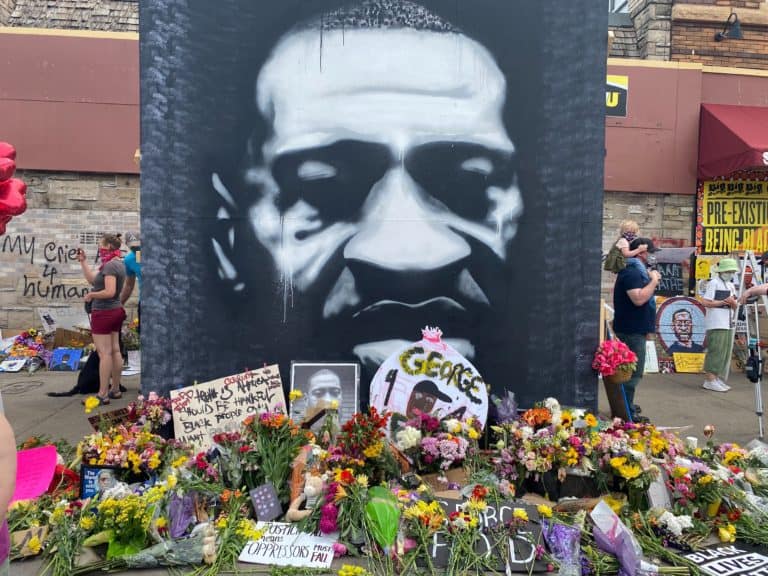 Today, George Floyd’s memorial was held in Minneapolis. The pain, rage, and grief across the Twin Cities is palpable. At the same time, our trauma is being transformed into the creation of something beautiful.

TakeAction Minnesota continues to follow the leadership of Black-led organizations and Black leaders across our multi-racial base. We are also operating through our lens as a multi-racial, statewide organization, lifting up the wisdom of members most directly impacted by injustice and violence inflicted by police and white nationalists. 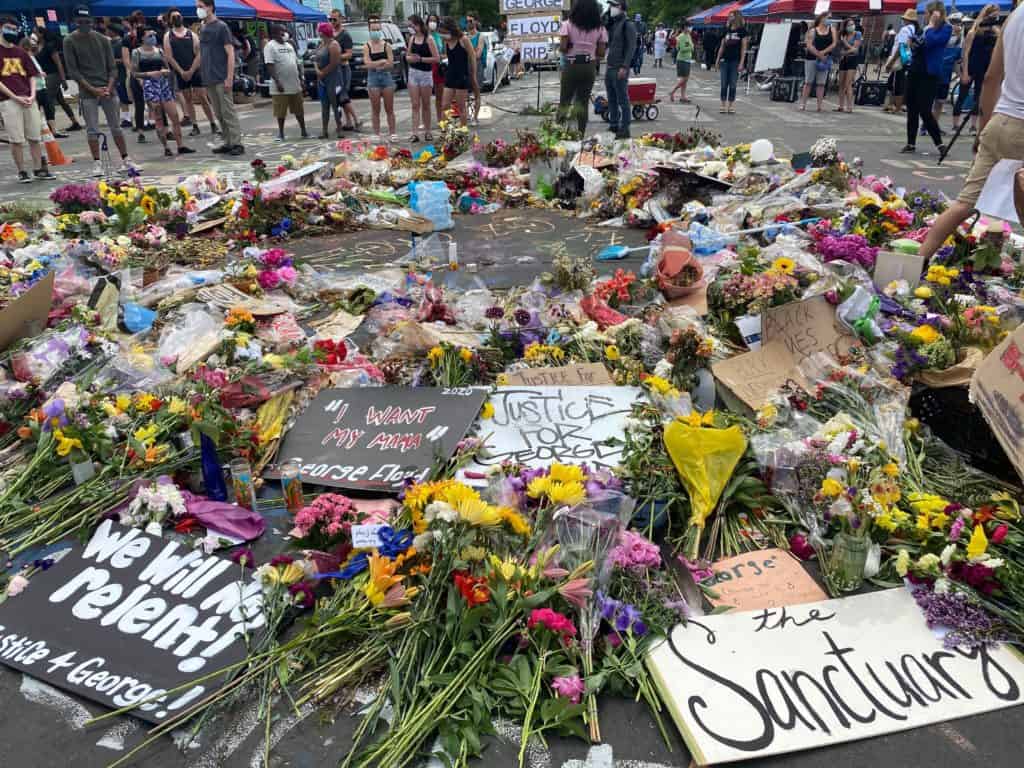 Since last Tuesday, thousands of people have put their bodies on the line during a global pandemic to bring justice for George Floyd. Among our urgent priorities is reducing the harm and spread of COVID19 among communities hardest hit by events of the last week.

Our priorities and most recent updates include:

In the last week, public infrastructure was destroyed by white nationalists. Grocery stories, pharmacies, and businesses in Minneapolis were burned down. Communities in Minneapolis and St. Paul continue to need food, medicine, diapers, PPE, and other basic personal care and household items. After attacks and fires set across the city last weekend, we must also stay organized to protect and care for each other.

Our health care policy team is working to ensure free COVID19 testing is ramped up and expanded for people who may have been exposed during the protests or while providing community care. We are deeply concerned about providers charging patients for telehealth screenings before administering free tests, a lack of testing for people who are asymptomatic, and access to free testing for people without insurance.

This is a critical time for white and non-Black POC allies to learn about police roots in white supremacy and police brutality. Our inherently racist, publicly funded police system cannot be reformed.

We educate ourselves and each other because our liberation is tied together. White supremacy, rooted in racism, anti-Blackness, sexism, Islamophobia and antisemitism, transphobia and bigotry of all forms hurts all of us. Police brutality hurts all of us. We all benefit from a more fair, just, and egalitarian society where Black Lives Matter and nobody is left behind.

We can build a better future, but we must understand how we got here and commit to a new path forward.

In the short-term, we can collectively sharpen our political understanding of the Minneapolis Police Department and how the police union, led by Bob Kroll, a white supremacist, has wielded its power to operate with impunity.

In case you missed it:

Divesting from police and investing in communities

The police system is not reform-able. We can dump millions of public dollars into a fundamentally broken system, or we can fund the village. 🌱 We are continuing to work with Black Visions, Reclaim the Block, and partners on the Minneapolis City Council to defund the Minneapolis Police Department and invest in a better future.

Young people have already won huge progress. This week, the Minneapolis School Board voted unanimously to end contracts with the MPD. The Minneapolis Parks & Recreation Board also voted to cut ties.

For news and organizing across the river, follow Root and Restore St. Paul.

Following the guidance of Black leadership

Ensuring our multiracial organization is guided by Black leadership from our membership and our allies, and work to build a powerful multiracial, multi-generational, gender diverse movement for Black lives. TakeAction is continuing to follow the leadership of Black Visions as well as guidance from Black leaders in our base. Black leaders from Minneapolis, St. Paul, suburbs, St. Cloud, and Duluth are connected and guiding TakeAction’s priorities.

Organizing for change across government

This week, the Legislature’s People of Color and Indigenous Caucus announced its legislative response to the murder of George Floyd. A special session starts June 12. The Minneapolis City Council is considering disbanding the MPD as we know it.

TakeAction organizers and leaders across the state are reaching out to members in Greater Minnesota and continue to organize multi-racial, multi-generational bases in St. Cloud and Duluth.

Healing and care for ourselves and each other

It’s a painful, tender time. Self-love is radical. We are committed to caring for ourselves and each other. This includes healing together in public. A better world is on the horizon. We’ve seen it in our dreams, and we’re ready to build it.