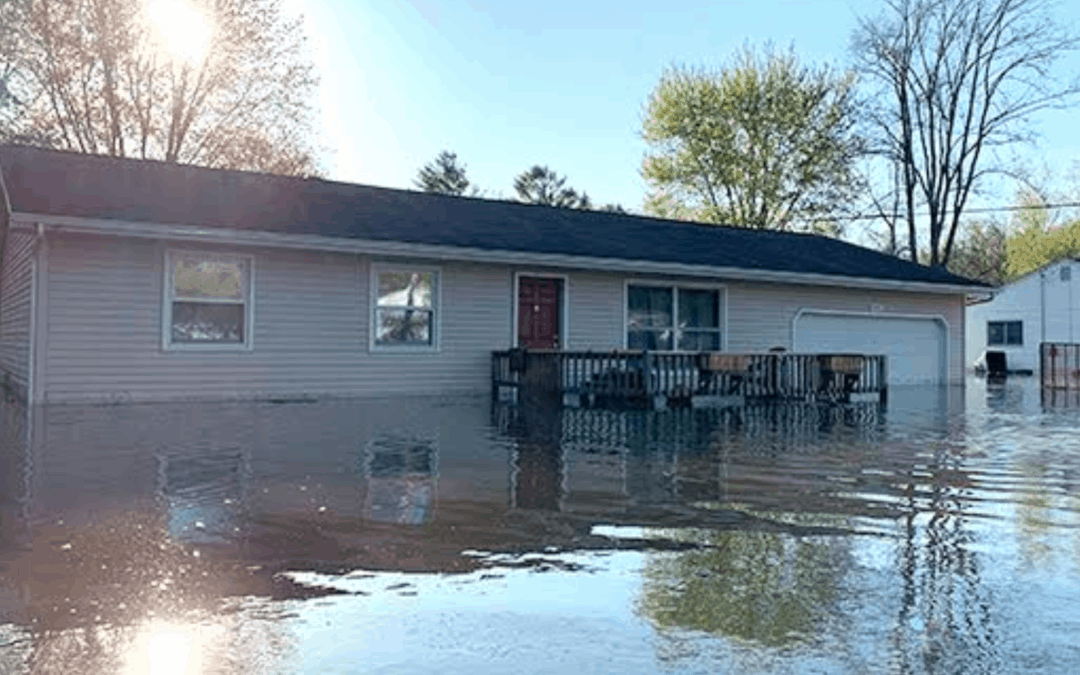 He lovingly installed new flooring and doors and remodeled the bathrooms. After finishing the kitchen 18 months ago, he finally had the house the way he liked it.

Then the 96-year-old Edenville Dam failed amid heavy rains May 19, unleashing a torrent of water that drowned roads, swept some houses off of their foundations and left others, including Carmona’s, in ruins.

If America maintained its infrastructure with the same care Carmona did his home, this never would have happened.

However, U.S. leaders long failed to invest in the nation’s roads, bridges and dams, turning them into crumbling hazards that put Americans’ lives and dreams at risk.

Four years ago, Donald Trump pledged a $1 trillion national infrastructure program. But he failed to deliver any rebuilding campaign at all. Americans still drive over decrepit bridges and raise their families in the shadows of aging dams.

Now, as the country struggles to rebound economically from the COVID-19 pandemic, an infrastructure campaign is more essential than ever.

Rebuilding the nation’s transportation and energy systems would provide work for millions of Americans who lost jobs—or risk losing them—because of the economic slump triggered by the coronavirus.

Upgraded roads, bridges and waterways would facilitate an expansion of commerce for years to come. And a major infrastructure push will protect the lives and investments of Americans who are tired of being placed in harm’s way.

“What is it going to take?” asked Carmona, a member of United Steelworkers (USW) Local 12075 and a logistics operator at Dow Chemical in Midland. “How much devastation? How much loss of life?”

Thousands of residents fled when the Edenville Dam burst, triggering a flood that overtopped a second dam and inundated Midland and other communities.

When Carmona returned a day and a half later, he found his home of about 25 years half submerged. His son had to paddle to the front door in a kayak.

Carmona, his wife, Debi, and their neighbors spent days talking with insurance adjustors, scheduling appointments with disaster restoration contractors and hauling damaged items out of their homes.

“There are times you just want to cry. And I have. I feel worse for the people who lost everything. At least we have a home to come back to, where some people don’t,” he said.

For years, the failure of the Edenville Dam was a disaster waiting to happen.

The Federal Energy Regulatory Commission revoked the owner’s power generating permit in 2018. Among other problems, the agency cited longstanding safety issues, including concerns about spillway capacity and the dam’s ability to prevent flooding.

“It was known that it was in bad shape and needed to be repaired,” Carmona said.

Fortunately, no one died in that flooding.

Over the past four decades, however, at least 34 people lost their lives in hundreds of dam collapses across the country.

Right now, thousands more dams are at risk because of age, neglect and capacity constraints compounded by climate change and runoff from new developments.

The cost of repairing them runs tens of billions of dollars. Until they’re upgraded, many communities will face the same threat as Midland.

Infrastructure failures threaten lives and property. They also disrupt the operation of entire cities and stanch the flow of commerce.

In Washington state, for example, the emergency closure of the West Seattle Bridge two months ago forced tens of thousands of drivers and transit riders to find alternate routes around the city. The span will be closed at least until 2022 because of cracking that was first noticed seven years ago and recently grew much worse.

Now, businesses must scramble to survive without an essential link to the rest of the city. Residents worry about declining property values. Emergency vehicles must find new, potentially longer, routes into some neighborhoods.

Americans are fed up with broken-down roads and bridges—and with politicians who refuse to take decisive action no matter how many disasters occur.

“Just get it done,” said Kent Holsing, president of Local 12075, who helped friends haul ruined items out of their flooded houses. “Who will step up—when will we step up—to truly address this crisis?”

A long-term infrastructure program is now a national imperative, essential to protect Americans from failing bridges and dams, ensure the steady flow of commerce and jump-start an economy hobbled by COVID-19.

“Buy American” provisions will be crucial to the program’s success.

Federal, state and local governments must rebuild roads, bridges and other assets with American labor and U.S.-made materials. That will ensure the highest-caliber craftsmanship while expanding the nation’s manufacturing capacity and putting Americans to work.

In 2017, researchers at Georgetown University calculated that a $1 trillion infrastructure program would create more than 11 million jobs over 10 years.

Many of those jobs would be in the building trades, material handling, transportation and other fields directly related to construction. But others would be in steel, aluminum and other industries along the supply chain.

Still more positions would be created in fields like architecture and engineering and in the training programs needed to prepare workers for infrastructure jobs.

And many of these would be family-sustaining, middle-class jobs, the kind the country lost by the millions in recent years as manufacturing declined. Now, America needs these jobs to move forward in the post-COVID-19 world.

In Midland, neighbors and friends are pitching in to help the flood victims.

Carmona appreciates the support. But what he’d really like is to spare others the devastation that will take him months, maybe years, to overcome.

“Unless you see it or experience it, you can’t understand it,” he said. “It’s unreal.”