Vote By Mail Is The Answer 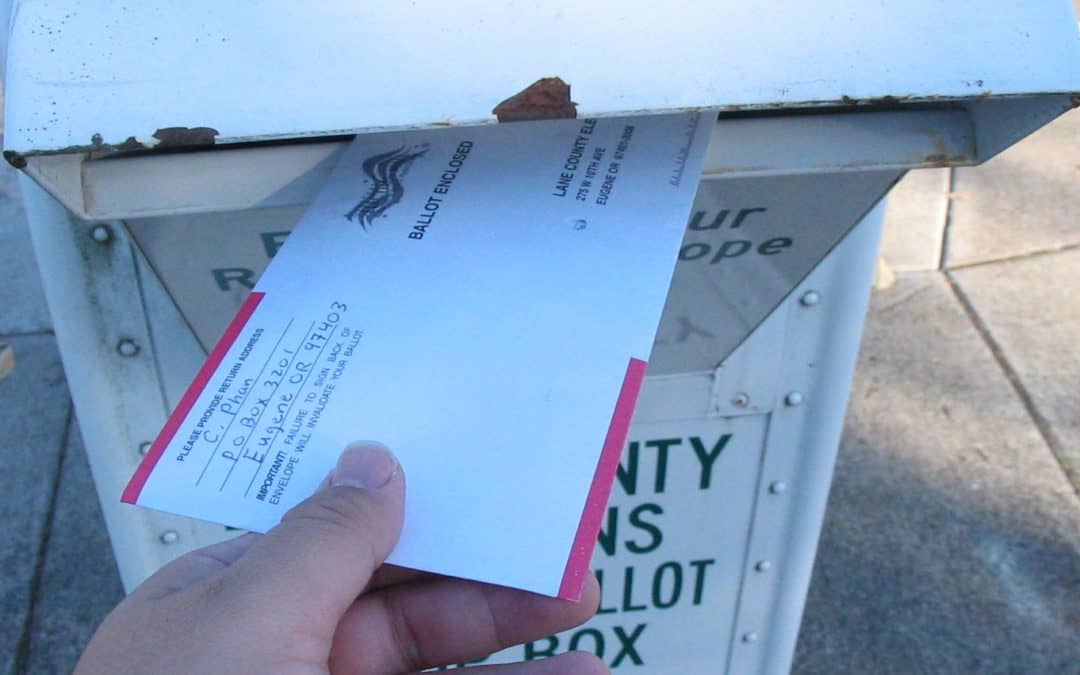 For many Americans, vote-by-mail will be a matter of life and death come November. There will be no widely available vaccine by then, and even if an anti-viral medicine is proven broadly effective this summer, it would be difficult to manufacture a sufficient quantity in time to handle a COVID-19 outbreak caused by the election.

It is immoral to force voters to choose between their health and their freedom to vote, and it is immoral to knowingly trigger a major outbreak of the virus when the damage can be limited with a few procedural changes.

To be specific, we need to maximize the use of mailed-in ballots. This is the most practical way to minimize in-person voting, making it possible to implement the social distancing and sanitizing necessary to resist spreading infection. We also need to minimize in-person voting because most of the elderly people who staff polling places will, sensibly, not work during the pandemic. It will be impractical, and in many places impossible, to safely conduct the election in 2020 unless the numbers voting on Election Day are greatly reduced.

More than 136 million Americans voted in 2016. Of these, about 80 million (nearly 60 percent) voted at the polls on Election Day. Of the rest, about 8 million cast their ballots in Vote-by-Mail states, a little more than 24 million voted absentee ballots, and a little less than 24 million cast ballots at early voting sites. We need 40, 50 or 60 million citizens who previously came to the polls to instead mail their votes. (More early voting would also help.)

It is true that almost all of the presidential “swing” states (AZ, FL, GA, ME, MI, MN, NV, NC, OH, PA, WI) have no-excuse-required absentee voting. By law, any registered voter who asks for an absentee ballot should get one in the mail. (NH requires an excuse but the Secretary of State has said that if in the fall “doctors at the federal level say don’t go out because it’s a risk to your health,” then COVID-19 would qualify as a “physical disability,” which is a statutory excuse for absentee voting.)

But absentee voting doesn’t really solve the problem. Lower-income Americans and people of color are less likely to request an application to vote absentee. They tend to have little experience with absentee voting and many have no access to the Internet to apply online or download a PDF application. And even if they got an application to fill out, a lot of them may have a difficult time filling it out. For an idea of the problem, glance at these absentee ballot applications from Wisconsin, Pennsylvania and Ohio.

Most of those problems would be solved if state or county authorities mailed an already-filled-in application to every registered voter. The Board of Elections already has the information requested on the application – all they need is a signature. And the form could include a personalized barcode to help election officials automate the process of building the absentee list.

That makes sense if it’s the best you can get from your state. But it would be simpler and cheaper to mail a ballot to every registered voter – a vote-by-mail system. Unfortunately, there are a number of myths that are discouraging some progressives from pursuing vote-by-mail.

Fact: There are different versions of vote-by-mail. For 2020, progressives should push a version that gives all voters a choice between mailing ballots, going to early voting centers, or voting at the polls on Election Day.

Myth: It is too difficult for election officials to do something different.

Fact: This is the same system as absentee voting, something that election boards have handled for more than 150 years. Instead of sending a ballot to those who request one, officials mail a ballot to every registered voter – which is simpler and less bureaucratic. The reality is, because of the pandemic, election boards will be flooded with absentee voting applications in 2020, far more than they’ve ever handled before. Sending a ballot to every voter is likely to be more practical for officials to accomplish than dealing with millions of new absentee applications one-by-one.

Myth: It is too difficult to incorporate needed “anti-fraud” measures into vote-by-mail.

Fact: Five states have vote-by-mail and there is no actual problem of voter fraud, of course. Criminal laws are nearly always enforced by the threat of prosecution, prison and/or a fine, and impersonating a voter (which is the only type of fraud being complained of) is a crime punishable by five years in prison. Because the penalty is so high and the advantage of casting such a vote is so low, it almost never happens. In short, progressives should cut “voter ID” and other such bogus “anti-fraud” steps out of legislation.

Myth: We shouldn’t encourage voting by mail because election officials will unfairly disqualify the ballots of lower income Americans or people of color.

A recent Reuters/Ipsos poll found that 72 percent of Americans, including 79 percent of Democrats and 65 percent of Republicans, want the government to require mail-in ballots for the November election if the coronavirus still threatens the public this autumn. And it will threaten. That means now is the time to forcefully advocate for voting-by-mail so Americans can participate in our great democracy without risking their lives.

Bernie Horn is Senior Director for Policy and Communications at the Public Leadership Institute.