The Essential Message: Trump Is Harmful To Your Health 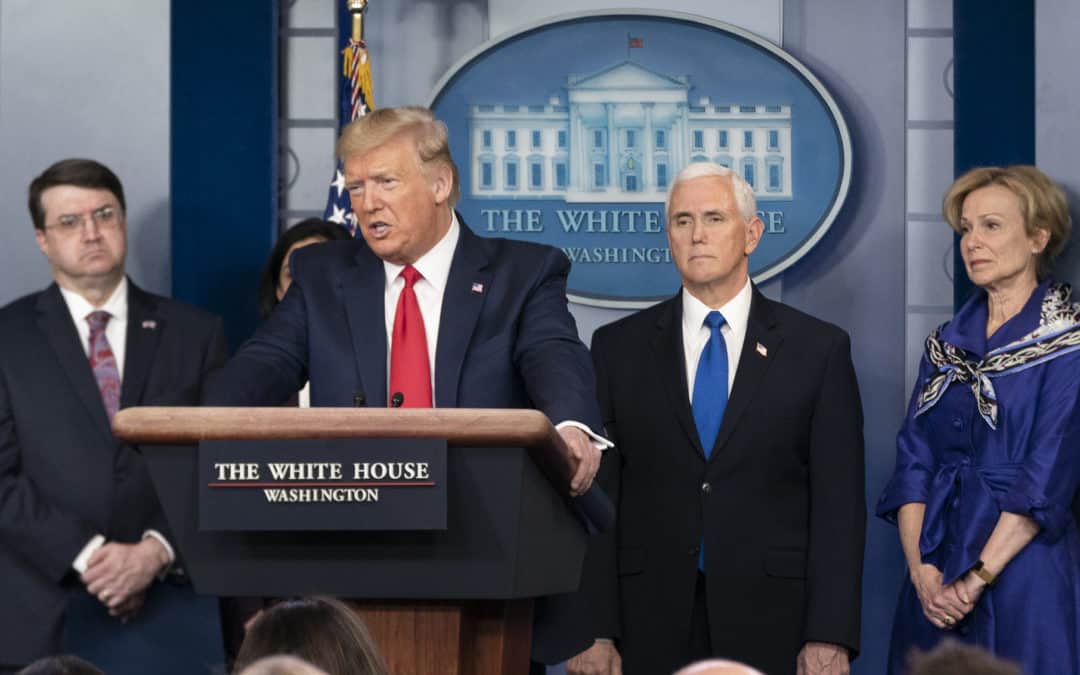 Trump and the GOP have trapped themselves in a course of action and a debate that have the potential to destroy them come November, if only Democrats understand and engage.

Over and over, Republicans will call for Americans to risk their lives to “reopen” the economy, even if it kills thousands of people. This is a natural choice for Trump, because he hasn’t a drop of empathy in his body; he simply doesn’t care about other people’s health. For the usual reasons, money and power, the great majority of Republican officeholders and funders will back him to the hilt.

Democrats will, of course, defend the health of our fellow citizens because that’s who we are. But (here’s the point of this column), it is also terrific politics and we should embrace every chance to engage in the health-versus-money debate. Here are three reasons.

FIRST, fear for the safety of oneself and one’s family and friends is an exceptionally powerful motivator. Those who took basic psychology should remember Maslow’s hierarchy of needs:

Once people have their basic biological needs, their strongest motivation is personal security. If they think they or their loved ones might die – well, that’s the most persuasive argument in the world.

Keep in mind that we must personalize the danger. Don’t focus on the health of poor people or people of any racial or ethnic minority. (Sorry, we care but swing voters do not.) Don’t say it’s “them” who are in danger, it is “you.”

SECOND, voters will believe our message because it fits preexisting stereotypes about Democrats and Republicans.

Preexisting beliefs are more powerful than facts. For many years, polling has consistently shown that voters overwhelmingly trust Democrats over Republicans on the issue of health care – 40 percent versus 23 percent according to a recent Associated Press/NORC poll.

So, most Americans already understand that Trump has been dishonest and/or incompetent in dealing with COVID-19. Even many of his base voters are disappointed on this issue. And these polling numbers will only get worse for Trump and his allies as the pandemic drags on and people continue to die every day.

THIRD, the perfect frame for the 2020 election is, “who is going to save your life from this virus?” First, let’s understand what that means.

The surest way to win an election is to control the question that voters are answering by their vote. In 2008, for example, Obama convinced people that the question was “who is the candidate of change?” That’s how he defeated Clinton in the primaries; she could not represent change like Obama, obviously. And the same framing won the general.

Similarly, Bush won reelection in 2004 by framing the question as “who will be the strongest against terrorism?” And then his allies “swift boated” Kerry to make him appear weak.

One more example: In 1992, Bill Clinton’s campaign manager James Carville turned the general election into a referendum on which candidate would be better to repair the economy. Carville’s famous instruction to the campaign was, “It’s the economy, stupid.”

If in 2020 the question is, “which candidate/party is more likely to keep you healthy,” then the results will be a tsunami of Blue votes.

Sadly, by the fall, virtually every voter will know someone who died. On this issue, public policy is not distant or about some vague group – it’s about voters personally, right now. Everyone will be scared for themselves and their loved ones. Being on the side of health will be the winning side, by far.

EXAMPLES of what you should be saying:

You can argue that it is Trump’s lying, his stupidity, his arrogance, his incompetence, or his narcissism that makes him dangerous to the voters’ health. Say:

Democrats should have attacked the recent open-up-the-economy demonstrations – “That would unleash of a huge spike of infections that would threaten all our lives.”

We should have attacked Trump for defunding WHO – “That’s idiotic. If we don’t help fight the virus overseas, after we push U.S. infections down, COVID will return here and your life will once again be put at risk.”

And we should attack governors who are prematurely opening up beaches, gyms and stores – “This will cause thousands to become infected, and when they walk around with the virus, it will endanger you and your loved ones.”

This is the essential message. We’re telling the truth. We’re playing into Americans’ preexisting beliefs. And a life-and-death issue is the most powerful persuader of all. Let’s roll.

Bernie Horn is Senior Director for Policy and Communications at the Public Leadership Institute.