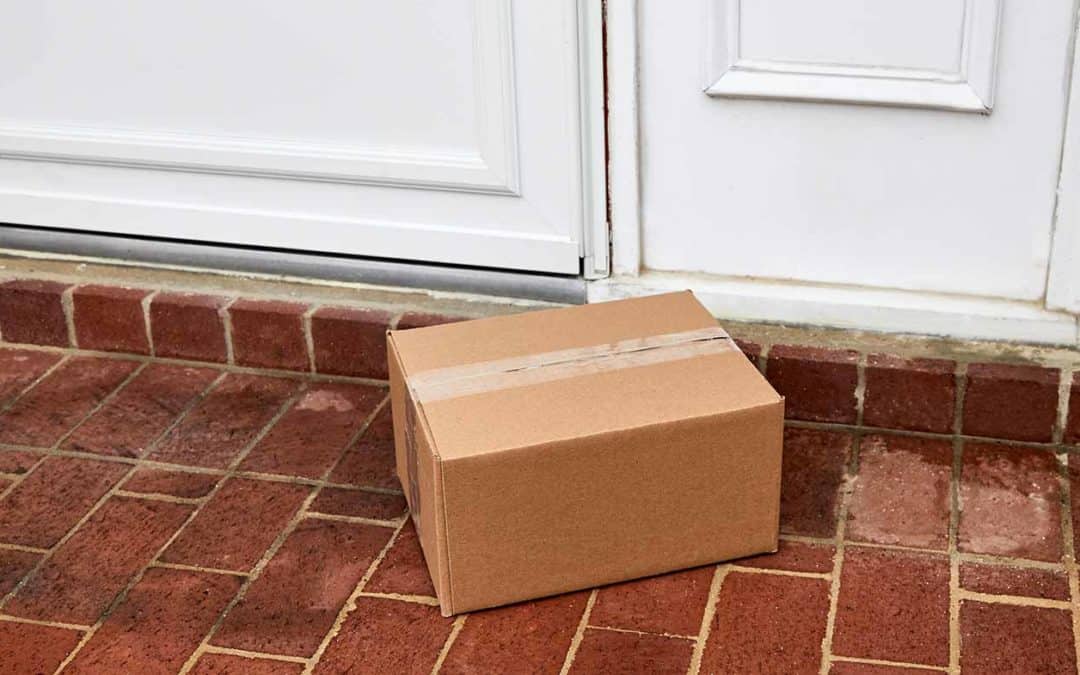 At the start of each shift, Eric Jarvis takes a handful of anti-bacterial wipes and sanitizes the equipment he uses at the Packaging Corp. of America mill in Valdosta, Ga.

He worries about getting the coronavirus every time he leaves for work, but knows the nation depends on paper workers like him to produce the linerboard that goes into the cardboard boxes used to ship millions of items to stores and homes each day.

Jarvis, president of USW Local 646, may not be on the front lines of the pandemic in the same way as nurses and first responders. But he and other manufacturing workers also fulfill a vital role on the nation’s production lines, ensuring that Americans still have the food, medicine, toiletries and other items crucial for everyday life.

“If we don’t make boxes, then the grocery stores don’t have groceries,” Jarvis said.

“We know our job is an essential job,” he said of the local’s 235 members. “You can see the pride in the workers doing their jobs out there.”

They show up every day and get the job done, performing so reliably that the nation long took their work for granted. No one questioned, for example, whether stores would have toilet paper and cleaning products.

Then the pandemic struck, and surging demand for consumer goods exposed America’s dependence on the blue-collar workers who supply almost every need.

Life would grind to a halt without them.

Right now, these workers risk COVID-19 by laboring in groups at mills, factories, warehouses and stores while many other Americans do their jobs alone at home. It angers Jarvis to think that service workers put their lives on the line for the poverty-level wages common in their industry.

Jarvis and his co-workers protect themselves as best they can.

Besides wiping down equipment, they stagger their starting times to reduce contact with one another. They wait in their cars and trucks before a shift instead of congregating at the time clock. Inside the mill, they remain at their work stations unless their presence elsewhere is a necessity.

Still, workers worry about bringing the coronavirus home to their families. Some shower, change clothes and even wash their eyeglasses the minute they get home to avoid spreading any germs they picked up during their shifts.

“It gets a little rough,” explained Colt Kovatch, vice president of USW Local 14693, which represents about 80 workers at the International Paper box shop in Eighty Four, Pa. “You have family at home. You want to be with them. But I understand what I’m doing, what I’m making, and how it helps. It keeps my blood pumping.”

“We might not be the front-line workers,” Kovatch said. “But we’re right there behind them.”

At Newport News Shipbuilding in Virginia, members of USW Local 8888 continue building nuclear-powered aircraft carriers and submarines for the Navy even though 23 co-workers contracted COVID-19. Local President Charles Spivey said the workers who report each day “are making a great sacrifice.”

“We do unique work here,” Spivey observed. “We can’t just shut down. There’s pride here. We know that we’re the best shipbuilders in the world.”

Some of the workers at Morton Salt’s production facilities in Lyons and Hutchinson, Kan., have worked together for years.

Now, that camaraderie helps the members of USW Local 12606 cope with the risks they face from the coronavirus.

Table salt in blue containers may be the most recognizable product supplied by the local’s approximately 200 members. But their salt also is used as an additive in shampoos and water softeners; as a preservative in the chips, snack cakes and other comfort foods in high demand during the pandemic; and in the saline solutions that hospitals use to treat patients.

So far, at least 33,200 Americans have died from COVID-19, and more than 671,000 have been infected.  An influx of patients overwhelmed some hospitals and ambulance crews.

Jay Wright, president of USW Local 188S, figures that many exhausted health care workers and first responders survive on caffeine these days. And he’s happy to do his part to keep them going.

Each day, Wright and about 140 co-workers at the Ardagh factory in Valparaiso, Ind., make more than 40 million tops for aluminum cans.

When the pandemic began, manufacturers of sodas, energy drinks and other beverages experienced increased demand for their products—so they requested more lids.

The factory is so loud that workers often speak mouth to ear. Because social distancing is crucial to controlling the spread of COVID-19, Wright successfully pushed Ardagh to purchase radio sets so workers can communicate while standing several feet apart.

USW members say they’re proud to belong to a union that fights for fair wages and benefits and holds employers accountable for worker safety.

But they worry about the home health aides, food delivery drivers and other service workers who put their lives on the line while laboring for low pay and few, if any, benefits.

“That minimum wage is a joke,” said Jarvis, referring to the federal minimum wage stuck at $7.25 an hour since 2009. “People should see that after this.”

Jarvis and other workers at Packaging Corp. make more than the minimum wage largely because they have the protection of a union contract. They recognize others aren’t as lucky.

For years, labor leaders and other advocates pushed for an increase in the minimum wage. Raising it to $15 an hour would help 33 million Americans, including many who live in poverty even though they juggle multiple part-time jobs.

The House last year passed a bill that would raise the minimum wage to $15 an hour by 2025. However, Senate Republican leaders refuse even to consider it.

Working class people make, package and ship just about everything Americans need. Although their work is essential, they believe consumers long showed little appreciation for it because much of what they do occurs behind the scenes.

COVID-19 shined a light on their role, and they hope people will remember it after life returns to normal.

These workers are the lifeblood of the nation. They step up every day and keep America running—even during a pandemic.

“I think this has really opened a lot of people’s eyes,” Wright said.