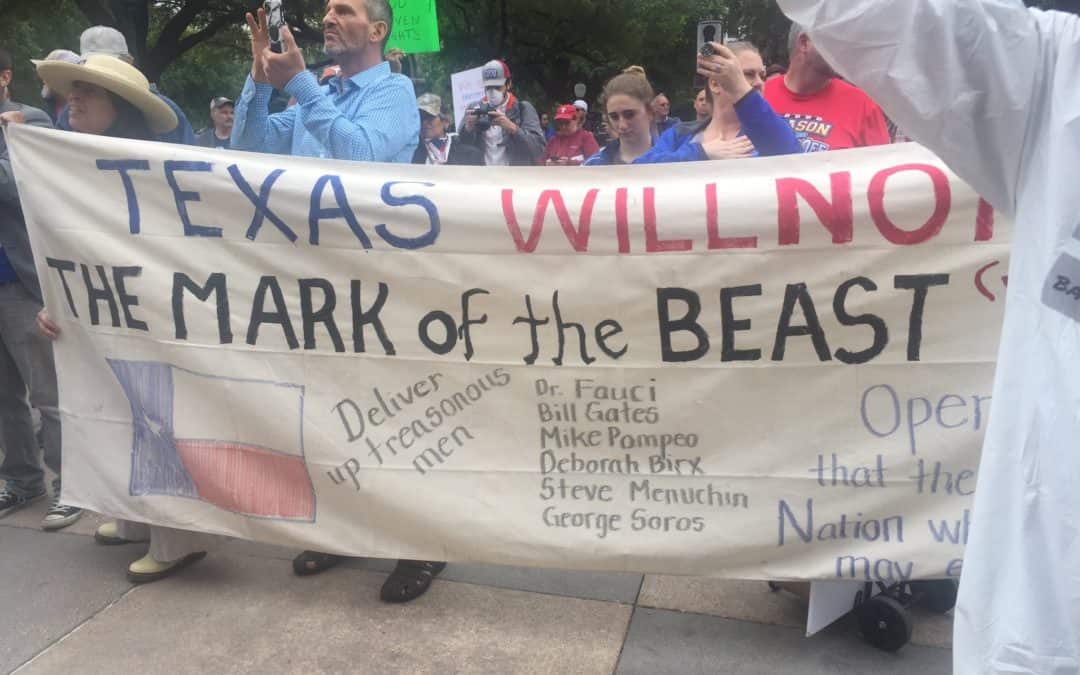 Chants of “lock her up” will likely be replaced by chants of “open it up.” And unless Democrats develop a clear counterstrategy, this strategy - egged on by rightwing media and Trump’s daily press briefings - could increase Trump’s reelection chances.

Trump may try to outflank Democrats from the left. That's because the economic consequences of the pandemic - and the necessary lockdowns - fall most heavily on the working class and poor.  And while his real agenda is to protect corporate profits, Trump and his Republican allies are urging a premature reopening of the economy, under the pretense that it will protect those most vulnerable Americans, who are increasingly unable to pay for basic necessities like housing, food, and health care.

Right now, working people in the United States face the agonizing choice of going to jobs, if they still have jobs, or becoming destitute. This choice is most acute for frontline health workers, and all those whose work is essential to our survival: farm and food workers, delivery, sanitation, mass transit and public safety workers.

For essential workers, showing up for work can can make them and their families sick. It can even kill them, even when it saves the lives of others. Not showing up can mean homelessness, despair or worse. Many working Americans feel this pain right now. Don’t put it past Trump to try and tap into this feeling, by acting as though he’s their true defender against “elitist” Democrats and "partisan" scientific experts.

As The Atlantic's Joe Pinsker explains,

In the coming months and years, there will really be two pandemics in America. One will be disruptive and frightening to its victims, but thanks to their existing advantages and lucky near misses with the virus, they will likely emerge from it relatively stable—physically, psychologically, and financially. The other pandemic, though, will devastate those who survive it, leaving lasting scars and altering life courses.

Andrew Noymer, a public-health professor at the University of California Irvine, puts it more succinctly: ‘Someone is at home wondering how he’s going to make rent and feed his family,” he said. “And someone else is wondering if they can binge-watch the first season of The Sopranos or whatever.’”

Trump May Run As Defender of the Working Class

In other words, the danger here is that Trump will portray himself as the true protector of the working class, while he paints Democrats as defenders of the affluent who can afford to stay home, order Pad Thai and watch episodes of Tiger King back-to-back.

This argument was framed most forcefully by Newt Gingrich in a weekend Fox column headlined, “Like Marie Antoinette, Princess Pelosi enjoys luxuries but ignores needs of desperate people.”

We are watching the birth of the job-killing, ice-cream eating liberal Democratic Party…The Marie Antoinette parallel is a little eerie. You may be pinching pennies and eating peanut butter and crackers, but her highness, the princess of San Francisco, is smothering her anxieties with $11.60-a-pint ice cream while making you go bankrupt.

Of course, we might ask, how much have Trump’s gilded curtains, golf junkets and Mar-a-Lago weekends already cost taxpayers - or Gingrich's own lifestyle, as the spouse of a Trump-appointed ambassador? His third wife, Callista, was named Trump's envoy to the Vatican in 2017.

Trump himself is also working this strategy. Over the weekend, he tweeted out support for relatively small demonstrations by gun-toting, non-social-distancing supporters who called for an immediate end to social distancing  in Midwestern swing states. Trump applauded their demands for  to “liberate” themselves from the shelter-in-place restrictions imposed by the Democratic governors of states like Michigan, Minnesota and Virginia because of the dangers of Covid-19. He also suggested these restrictions were an underhanded attempt to erode Second Amendment rights.

Trump Wants It Both Ways

As usual, Trump wants to have it every way at once. He shamelessly lies and contradicts himself: from day to day, hour to hour, and even within a single sentence. This time, even as Trump was urging demonstrators to illegally defy orders to preserve safe social distance, his administration was issuing guidelines to states on the criteria they consider preconditions for starting to reopen.

These criteria include states seeing a decline in documented cases over a 14-day period, ensuring that hospitals can treat all patients without crisis care, and having a comprehensive testing program in place, including antibody tests, for at-risk health care workers, before beginning phased reopening of the economy.

As far as I know, no state has yet fulfilled the Trump administration’s own criteria for starreopening, even as Trump tweets his support for demonstrators demanding immediate reopening.

But the beauty of Trump’s strategy is that he can, imaginably, have it both ways. After lawmakers shut down his initial claim that as President he held absolute authority over reopening states, Trump turned around and put the responsibility solely on the Governors.

And while state Governors have made clear they can’t reopen without adequate testing, which is currently unavailable in many locations, and states are forced by the federal government to compete amongst themselves for scarce resources, Trump denies his own responsibility for offering the adequate and thorough testing that has enabled countries like Norway to control the pandemic, and start a return to normal life.

In other words, while simultaneously calling on the states to reopen, Trump has denied them the means to do so, making it impossible for Governors to begin a responsible phased reopening. Then he turns to social media and tells demonstrators to demand an immediate reopening, so he can paint himself as their hero.

The strategy is brilliant in its simplicity…After blaming almost everyone under the sun for the position we’re in, and taking no responsibility himself, the President now has engineered a safer political environment where he cedes the leadership in return for being critic-in-chief... [I]t’s very easy to see him entering the fall saying ‘we moved too quickly/we moved too slowly against my own better judgment.”

Trump’s strategy will play out most forcefully among swing voters in swing states, particularly Michigan, Wisconsin, and Pennsylvania, which won him his 2020 electoral college victory by an aggregate of only 67,763 votes. Trump's reelection committee will use this strategy to reach those working-class Democrats who voted for Trump in 2016, and suburban moderate Republicans and independents who have become increasingly uncomfortable with Trump’s style.

Will blaming the Democrats for economic hardship caused by the pandemic that he himself mishandled help Trump again squeak out a narrow electoral college victory? He’ll almost certainly lose the popular vote by greater margins than in 2016, as voters in states with large urban populations most impacted by the pandemic overwhelmingly reject Trump. Or will enough swing state voters ultimately blame Trump’s incompetence for their hardship?

Democrats Need To Fight Back

To have an American president encourage people to violate the law, I can’t remember any time in America where we have seen such a thing. It is dangerous because it can inspire people to ignore things that actually can save their lives.

Thus far, Democratic Governors have stood as the strongest counterweights to Trump's careless contempt for the lives of working people. Now if only Joe Biden would finally emerge from his bunker, and start fighting back like it means something to him, too.