An Epidemic of Insecurity 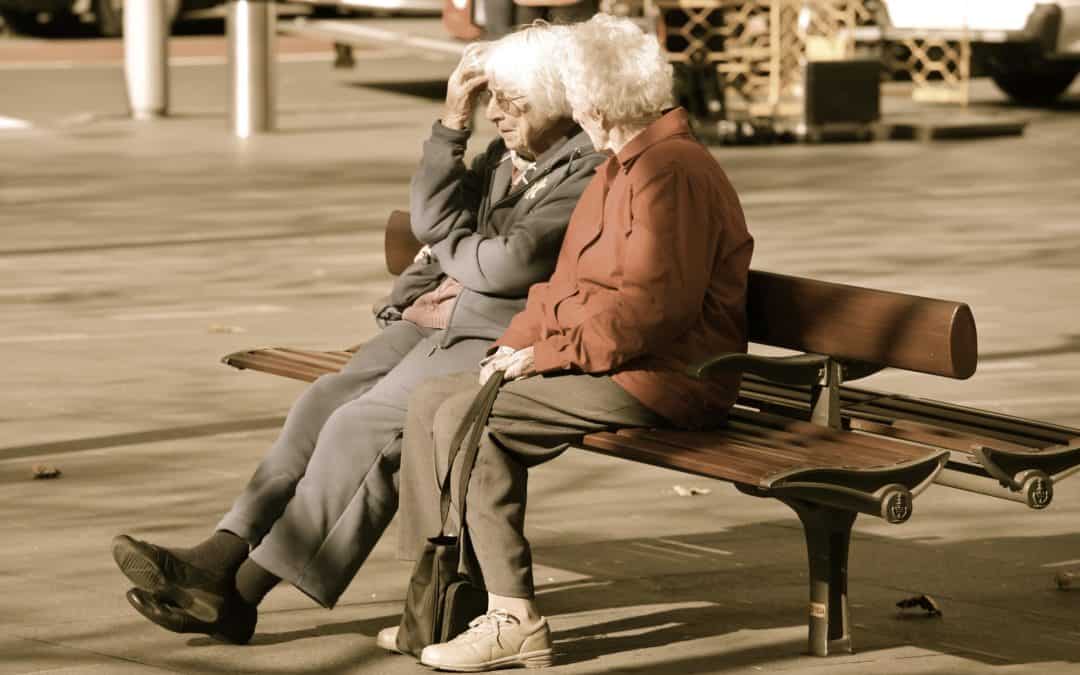 The Dow Jones Industrial Average posted its worst loss since the 2008 financial crisis in a single day this week because of the coronavirus’ impact on global trade, leaving many Americans sick with worry.

It’s not just a rapidly spreading, mysterious disease that made Americans feel vulnerable. The Dow’s freefall erased millions of dollars from retirement accounts and exposed another kind of epidemic—retirement insecurity.

There once was a time when the combination of company pension plans, Social Security and personal savings could carry retirees through their golden years.

No longer. Most companies eliminated defined-benefit plans providing a reliable income stream and implemented 401(k) plans that leave workers at the mercy of stock market volatility, like the kind that rattled investors this week and crushed workers in 2008.

Today, Americans have so much angst about the future that about 29 percent of baby boomers, 36 percent of Gen Xers and 77 percent of millennials fear they’ll never be able to retire or will have to work past normal retirement age.

Americans work hard so they can provide for their families and enjoy retirement. But no matter how carefully they plan, their retirements depend on factors beyond their control.

Patricia Cotton, a home health aide in Maryland, lost half of her $150,000 investment nest egg in the 2008 recession and retired 12 years later than planned.

In all, Americans lost about $2.4 trillion in retirement earnings during the second half of 2008, and the average household lost a third of its net worth.

Cotton was one of many who experienced losses so severe that they had to work longer than intended. The memory of the 2008 recession still gives Americans retirement jitters, and stock market drops like the ones this week compound the fear.

Before 401(k) plans dominated the retirement landscape, companies provided defined-benefit pensions. Workers earned specific—defined—amounts based on their wages and years of service. When workers retired, the employer provided those amounts no matter how the stock market fared.

But now, even workers and retirees with these plans can lose what they earned. For example, 1.3 million Americans are in about 150 multiemployer pension plans at risk of collapsing.

These plans, enrolling workers from two or more companies in fields such as transportation and paper, lost investment earnings in the 2001 and 2008 recessions. Some companies also used bankruptcies to wriggle out of pension obligations. Now, the plans owe more money to beneficiaries than they have coming in.

Because of financial problems plaguing her late husband’s plan, Mary Fry saw her pension cut by more than half, to $1,514 a month, in her early 70s. “It’s worrisome,” she said, “and I don’t think I need worry in my life right now.”

The U.S. House last year passed the Butch Lewis Act, a measure that would provide low-interest loans to save multiemployer plans, but Senate Republicans refuse to consider it.

Instead, Republican Sens. Chuck Grassley of Iowa and Lamar Alexander of Tennessee want to prop up the plans with higher taxes on workers and retirees. Workers didn’t create the problem, but Grassley and Alexander expect them to fix it.

The senators also want to impose hefty new fees on multiemployer plans, something that would push even the healthy ones into financial ruin.

Meanwhile, pensioners agonize about losing houses or paying medical bills if their plans fold. Others try to conserve as much as they can.

Alan Ebert, a United Steelworkers (USW) member who retired about four years ago from a Louisiana paper mill, is in a multiemployer plan at risk of insolvency in 10 years.

He wants to put off collecting Social Security as long as he can. Retirees who delay collecting benefits after their eligibility dates get bigger checks when they do tap into the system, and Ebert hopes to maximize his Social Security in case his multiemployer plan fails.

But Social Security also is imperiled. Some Americans fear it won’t even be around when they’re old enough to retire.

If Congress fails to bolster the trust funds within about 15 years, the program will have to reduce benefits by about 20 percent. That would impoverish millions of retirees.

Mass retirement of baby boomers stresses the program. By 2030, Social Security will have 44 recipients for every 100 workers paying into the system, up from 35 recipients per 100 workers in 2014. But that isn’t the only reason for the funding crisis.

Making millionaires and billionaires pay Social Security taxes at the same rate as ordinary Americans would stabilize the program.

Under the current, broken system, the rich feather their own nests at everyone else’s expense. They enjoy cushy retirements while average workers struggle to provide for the present, let alone the future.

Because of decades of stagnating wages, many workers live paycheck to paycheck. Some juggle multiple jobs.

Many Americans have nothing to bank for old age.

Roberta Gordon, for example, worked all of her life. But she held a variety of low-paying jobs that provided no pension, meager Social Security benefits and zero savings.

So, at 76, Gordon spent her Saturdays working at a California grocery store, handing out food samples for $50 a shift. She got her own groceries at a church food bank.

Passing the Butch Lewis Act is one step the Senate can take to ease Americans’ retirement insecurity. Making the rich contribute their fair share to Social Security is another common-sense move Congress owes the American people.

Right now, many worry that their resources will expire before they do.