The Time is NOW For The PRO Act To Protect Workers 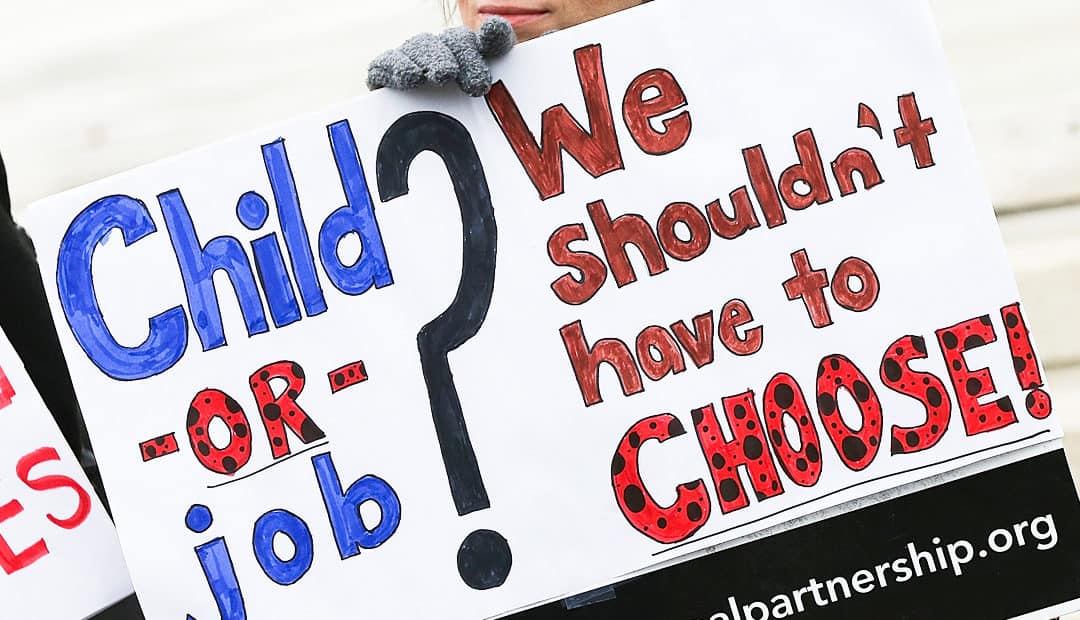 Jim Staus had one goal: To  make the University of Pittsburgh Medical Center (UPMC) a better place to work. Jim worked hard, he got stellar reviews and he was proud of his job as a supply technician. But his pay was so low that one winter, he and his wife had to melt snow to flush their toilets after their water was shut off. When Jim started talking to his coworkers about forming a union with SEIU, UPMC fired him illegally.  Losing his job and his paycheck upended his life. And despite winning at the National Labor Relations Board twice, Jim is still waiting for justice. Years later, his case is still under appeal, with UPMC’s corporate lawyers spending whatever it takes to bury him in paper.

Jim is not alone. Our labor laws do an abysmal job of protecting working men and women across the nation when they come together to stand up for themselves and their families. In more than 40 percent of union elections, employers are charged with breaking the law.  And union-busters face few repercussions. Now, we have a chance to change that when the Protecting the Right to Organize (PRO) Act, H.R. 2474, comes to a vote in the U.S. House of Representatives on February 6.

As members of the Congressional Progressive Caucus have made clear, if Congress is serious about supporting working families, labor law reform should be at the top of the agenda.  This matters a whole lot to unions, but it also matters to progressive organizations. That’s because unions build power for the rest of us.

Unions give us a say in our workplaces and in our democracy. From teachers demanding fair wages and better conditions for their students to McDonalds’ workers fighting for an end to sexual harassment to tech workers protesting their companies’ role in helping the Trump administration carry out its cruel family separation policy, unions are at the heart of the progressive movement.

Union membership is tied to higher wages, safer workplaces, better healthcare, lower pay gaps for women and people of color and more. Children who grow up in areas with high rates of union membership have better education and life outcomes, even if their families weren’t in a union.  That’s because unions fight for things that benefit everyone, like better schools and better healthcare.

Unions have been under an all-out attack from union-busting employers, aided and abetted by legislatures and the courts for decades. Chipping away at collective bargaining rights has real consequences.  As the number of people in unions has declined from nearly one in three workers in 1979 to just 10.5% of workers in 2019, more people struggle to make ends meet, while wealth is concentrated among a small group of millionaires and billionaires.  Real wages have fallen even as people work more than ever before.  Union members have higher wages, along with job benefits that allow them and their loved ones to go to the doctor when they are sick, to save for retirement and have paid leave.  Those benefits have historically grown a strong middle class that is now under attack as unions are gutted. All the while, reactionary, right-wing billionaires amass more wealth and power over our lives.

As leaders of some of the largest progressive organizations in the country, we demand that Congress take action to protect workers’ rights and fix our nation’s broken labor laws.

There are bills before Congress right now that would give working people the protection they deserve. The PRO Act, H.R. 2474, would make sure that when working people stand up for themselves, the law is on their side.

The PRO Act makes sure that employers who break the law actually pay the price.  Just like Jim’s story, there are countless examples of employers who brazenly ignore labor protections because they know they can get away with it.  The PRO Act provides meaningful penalties when employers engage in union-busting. It provides a path to reinstatement for fired employees while their cases are waiting to be heard, so they are not out of work for years. And it allows workers to pursue their claims in court, rather than only before the National Labor Relations Board.

H.R. 3463, the Public Service Freedom to Negotiate Act and H.R. 1154, the Public Safety Employer-Employee Cooperation Act, protect the rights of public sector workers like teachers and firefighters to join unions and bargain collectively. In 25 states, there are no laws explicitly protecting the rights of all public employees sector workers to organize. North Carolina, South Carolina, Texas and Virginia bar teachers, police, and firefighters from collective bargaining. Thirteen states leave the question of whether teachers can collectively bargain up to local school boards. In some of these states, a patchwork of laws permit only select groups of workers, such as police officers, have the right to bargain collectively or restrict the subjects of bargaining.

Passing this legislation will restore working people’s voice on the job and fulfill the promise of our democracy to benefit all of us, regardless of income, race or gender.  And it’s what the people want. More than half of non-union workers would vote to join a union if they could.

Despite shrinking protections, more and more workers are bravely standing up for their rights by joining strikes and work stoppages across the country. In 2018 alone, more than 485,000 took to the streets, the largest number of workers participating in labor actions since the mid-1980s. Thousands of United Auto Workers (UAW) members held the longest General Motors strike in decades to fight for healthcare, fair wages and a fair deal for contract workers even after General Motors threw strikers off their healthcare plans. Despite intense anti-union efforts, workers at conglomerates such as Amazon and Walmart have continued organizing.  The progressive movement stands shoulder to shoulder with these brave men and women.

In 2018, Democrats promised working people that they would take action to strengthen our democracy and boost our paychecks. Passing labor law reform is the surest way to deliver on that promise.  Working people have never stopped fighting for their rights. Now it’s time for Congress to join their fight.

Rahna Epting is the Executive Director of MoveOn

George Goehl is the Executive Director of People’s Action

Leah Greenberg is the Co-Executive Director of Indivisible

Yvette Simpson is the Chief Executive Officer of Democracy for America

Dorian Warren is the Vice President of Community Change Action