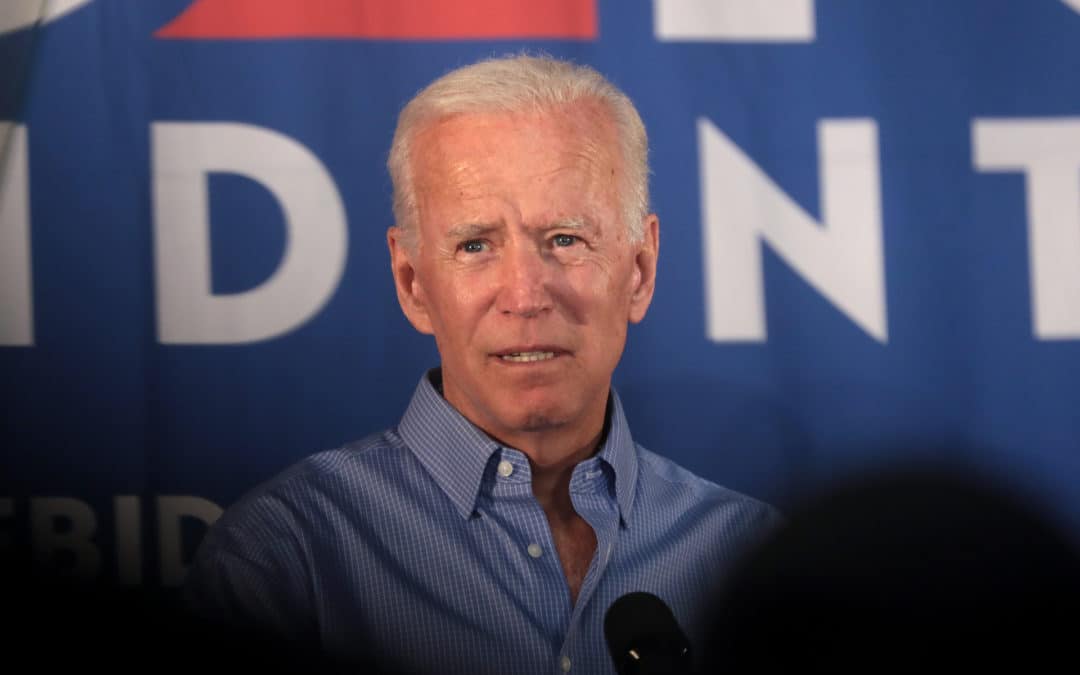 Joe Biden’s strongest argument to be the Democratic Presidential nominee is that he has the best chance of defeating Donald Trump.

There’s a clear way to test this. Democrats should accept the challenge being floated by some Republicans to trade witness testimony by John Bolton and Mick Mulvaney for testimony by Joe Biden.

If, when testifying under oath, Biden strongly and convincingly refutes implications of corruption being cast at him by Trump and the Republicans, then he strengthens his electability argument for the Democratic nomination. If, on the other hand, he wilts under the pressure, and allows Republicans to tar him with a whiff of corruption, then Democrats should seriously consider whether nominating Biden means nominating a loser.

Democrats have the chance to see this ultimate test played out in the public arena of the Impeachment trial now, rather than risking discovering too late, whether they’ve nominated the most electable or the least electable candidate to take on Trump.

To be clear, Republicans have presented zero evidence that Joe Biden used his position to help his son, Hunter, or Burisma, the Ukranian natural gas company on whose board Hunter served for five years. But the impeachment trial has already achieved in spades what Trump had initially hoped to accomplish by trying to extort Ukranian President Zelensky into announcing an investigation into the Bidens and Burisma – the trial has diverted the attention of American voters, and has implied to them that Joe Biden is corrupt.

As Democratic Senator Chris Murphy observed about Trump lawyers’ attacks on the Bidens, “It became crystal clear to me: Trump is trying to use the trial to do what Ukraine wouldn’t - destroy his political rivals.”

Regardless of ideology, if Democrats are honest with themselves, they must admit there was something swampy about Hunter Biden’s position at Burisma, and Joe Biden’s silence on the subject. Hunter Biden accepted as much as $83,333 per month from Burisma, notwithstanding that he had no prior experience with Ukraine or energy, at a time when his father was Vice President of the United States, with a portfolio that encompassed Ukraine. It seems that his greatest qualification was his last name.

The charges of corruption Trump’s impeachment lawyers are launching against the Bidens are only the start of the attack. True or not, if Joe Biden becomes the Democratic nominee for president, these allegations will be repeated endlessly by Trump and his supporters, and amplified by hundreds of millions of dollars in campaign advertising.

If Biden and his Democratic supporters try to sweep these allegations under the rug, they could aid Trump’s reelection, in the same way the controversy around Hillary’s emails and $200,000-an-hour speeches to Wall Street banks aided Trump’s 2016 election.

Trump boosters want to create a false equivalency between his massive corruption - the worst of any President in history - and the more soft-core corruption of a Democratic rival. They could undermine the image of the Democratic nominee. In doing so, they plan to give swing voters an excuse to choose the demonstrably corrupt Trump over a Democratic rival whom they come to view as corrupt.

This threatens a replay of the 2016 election. If Biden is chosen as the Democratic nominee, the Republican Convention will likely resonate with chants of “Lock Him Up!”

So if Biden wants to be the Democratic nominee, he needs to prove to primary voters now - not after the primaries - that unlike Hillary, he can stand up to Republican charges of corruption.

“[Biden testifying] would be high risk, high reward. If Mr. Biden bobbles it when he’s questioned about Ukraine, its country’s corruption and his son, he could ruin his presidential candidacy. On the other hand if he brings it to Mr. Trump, if he makes the case that he’s been the object of calumnies and speaks in defense of the career public servants the president abused, such as Marie Yovanovitch, who lost her job in the Ukraine scheme—well that could make Joe Biden President.”

If Democrats want to block the existential threat of a second Trump term, they need to find out as soon as possible during the primary season whether Biden has what it takes to stand up to Trump. If he does, he may deserve his status as the Democratic frontrunner. But if he fails, the Democrats need to find a better frontrunner in a hurry, or risk the future of the nation and the planet on a second Trump term.