Trump Gets An F From Workers 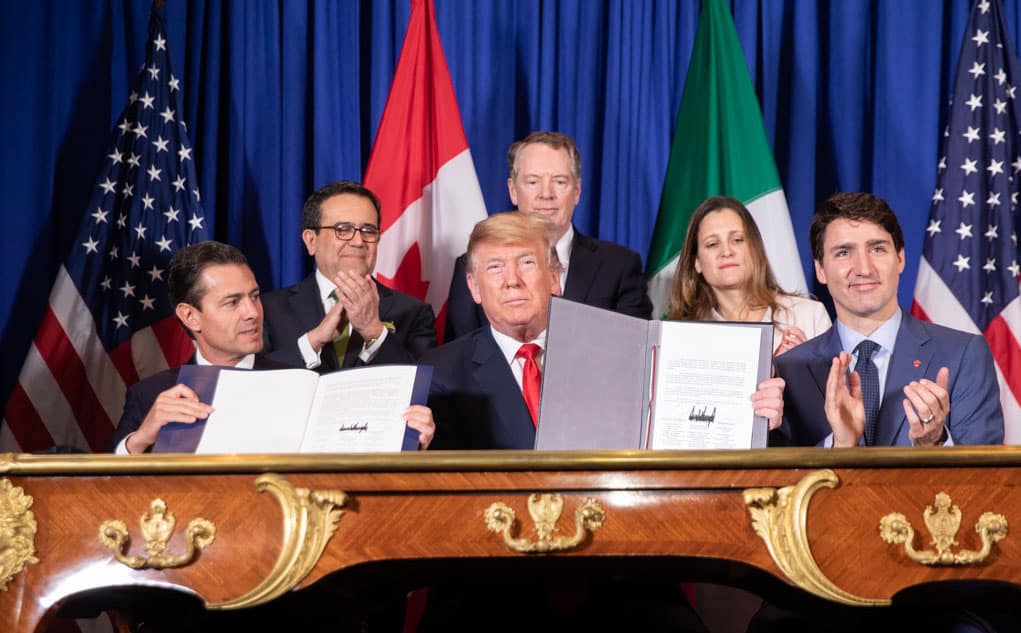 Donald Trump, the self-proclaimed “great negotiator” and author of “The Art of the Deal,” promised to use his bargaining skills to help the American worker.

His behavior tells a different story. Both of the trade deals he produced so far—the original United States-Mexico-Canada Agreement (USMCA) and the “phase one” agreement with China—failed American workers.

Make no mistake, Trump inherited real trade problems. For more than 20 years, politicians of both parties failed to fix a broken system.

Corporations exploited trade agreements to shift family-sustaining manufacturing jobs to Mexico, China and other countries that pay workers low wages and deny them the protection of labor unions. They made boatloads of money offshoring jobs, but in the process, they robbed U.S. workers of their livelihoods and hollowed out countless American communities, decimating their tax bases and exposing them to epidemics of crime and opioids.

Trump made fair trade—and standing up to cheaters—a centerpiece of his 2016 campaign.

He railed against the North American Free Trade Agreement (NAFTA), which empowered corporations to shift more than one million manufacturing jobs to Mexico. He excoriated China for illegal trading practices that siphoned off more than three million American jobs, and he vowed to stop the bleeding.

The labor movement was prepared to work with him to achieve its long-sought goals. But as president, he let workers down. America needs a comprehensive trade solution, but Trump’s policy lacks vision.

The omission of enforceable labor standards in the original NAFTA enabled U.S. corporations to move manufacturing jobs south of the border and take advantage of Mexican workers.

Mexican workers make a few dollars an hour, much less than their U.S. counterparts, and they lack the protection of real labor unions. Companies make deals with protection unions to muzzle complaints about wages and dangerous working conditions. Workers have no voice, and U.S. corporations get rich gaming this system.

But Trump’s version of the USMCA also lacked specific mechanisms to enforce labor standards. Because he failed to deliver, labor unions and Democratic members of Congress stepped into the breach and did the hard work of fixing the deal so that it provides real protections for workers and jobs in all three countries covered by the agreement.

Congressional Democrats traveled to San Luis Potosi, Mexico, to visit a Goodyear plant that pays some workers less than $2 an hour, exposed them to hazardous conditions and fired dozens who dared to strike. Goodyear, which laid off workers in Virginia and Alabama while operating the low-cost Mexican plant, refused to let the Congress members through the door.

But the visit showed the importance of incorporating worker protections into the USMCA. Prominent Democrats, including Sen. Sherrod Brown of Ohio, Rep. Rosa DeLauro of Connecticut, House Ways and Means Committee Chairman Richard Neal of Massachusetts and House Speaker Nancy Pelosi. refused to pass the legislation until it represented a significant improvement over NAFTA.

Under the revised version of the USMCA, Mexico must follow through with promised labor reforms, such as giving workers the right to organize, or face enforcement actions. When Mexican workers join unions, their wages will rise, giving U.S. employers less incentive to relocate jobs.

In addition, the revised version makes it easier for the U.S. to initiate complaints against Mexican companies for trade violations, provides for multi-national inspections of Mexican factories and gives the U.S. the authority to impose significant penalties and ultimately to block violators’ goods.

Congress passed the revised version of the USMCA, not Trump’s toothless version. The deal is far from perfect, but it’s a significant improvement over NAFTA.

Trump’s failure to follow through on labor standards in the USMCA showed his murky strategy on trade. His use of tariffs does, too.

In 2018, he slapped steel and aluminum tariffs on the whole world—alienating global trading partners—when the right approach would have been a strong, surgical strike against China’s dumping. While the tariffs had some positive effects, they’re no substitute for big-picture fixes Trump has yet to deliver.

Last week, Trump unveiled “phase one” of a new trade deal with China. It’s little more than window dressing and an effort to defuse bilateral tensions during an election year.

The deal removes some tariffs on Chinese goods and theoretically commits China to purchasing $200 billion in pork, jets, energy and other U.S. products. It gives new market access to U.S. financial firms, allowing Wall Street to line its pockets. But it does nothing to address job loss.

The U.S. lost 3.7 million jobs to China since 2001, 700,000 of them during Trump’s presidency, and the trade deficit actually increased during the first two years of his term.

The loss of American jobs is no accident. It’s part of China’s policy to destabilize competitors and boost its own power.

In addition, China allows its industries to overproduce and flood global markets, further driving down prices with gluts of steel, aluminum and other products. And it artificially depresses the value of its currency to encourage still more overseas sales.

These are the major problems that U.S. trade policy must address, but Trump’s phase-one deal doesn’t resolve any of them.

Instead, before announcing the phase one agreement, he backpedaled. He rescinded China’s designation as a currency manipulator.

Now, just like they did with the USMCA, labor unions and Democratic members of Congress must be ready to wade in and demand improvements to the China deal.