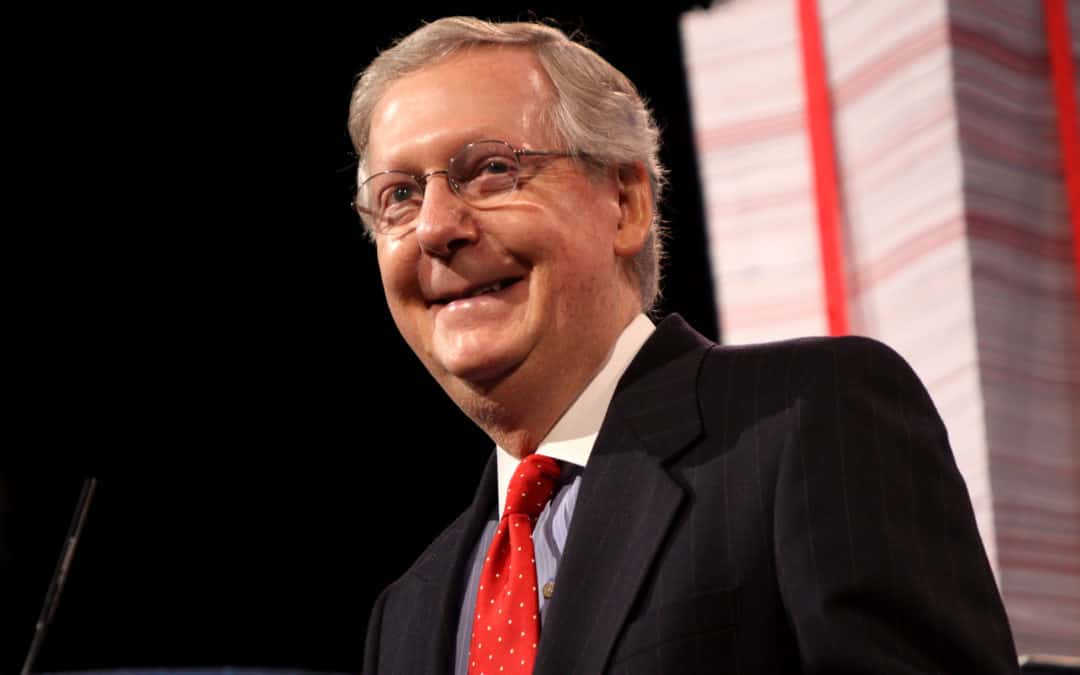 Patients have punched Marketa Anderson. They’ve kicked and head-butted her. They’ve slammed her into walls.

One threw a shoe, hitting her. Then he threw a chair at her—and missed.

Health care workers like Anderson, president of United Steelworkers Local 9349 in Chisholm, Minn., are assaulted by patients all of the time. The Democratic-controlled House recognized the need for action and passed a bill requiring employers in the health care and social service fields to implement violence-prevention plans.

But the Republican-controlled Senate has ignored this bill, along with about 400 others the House passed this year. When these legislators refuse to legislate, they’re telling the American people that they couldn’t care less about urgent issues like workplace safety, failing pension plans or fair wages. They’ll gladly imperil workers and retirees.

That’s because Senate Republicans have sold their souls to corporations and the one percent. Working Americans aren’t their concern.

When the House passes bills, Senate Republicans—with Majority Leader Mitch McConnell of Kentucky at the helm—simply ignore them. They can’t be bothered to debate the legislation. They fail to hold hearings or votes.

They refuse to pick up the phone and try to work out a compromise with House leaders. They just let the bills languish. Doing nothing is their strategy for stymying House Democrats’ efforts to help working Americans.

But ensconced deep in the pockets of the wealthy, GOP senators feel no shame. McConnell proudly christened himself a “Grim Reaper” bent on killing House legislation.

While McConnell spent most of the year killing things, Rep. Joe Courtney, D-Conn., tried to make sure that health care workers come home in one piece.

He introduced the House bill requiring employers to implement violence-prevention plans. The House passed it by a wide margin. Thirty-two House Republicans voted for the bill, showing that it’s a prudent measure worthy of bipartisan support.

Health care and social service workers are five times more likely than those in other fields to experience on-the-job violence.

When workers look to their employers for protection, they’re often told that the risk of violence comes with the job.

Anderson, who works with people who have developmental disabilities, said she and her colleagues are regularly attacked.

One patient head-butted her because she wouldn’t give him something he wanted. But sometimes, she and her colleagues are just in the wrong place at the wrong time. That’s what happened the day the one man threw the shoe and chair at her.

“He was in his room, and I was just walking past,” she said.

After the House approved Courtney’s bill, Sen. Tammy Baldwin, D-Wis., called on her Senate colleagues to pass it quickly. Then nothing happened.

As medical doctors, Republican Sens. John Barrasso of Wyoming, Bill Cassidy of Louisiana and Rand Paul of Kentucky know the risks health care workers face. Yet they aren’t hounding McConnell to get the violence-prevention bill moving.

Hospital groups oppose the bill, and Republican senators care about employers, not workers. The bill is just one more bone in the Senate graveyard.

They’re also earning taxpayer-funded pensions. In retirement, they’ll rely on those pensions. They’ll count on that money being there.

That makes their refusal to rescue workers’ pensions so shameful.

In July, the House passed the Butch Lewis Act. It would enable the federal government to float bonds and use the proceeds to make low-interest loans to failing multiemployer pension plans, saving the pensions of about 1.3 million hard-working Americans like truck drivers and steelworkers.

Nearly 30 House Republicans joined their Democratic colleagues in voting for the bill.

But there’s no bipartisanship in the Senate, where Republicans consider the Butch Lewis Act a “bailout” that workers and retirees don’t deserve.

Bailouts for banks—like Republicans provided during the 2008 recession—are OK. And Republicans love tax cuts for corporations and the rich—like they doled out in 2017.  But Reaper Mitch can’t bear the thought of federal assistance for retiree pensions.

Instead of working with the House to implement the Butch Lewis Act, Republicans Chuck Grassley of Iowa and Lamar Alexander of Tennessee want to prop up troubled pensions plans with higher taxes on retirees and higher costs on healthy retirement funds.

The Republican senators’ big solution is to punish retirees and set up more plans to fail.

When he took over the Senate in 2015, McConnell vowed to end the gridlock that afflicted previous Congresses. Now, he’s the chief architect of it.

McConnell is all talk and no action. His desire to beat back the House Democrats’ agenda trumps any interest he ever had in doing the job his constituents elected him to do.

Nothing showed how firmly he’s dug in his heels like his reaction to the minimum wage bill the House passed in July.

McConnell’s constituents in Kentucky would benefit from that bill, which would raise the federal minimum wage to $15 an hour by October 2025. Congress hasn’t raised the minimum wage, now $7.25, in a decade.

Kentucky has the nation’s sixth-highest poverty rate, 16.9 percent. According to one estimate, a hike in the minimum wage would directly benefit 513,000 Kentuckians.

But after the House passed the minimum wage bill, Reaper Mitch immediately declared it dead on arrival in the Senate. He said he feared helping low-wage workers out of poverty would slow the economy. In other words, corporations told him it would hurt their bottom lines. So he chose to ignore the bill and disregard the needs of Kentuckians and low-wage workers everywhere.

Senate Republicans have passed a few bills renaming post offices. And they’ve confirmed a boatload of conservative judges who side with the rich against the working class.

Otherwise, they’ve wasted the entire year and ignored the pleas of millions of Americans who need help of one kind or another.

Anderson and other health care workers, for example, will suffer more injuries on the job. Right now, except for staying alert, there’s little they can do to prevent assaults or ward off their attackers.

“We’re allowed to block them, but we can’t touch them,” Anderson said.