What Corporate Democrats Really Mean When They Say ‘Purity Test’ 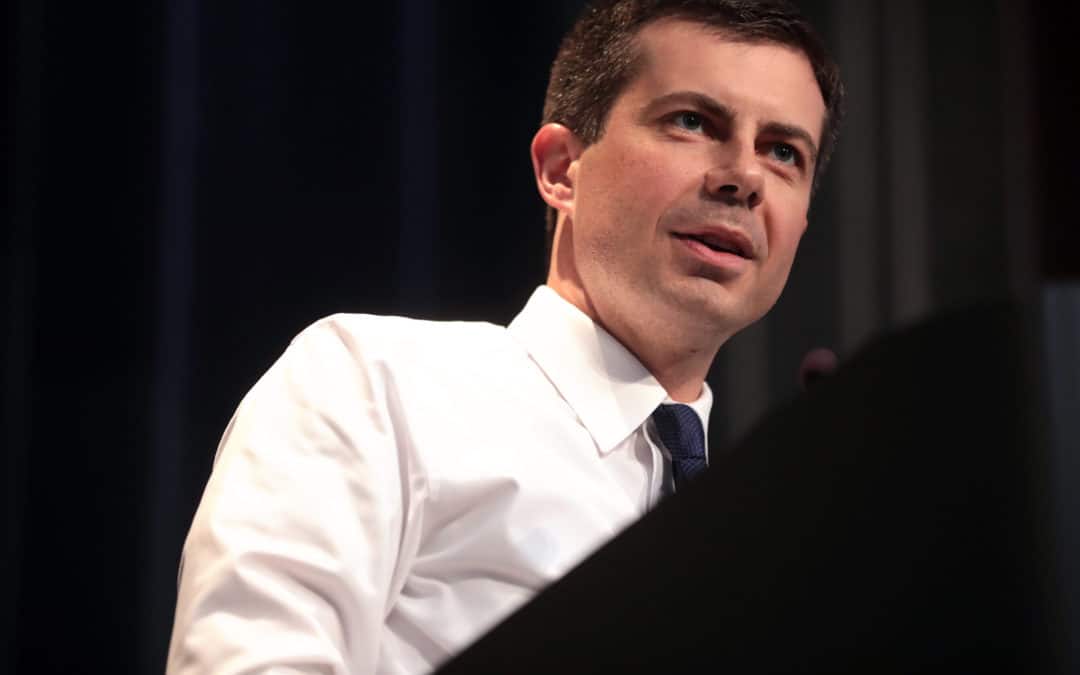 “Purity test”? “Pragmatic progressive”? “Free stuff”? What are these politicians talking about?

If you’re confused, you’re not alone. Certain words and phrases are routinely used by “centrist” political candidates. By design, these terms are imprecise, emotionally charged, and often self-contradicting. In fact, the word “centrist” is just such a term, since polling shows that the economic viewpoint of these candidates—especially regarding health care, Social Security, education and other social programs—is often well to the right of the general public.

Pete Buttigieg’s recent use of the term “purity test” is a case in point. While the Midwestern mayor used it to describe criticism of big-donor fundraising, it has also been applied to policies such as Medicare for All and the Green New Deal. Rep. Alexandria Ocasio-Cortez fired back a few days later. “For anyone who accuses us for instituting purity tests,” she said, “it’s called having values. It’s called giving a damn.”

Presumably, every Democratic primary voter has some core values that any candidate must at least nominally endorse to get their support. What makes one position a “value” and another a “purity test”? Given the confusion caused by this and other terms, and as an aid to the general public, here’s a guide to centrist terminology.

Someone who presents a corporate-friendly agenda with less fervor than the typical Republican, with a modest measure of regulation as demanded by circumstances and with a patina of social liberalism.

“Choice” (when applied to a public good)

A word used as an attempt to distract people from the flawed state of the American social contract by forcing them to choose from an array of semi-functional, overpriced private-sector products. This allows policymakers to subsidize private corporations at public expense, while at the same time providing the public with something that loosely resembles—but is not—a functioning social safety net.

“Compete” (as in, “prepare workers of the future to compete”)

A word used to describe what workers will be required to do to survive in the new, Randian economy. For example, to become competitive, workers are sometimes expected to run through a gauntlet of poorly conceived and insufficiently funded educational programs to re-train them for the “new economy” (defined below), often under the assumption that there is a secret app designer hiding inside every laid-off manufacturing employee. To “compete” after training, workers should be prepared to fight like crabs in a barrel for low-paying jobs that provide no employment security or benefits. (See also: “Jobs of the future,” defined below.)

A term of contemptuous dismissal for public services that are commonly available in other developed countries, and which any decent society would make available to all human beings.

A declaration of sentimental attachment not only to an individual across the aisle, but also to a long-passed era of comity between powerful individuals from both political parties. The term reflects an unwillingness to accept the cynicism and depravity of today’s GOP. It may also indicate a willingness to use “bipartisanship” as a cover for offering conservative policies by pretending they are needed to attract Republican votes (which they will not do).

People who are forced to choose from a bewildering array of inadequate private health options, based on future needs they can’t anticipate, as offered by private corporations that benefit financially by confusing them now and denying them medical care later. The word “consumers” allows policymakers to accuse individuals of not being “smart shoppers” when things go wrong, thereby deflecting blame away from both themselves and the corporations.

“I don’t think anyone has a monopoly on bold ideas”

I don’t have any bold ideas.

“I know how to get things done”

I intend to keep using a political approach that hasn’t gotten anything done for years.

“I will not raise taxes one penny on the middle class”

I’ll let corporations keep ripping the nearly-vanished “middle class” off instead, charging people more than they’d pay in taxes while providing less in services—and without public oversight or accountability.

I don’t believe that a country that won two world wars, rebuilt its economy with the New Deal after the Great Depression, created Medicare and Social Security, developed the internet at public expense, and sent several manned missions to the moon can do big things.

“Ideology” (as in, “I don’t believe in rigid adherence to any political ideology”)

A pejorative term for principles and/or core values.

“Jobs of the future”

Menial piecework tasks, parceled out through apps that force workers into 12-hour days in the hopes they can eke out a living through a lifetime of endless servility.

Same as the old economy (circa 19th century), but the boss wears a turtleneck or a hoodie.

Definition 2: I don’t want you to understand how finance works.

Any bold idea I don’t support.

See above; the exploitation of public resources for private profit.

Any belief or policy I won’t espouse because it would alienate my funders, but that I won’t openly oppose because it’s popular with voters. It implies that people who support it are rigid and unreasonable, rather than principled and thoughtful.

“Reaching across the aisle”

A coded message to big-money donors that you will not fight for the policies you claim to believe in.

“Realistic” (as in, “Your proposal (backed by a large majority of voters) isn’t realistic”)

We don’t live in a functioning democracy and I don’t plan to do anything about it.

“Rich kids/Trump’s kids” (as in, “I don’t want to give free college to Donald Trump’s kids”)

1) I believe that social program X is a commodity, not a public good; 2) if I really cared about economic inequality, I’d raise taxes on the Trumps of this world to pay for it, and 3) my logic could be applied to elementary schools, too, so I hope you don’t think about what I’m saying too much.

A cautious proposal that can’t get passed as long as Republicans control the Senate, but will not inspire voters to turn the Senate Democratic. In other words, something that can’t get done.

The stated goal of providing every American with inadequate health insurance that ensures neither financial security nor decent medical care.

“You can be progressive and practical at the same time”

I am neither progressive nor practical.

Richard “RJ” Eskow is senior adviser for health and economic justice at Social Security Works. He is also the host of The Zero Hour, a syndicated progressive radio and television program. This article was produced by Economy for All, a project of the Independent Media Institute.