How Our Country Talks About The War On Drugs Is Backwards 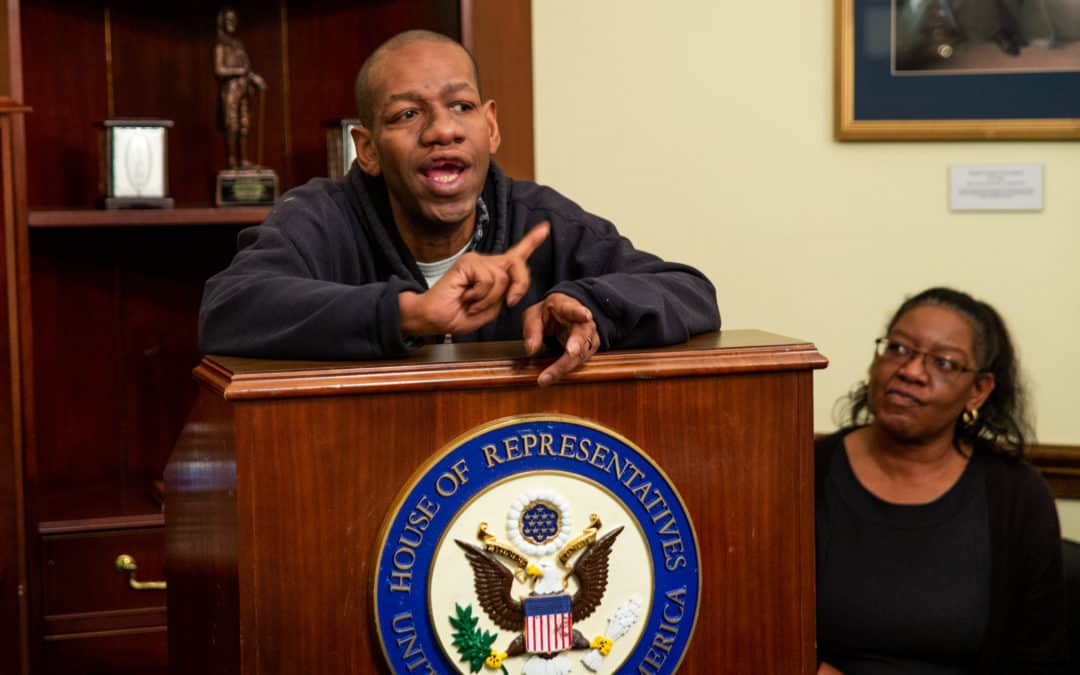 “How our country talks about the war on drugs is backwards,” said Kassandra Frederique, in her opening remarks to the first-ever convening of the People’s Action Overdose Crisis Cohort in Washington, D.C.“Criminalization of drug use and drug prohibition was no accident.” 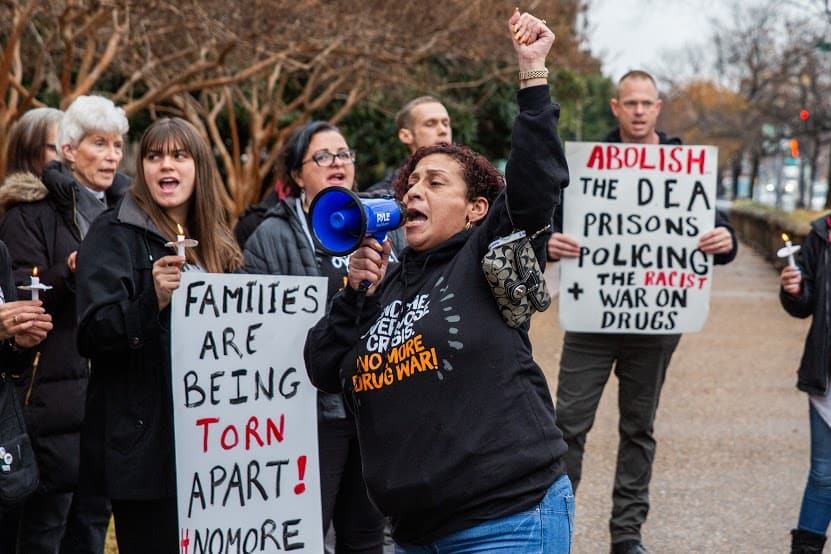 Frederique, the Managing Director of Policy, Advocacy and Campaigns at the Drug Policy Alliance,  shared these insights with the more than sixty members of People’s Action and the Center for Popular Democracy’s Opioid Network who gathered with health care experts, providers and advocates for three days in December to confront the opioid crisis through strategy, policy and direct action. Many of those gathered shared how they have experienced the pain and loss of the opioid crisis in their own lives and in their families. 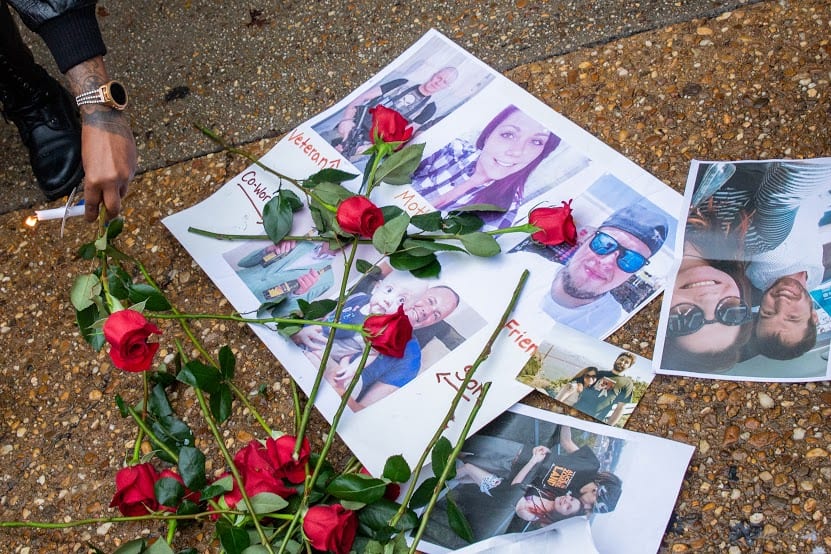 This first-ever convening of grassroots leaders impacted by our country’s failure to adequately address the opioid crisis included a legislative briefing on Capitol Hill, End the Overdose Crisis and the War on Drugs, with the Freshman Working Group on Addiction, chaired by Congressman David Trone of Maryland’s sixth district. Formed February 2019, this newly elected bipartisan group of 36 freshmen members of the House of Representatives came together to understand the extent of the impacts of addiction and jointly promote policies to reduce overdoses and deaths. 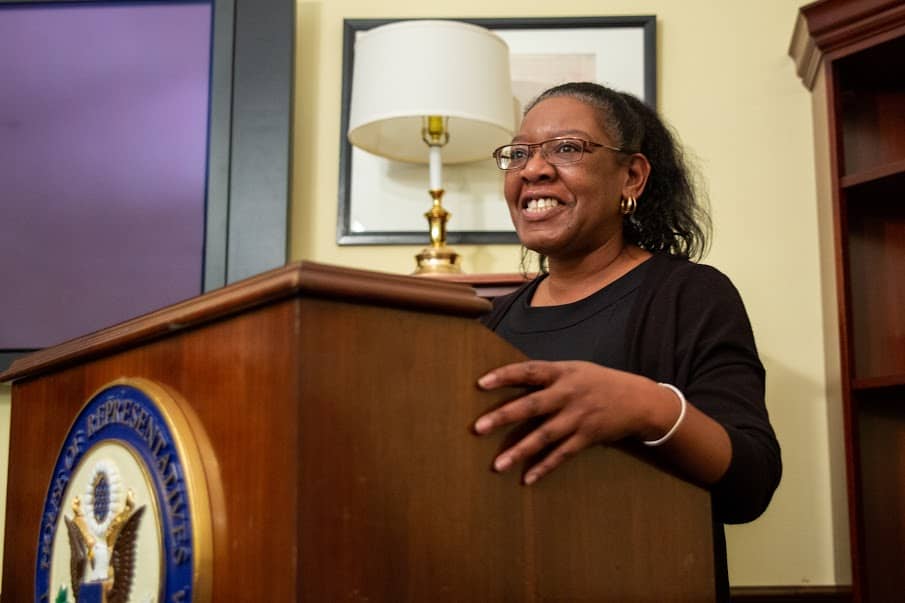 “We can stop this… Now’s the time to do it!” said Jeremiah Jaynes, a member of Down Home North Carolina, on Capitol Hill. Jaynes shared how he is still living with the struggle against addiction, and how the war on drugs has claimed his prospective future of becoming an engineer. Today, he has made it his lifelong mission to fight to end the drug war. Chantel St. Laurent from Maine People’s Alliance shared how she is one of the fortunate ones who has survived this crisis. She is now in long-term recovery and has avoided incarceration, and she has struggled with the stigma and shame of seeking treatment and services for her addiction.

Frederique reminded those gathered that the roots of today’s opioid crisis can be found in the failed policies of the “War on Drugs in the 1970s,” which was purposefully designed to control and criminalize black people, black families and marginalized communities, rather than address the root causes of addiction. This approach culminated in the overdose crisis we face today, in which we must advocate for bold transformational approaches to reducing harm and recovering lives, as well as fight to address the systemic issues that limit access to care and lifesaving treatments. 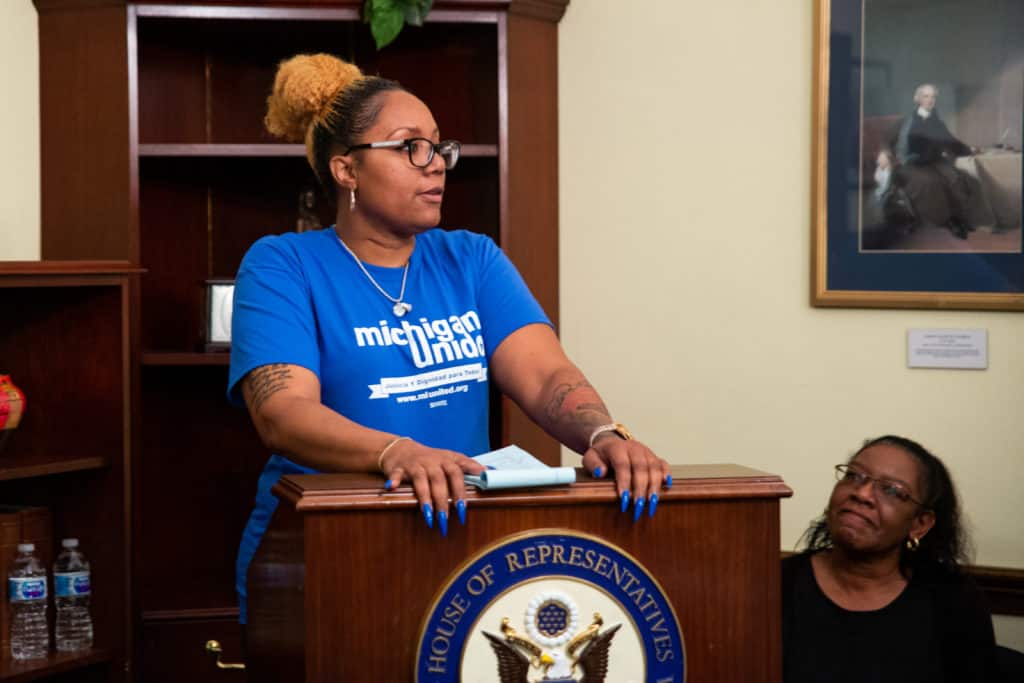 “Let’s stop burying our children and loved ones,” said Brenda Siegel, from Rights and Democracy Vermont, as she told her story. She was joined in sharing powerful testimony on Capitol Hill by Cathy Phason from Michigan United, Shantae Owens from Voices of Community Activists and Leaders (VOCAL) from New York, and Heather Schafter of  the New Jersey Organizing Project. 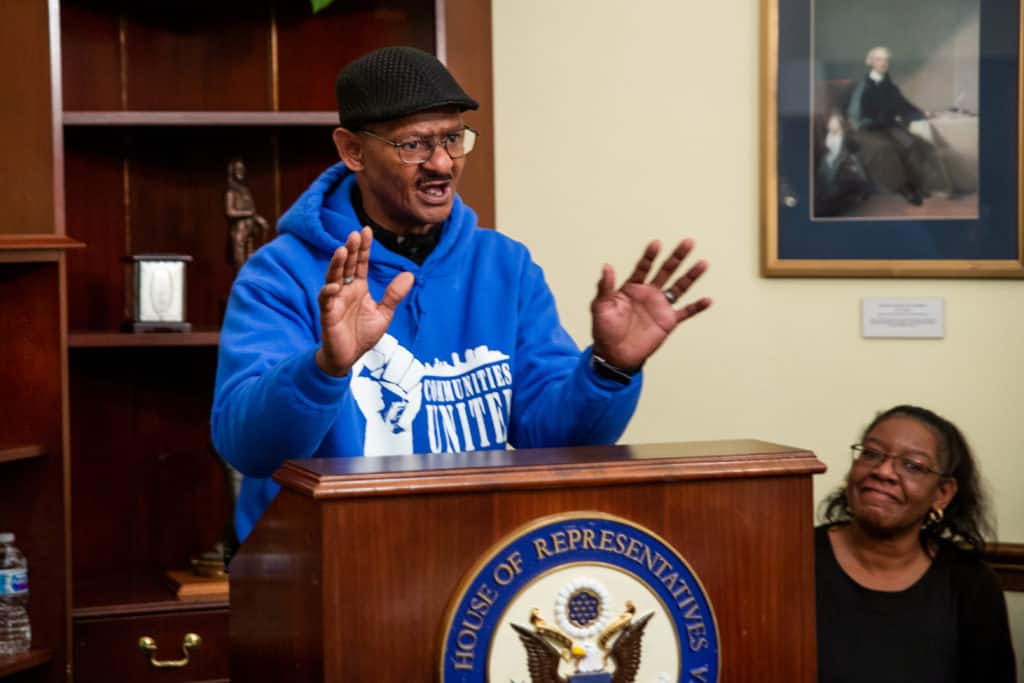 Perry Hopkins, a Baltimore resident from Maryland Communities United who worked closely with former Congressman Elijah Cummings, lead sponsor of the Comprehensive Addiction Resources Emergency (CARE) Act of 2019, shared that if he hadn’t had access to Naloxone, an emergency intervention which can reverse the effects of an overdose, he would not have survived to tell his story firsthand. It took three doses of Naloxone to revive Hopkins to get him into an ambulance that saved his life. 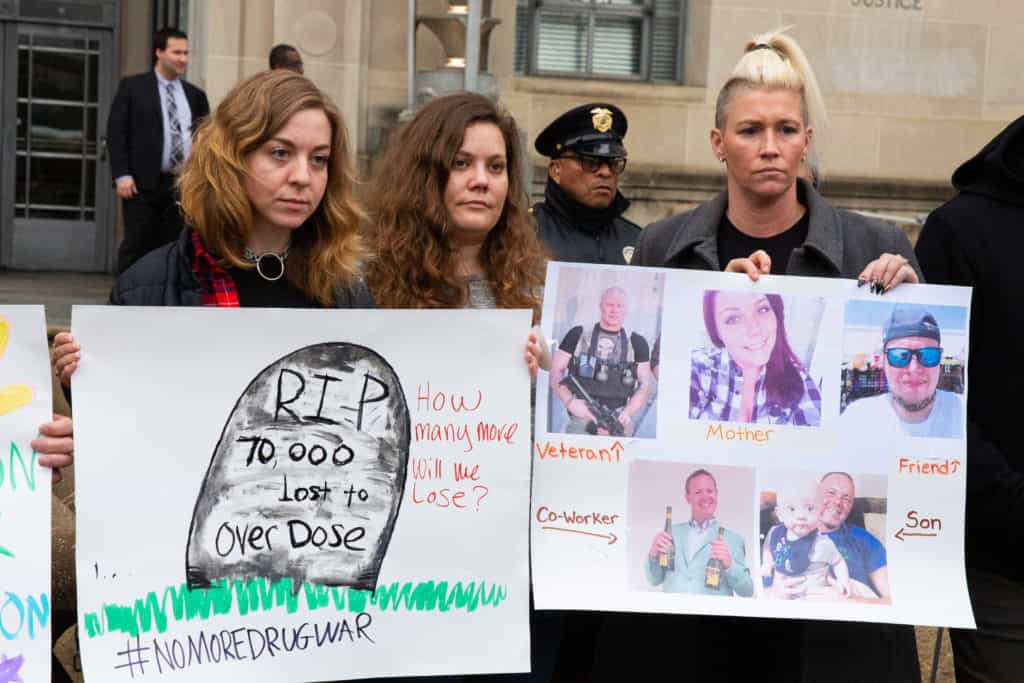 As we now enter the second session of the 116th Congress, People’s Action and the People’s Action Institute call on our representatives in both the House and Senate to advance critical pieces of legislation that will move us a step forward in responding effectively in a compassionate way to end the opioid epidemic. Along with our partners and allies, we are unified in our strong support for the Comprehensive Addiction Resources Emergency (CARE) Act (H.R. 2569/S. 1365) and the Mainstreaming Addiction Treatment (MAT) Act (H.R. 2482/S. 2074), and adamantly oppose the Stopping Overdose of Fentanyl Analogues (SOFA) Act (H.R. 2935/S. 1622). 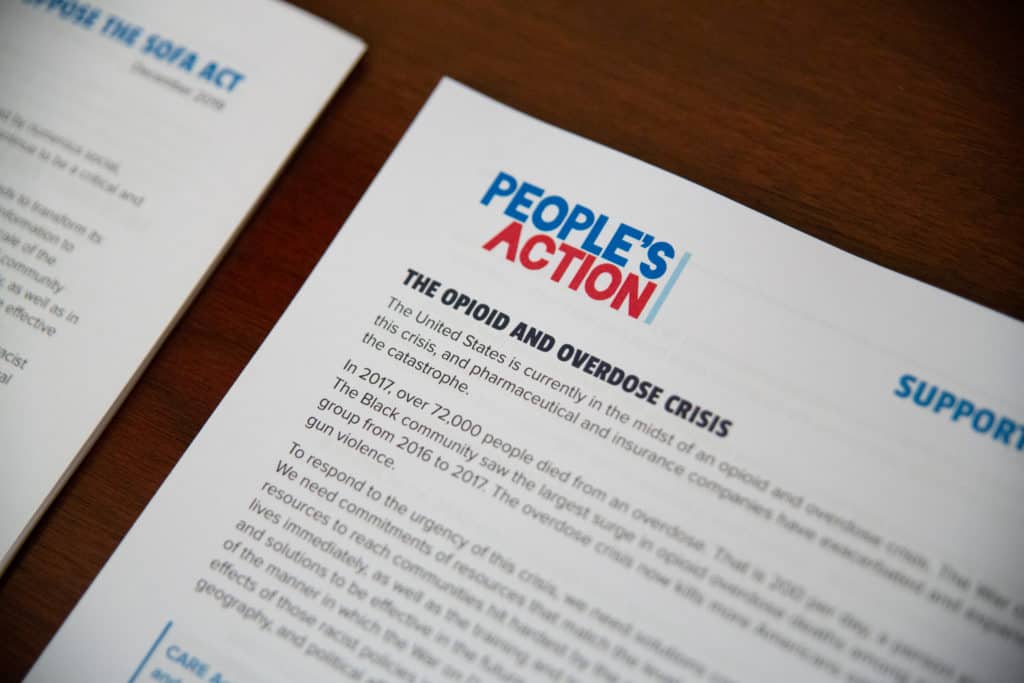 The opioid crisis has claimed so many lives, and is dismantling the very fabric of our communities. What we need now is solutions, treatment and public education. As a progressive multiracial, working class network of more than a million people, we demand that Congress transform our country’s response to this crisis from the failed approach of stigmatizing and criminalizing drug users into a compassionate approach that places public health and harm reduction solutions, treatment and care at the forefront. The evidence is in, we know how to do it, so let’s work together – elected officials, practitioners and grassroots leaders - to save lives and make it so.