The Numbers We Need To End Our Overdose Crisis 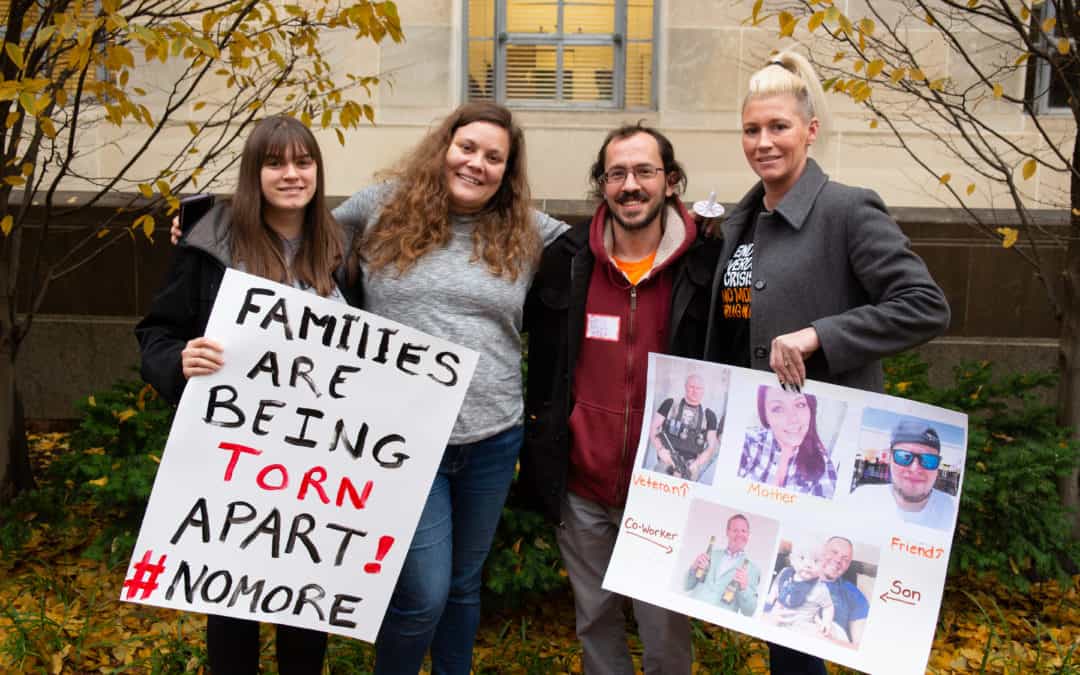 Governor Murphy just told us fewer New Jerseyans died last year from preventable overdoses than the year before. That’s good news. But we agree with Governor Murphy that 3,021 lives lost is not a number to celebrate. Because each of these lives was a mother, a father, a daughter or a son.

We can, and must, do more to save lives in our state.

We share the Governor’s belief that a “targeted, evidence-based and data-driven, whole-of-government” approach to the overdose crisis is the best one. But the treatments that have been proven to save lives are still out of reach for the majority of those who need them in New Jersey.

Experts agree that Medically Assisted Treatments (MAT) ease addiction - like buprenorphine, also known as suboxone, and methadone - an save lives. Yet they also know that New Jersey has a problem connecting people to this gold standard of care: only a handful of those who need MAT in New Jersey have access to it. 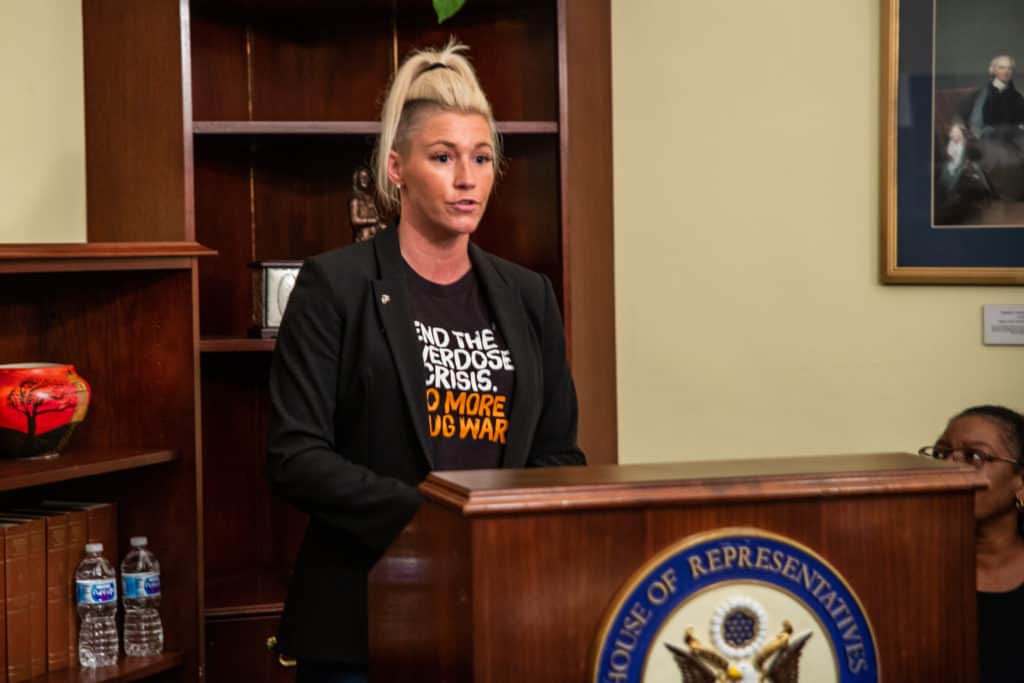 “I became addicted to opioids after a car accident when I was prescribed Oxycodone for pain. Nobody told me the risks,” says Heather Shapter, a leader with the New Jersey Resource Project. “Recovery wasn’t easy. I had to drive nearly 2.5 hours, roundtrip, to the only place I could find to get suboxone - a plastic surgeon's office.  And even though the suboxone itself was covered by Medicaid, I still had to shell out nearly $400 for each visit where I was prescribed suboxone. I wouldn’t have had the ability to afford it if it weren’t for the support of my family, and I know most drug users don’t have that.”

“The system is failing people most impacted by the overdose crisis and the cost is more overdose deaths and higher relapse rates,” says Cheyenne Springer, a recovery coach and member of NJRP. “It is disturbing to see how many people are denied access to quality care and evidence-based treatment - especially people on Medicaid and without insurance. It’s sad to say, but most of the time when access finally does open up the person seeking treatment is often no longer ready for help, or they have passed away from a preventable overdose.”

While New Jersey’s overdose deaths decreased in 2019 by 3%, in line with national averages, we lag behind states who lead on this issue.  For example, Pennsylvania saw an 18% decrease in overdose deaths last year, and Vermont boasts the shortest wait times to receive access to care in the country.   In 2018, New Jersey reported 3,118 overdose deaths, while preliminary data shows that in 2019, 3,021 New Jerseyans lost their lives to a preventable overdose.  Looking at the 2019 overdose numbers by county and population, the New Jersey Resource Project demonstrated that the overdose crisis is impacting South Jersey as a whole, and Essex County, the hardest. 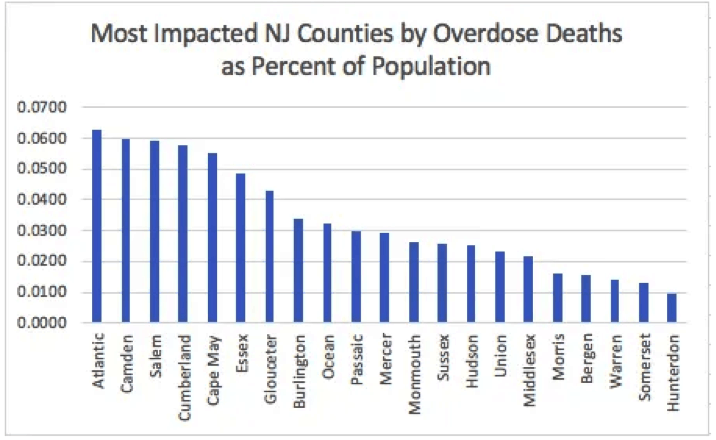 The latest data available on access to treatment and type of insurance on the New Jersey Department of Health Website is from 2017.  What the 2017 data shows is that 60% percent of New Jerseyans admitted for treatment had Medicaid, 2% had Medicare, and 29% were uninsured.  The 2017 data also shows only 6% of those people receiving treatment got suboxone and 15% had access to methadone. While In April of 2019, New Jersey improved access to MAT by eliminating the need for those on Medicaid to get approval from a doctor in their health insurance company before starting treatment,  the impact of this change is not yet clear.

Experts agree more funding is needed.  New Jersey has two ways to do that immediately - by suiting or taxing the corporations who helped create the crisis.  In May of 2019 AG Grewal joined nearly 3,000 US jurisdictions in the US and filed a lawsuit against the Sackler family and Purdue Pharma, claiming that they became “unimaginably rich” by deceptively marketing Oxycontin as rarely addictive, bribing doctors to prescribe the drug and contributing to the overdose crisis we face today. New Jersey is among states holding out for an acceptable settlement.

“These big pharmaceutical companies intentionally lied - that has led to death and suffering in our communities,” says Shapter.  “We deserve restitution for the damage caused and we need to see funds from these companies - both through lawsuits and taxes - directed to transforming people’s lives.“

Currently, states are using these settlement funds very differently. Some are dedicating millions to more addiction research, while others are using funds to pay off their legal fees from the lawsuits.  Few are putting these funds directly towards expanding the interventions like Medically Assisted Treatment.

“It’s critical that New Jersey puts any settlement funds won through these lawsuits towards expanding access to evidence-based interventions like Medically Assisted Treatment for people struggling with addiction on Medicaid and without insurance,” says Eva Mancini, a South Jersey leader with NJRP, whose family has been directly affected by the crisis.

Last year, New Jersey lawmakers expressed concern about an opioid tax proposal for several reasons, including that funds raised would go to the general fund and there weren’t accountability mechanisms to ensure funds directly assisted with the opioid crisis.

We appreciate Governor Murphy’s call to establish an Office of Health Care Affordability and Transparency. New Jersey communities impacted by addiction are also calling for increased transparency and accountability about how the state is addressing the opioid crisis – specifically, by tracking access to evidence-based public health interventions that prioritize saving lives and reducing harm and increasing funding, so any New Jerseyan anywhere has access to evidence-based interventions.

The numbers we need to see are huge increases in the number of people who have access to MAT and other life-saving services.” says Springer.

In 2020, The New Jersey Resource Project will launch a statewide tour of those communities most impacted by our opioid crisis to educate and inform community members and leaders on how to get to the numbers we truly need to save lives.