To Win On Immigration, We Have To Lead With Love 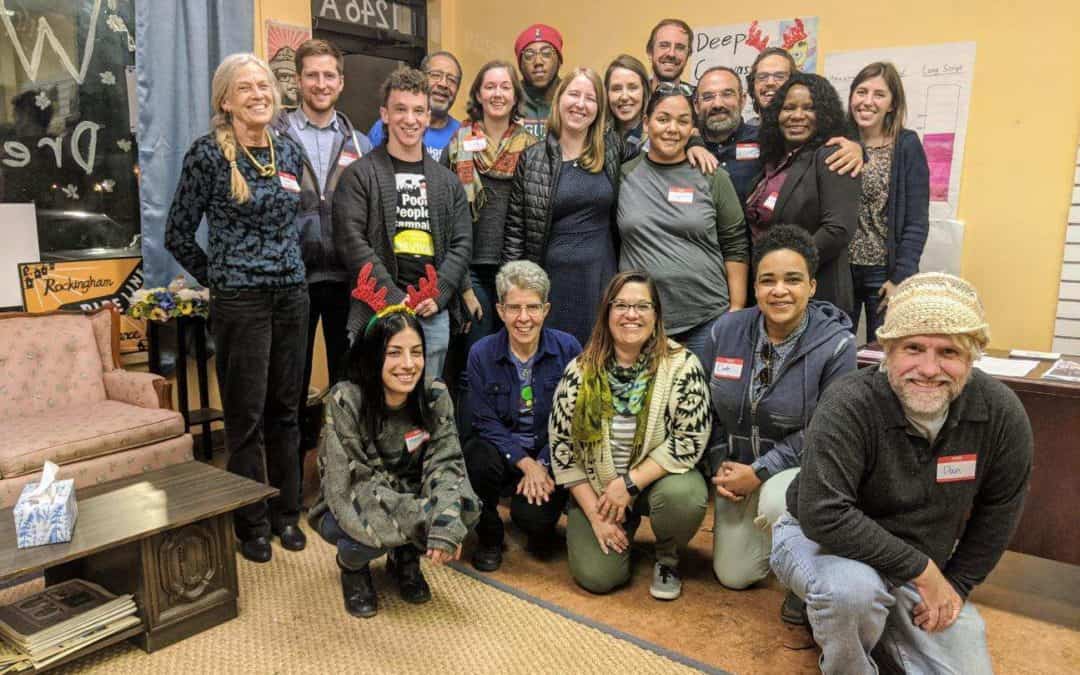 The fear of change is a wedge being used to divide Americans, and weaken our pluralistic democracy. That’s the key conclusion Suzette Brooks Masters, a longtime advocate for immigrant justice, reaches in her new study, Change Is Hard. In this work she explains the origins of this division, and how we can emerge from this difficult period of adjustment as a nation grounded in honesty, respect and empathy.

I started my career as an environmental and corporate lawyer, but the immigration and welfare laws passed in President Clinton’s first term were a wake-up call to me. One provision that really angered me was the stripping of benefits that legal immigrants could receive. Seeing a group arbitrarily singled out in that way struck a nerve. Maybe that’s because my mother is an immigrant and I’m Jewish.

Soon after, I left the law and started working on immigration issues. I did research, worked with a range of NGOs, ran the immigration portfolio at a foundation, and then started advising donors on how to support immigrant justice work. After Trump was elected, I was obsessed with answering some fundamental questions: “How could this have happened? What did we miss? And what should we do differently?” I’ve spent the last two years trying to figure that out. My report is my attempt to lay out some key diagnoses and lessons learned.

I realized that while many factors contributed to Trump’s election, one big thing the immigrant justice community wasn’t paying attention to was cultural fear: the fear of losing one’s identity and sense of place in a much more diverse America completely transformed by immigration.

The truth is, 50+ years of uninterrupted high levels of immigration following the 1965 legislation that eliminated racial quotas had transformed the racial and ethnic makeup of the country. We’re up to 14 percent foreign-born, which is near a historic high. And immigration has touched every corner of this country, not just the large immigrant gateway cities like New York, Los Angeles and Chicago. Many of those places touched by immigration were really homogeneous and hadn’t experienced demographic change ever or in a long while. This was a big, and emotional, adjustment. 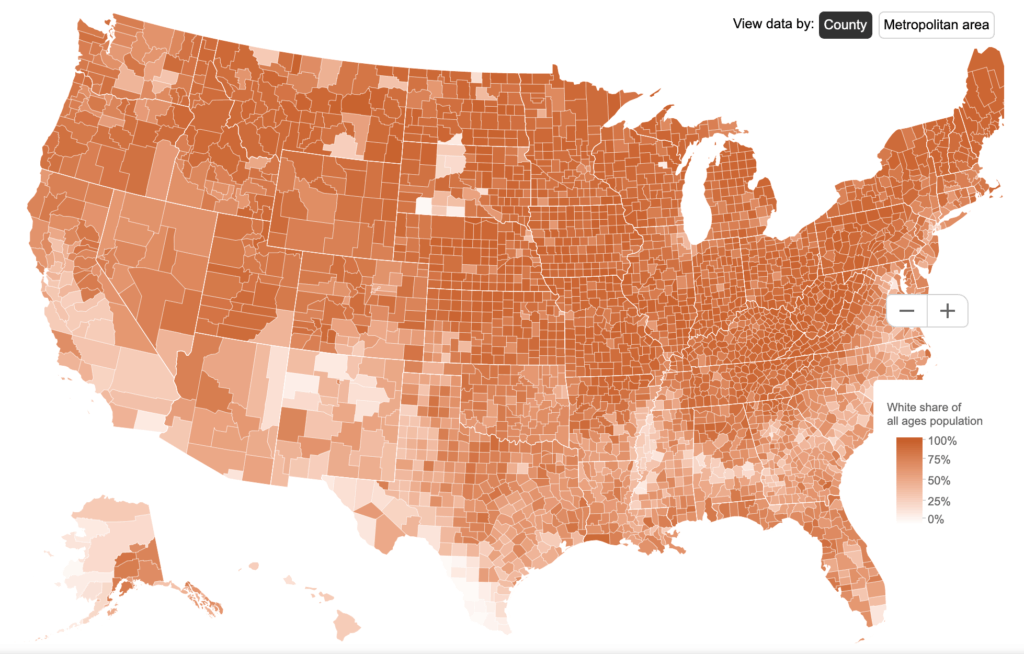 In the wake of a massive, disruptive change like this, did we not expect a reaction? The last time we shut the door to immigration, in 1924, was after a similar sustained period of immigration.

We’ve had cycles of nativism in the U.S. before. Then as now, populist leaders used immigration, fear of the other and fear of demographic change and growing diversity to shake things up in a really negative way and pit people against each other, for their own benefit.

Using immigration as a wedge and a weapon, they prey on people who are uncomfortable and anxious about the many changes taking place in our society to radicalize them. Immigrants are caught in the crosshairs, demonized and dehumanized. And our democracy is tested and weakened.

The problem is that progressive leaders haven’t been fighting these polarizing messages by speaking to people’s anxieties, by saying, “Hey, our context is changing, we need to figure this out.”

That’s why we need progressives in every walk of life to step up, because no one is there with a counterpunch to the nativists to say, “We get that it’s hard. It’s hard for immigrants to make their way in this country, and it’s hard for you to see your neighborhoods change. But you know what? We’ve got your back, we’re going to figure out ways to help you, and also make sure immigrants succeed.”

Nobody talks about the issues that way. They talk about immigration policy, which mostly ends up being coded language that triggers the right or the left, but doesn’t speak to most Americans who are at neither ideological pole. We default to an “us versus them” dichotomy, when we should be talking about communities and how we can make them work for everyone.

That’s what I really love about People’s Action. You are not writing off people who might have voted for Trump, people in rural communities, or white Evangelicals. You’re saying, “These are people, they live in America, they deserve a future too. We want to create a society where everyone feels like they have a shot. And we’re going to treat these people as people. We’re going to hear what they have to say, and we’re going to try to persuade them by hearing their stories and telling ours and uncovering what we have in common. But we’re not going to go in calling them racists and writing them off.”

People’s Action’s strategy encapsulates so much of what needs to be done, based on what my research reveals - we need to bring people in rather than calling them out. You do this by working in places hit hard by change, like rural America and the Heartland; by leading with love, with hope and with humanity; by listening deeply and treating people with respect, even people you disagree with; and by advancing a radically inclusive vision for what America can look like - an America for everyone.

A lot of us weren’t prepared to engage with the forces that fueled Trump’s rise. But we need to be ready to answer it. Because white nationalists, and the nativist politicians who use fear to mobilize voters and shape public opinion were ready - they have been fighting this battle for years. They’re more than willing to recruiti followers among folks who feel unheard and scared. And if we don’t reach out to these people, they will.

It’s going to take every one of us to meet this challenge, and we can only do it together. We are literally fighting for the survival of pluralism and democracy in our nation.

Suzette Brooks Masters is a thought leader and strategist in the field of immigrant integration and social cohesion. She advises foundations, nonprofit organizations, policy makers and corporations on how to respond to the significant demographic shifts that have transformed America after decades of immigration. Her most recent research, Change Is Hard, was supported by the J.M. Kaplan Fund and Welcoming America.