Trump's EPA Is Selling Out Safety 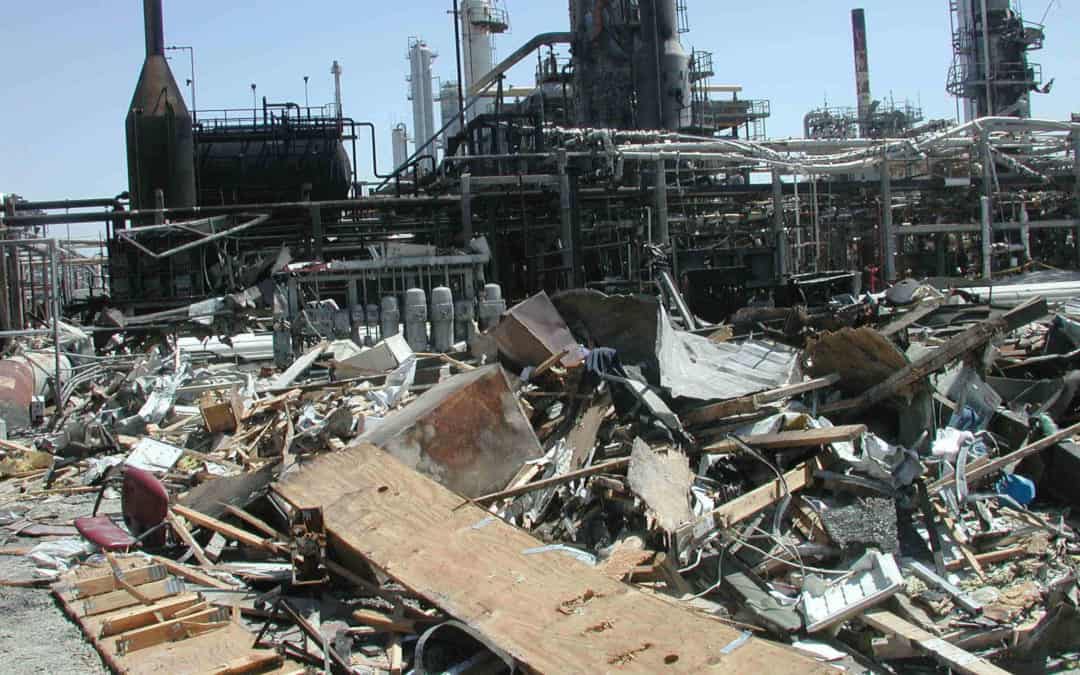 The March 2005 fire and explosions at BP’s Texas City, Texas, oil refinery killed 15 contractors and injured 180 other workers in ways that will haunt them forever.

Some lost limbs. Others suffered horrific burns, head injuries or wounds that left them infertile. Still others live with the memory of injured co-workers screaming in agony or dying under heaps of rubble.

Since then, dozens of other incidents have killed workers and endangered residents near petrochemical plants. But tragedies like these don’t have to happen.

In January 2017, the EPA issued the Chemical Disaster Rule, which provided sweeping new safeguards for workers, first responders and communities where dangerous plants are located. It would have forced operators to address unsafe practices and keep their equipment up to date.

However, Donald Trump became president before the new requirements took effect. Corporations that own chemical and petrochemical plants complained about the requirements, and shortly after Trump took office, his business-friendly EPA abruptly decided to sit on them.

Now, after delaying implementation of the Chemical Disaster Rule for two years, Trump’s EPA just killed most of it.

And instead of standing up for workers, the EPA capitulated to the industry it’s supposed to regulate. It sold out safety. It put corporations over workers.

The United Steelworkers (USW) union—which represents the majority of organized workers in the U.S. petrochemical industry, including about 1,000 at Texas City—provided expertise to the EPA during development of the Chemical Disaster Rule.

Among many other improvements, the rule would have required comprehensive investigations into the immediate and underlying causes of disasters and so-called near misses. That would have been a huge advance over the current practice, in which companies can choose to investigate only the immediate factors and skip over other issues that also weigh heavily on safety.

A comprehensive study of the Texas City disaster—in which liquid escaped from a tower, then ignited and exploded—identified equipment failure as the immediate cause. But the investigation cited worker fatigue, inadequate training and a broken safety culture as contributing factors potentially affecting the whole industry.

The Texas City tragedy was horrific. The explosions leveled dozens of trailers used as temporary offices on the site. Many of those killed and injured were buried under heaps of debris. In addition, 43,000 residents in surrounding communities had to take shelter while the disaster was contained.

The in-depth study of that disaster provided lessons for other refineries, and the Chemical Disaster Rule would have made this deep-dive approach to disaster investigations the standard.

In addition, the rule would have required that companies hire outside experts after a disaster to audit their compliance with incident prevention and response regulations. This would have provided a much-needed objective review of company practices.

The rule also would have required chemical companies and other manufacturers to determine whether they could improve safety by using different materials, technology or production processes. That could mean using smaller amounts of hazardous substances or replacing one substance with another that’s less dangerous. Or it could mean switching to a type of steel piping more resistant to corrosion.

If Chevron and Tesoro had conducted the kind of review outlined in the rule, they could have made equipment upgrades and averted disasters at their facilities.

A heat exchanger at Tesoro’s Anacortes, Wash., refinery failed in April 2010, causing a fire and explosion that killed a supervisor and six workers represented by the USW. In August 2012, a section of pipe failed at Chevron’s Richmond, Calif., facility, resulting in a vapor release and toxic smoke plume that endangered 19 USW members working at the refinery and sickened 15,000 residents in neighboring communities. In both cases, the U.S. Chemical Safety Board cited the need for tougher steel in the companies’ deteriorated equipment.

A chemical-related industrial incident occurs every two and a half days. Despite the risks posed by these plants, people who live near them are often ill-prepared for these emergencies.

The Chemical Disaster Rule would have required the operators to provide chemical hazard and accident history information to the public, so schools, day care centers, hospitals and nursing homes near the plants had the resources they needed to develop their own emergency response plans.

Now, the Trump administration is denying them that sense of security. That puts residents at greater risk of injury and death.

Despite the deaths and suffering refinery catastrophes have caused, chemical and petrochemical companies fought the Chemical Disaster Rule. They balked at spending an extra buck on safety, on letting outside experts lead accident reviews and at sharing information about their operations.

And they found an ally in Trump’s EPA, which put the rule on hold despite the daily risks to workers and communities.

In June, for example, a severely corroded piece of pipe at Philadelphia Energy Solutions led to a fire, explosions and the release of thousands of pounds of dangerous hydrofluoric acid. Five people were injured; fortunately, no one was killed.

Last year, the USW and community groups successfully sued the EPA in federal court to end the implementation delay. A coalition of 11 states also sued. But now, the EPA has decided to kill most of the rule altogether.

But the fight isn’t over. The USW, in partnership with state governments and community and environmental groups, plans to go back to court to save the rule. The USW and its allies will take this action to protect workers and communities.

Otherwise, instead of improving safety, the industry will keep taking the same risks. More workers will die in chemical disasters, and communities will be at greater risk.