Is Pete Buttigieg A Shill For The Donor Class? 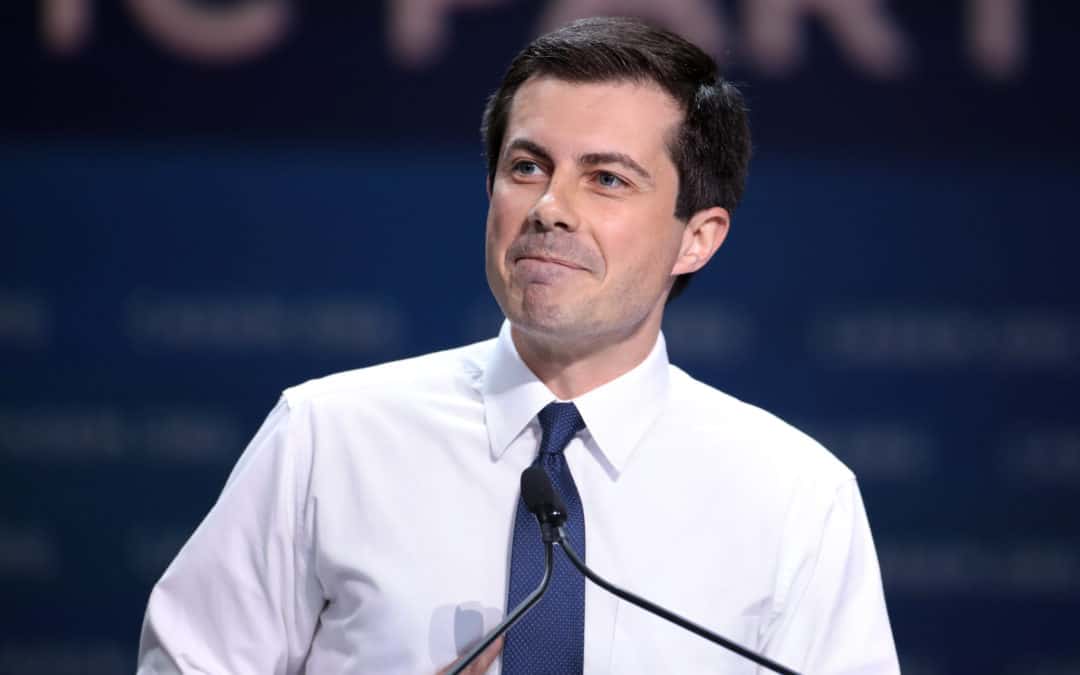 Pete Buttigieg, the 37-year-old Maltese-American mayor of South Bend, the fourth-largest town in Indiana, is the shiny new object in the race to become the Democrats' candidate for president in 2020. Coming from almost nowhere, he’s finished first in several recent Iowa polls.

Superficially, there’s a lot that’s appealing about Mayor Pete: He’s articulate, quick on his feet, can speak in full paragraphs - sometimes in Norwegian - and projects a sense of optimism. But when you scratch below the service, it's hard to find Buttigieg's core convictions, and he now appears to have put himself up for sale to corporate interests.

As a virtual unknown, Buttigieg started his campaign backing progressive policies. In February, he called the Green New Deal “the right beginning.” He called for structural reforms, like adding Justices to the Supreme Court and abolishing the Electoral College. He said he was “all for” a single payer health care system and tweeted, “I, Pete Buttigieg, politician, do henceforth and forthwith declare, most affirmatively and indubitably, unto the ages, that I do favor Medicare for All.”

Buttigieg’s “Medicare for All Who Want It” is a slick campaign slogan, but bad policy as a long-term solution. Rep. Ro Khanna (D. CA.) said Buttigieg’s plan “won't bring the administrative costs down of private insurers or maximize negotiation with Big Pharma and hospitals…This means higher premiums, higher drug costs, higher deductibles, and more denied claims for the middle class.” The New Republic called Buttigieg’s health care plan “the worst yet,” saying it’s “deeply stupid. It betrays a terminal case of Democrat Brain; it is a faux-technocratic fantasia soaked in the utterly meaningless jargon of Access and Affordability that won’t even accomplish the things it pretends to want. It is an insult.” And Buttigieg has taken to attacking other Democrats for being too generous in their proposals to make higher education free.

Buttigieg and the Donor Class

Why has Buttigieg flipped from being a putative progressive to being perhaps the most conservative, pro-corporate Democrat remaining in the field? A good place to start would be to follow the money.

Buttigieg has become one of the biggest recipients of contributions from the health care, financial services, and big tech industries. Under the proposals advanced by Senators Elizabeth Warren and Bernie Sanders, Buttigieg’s big money donors are the ones who would have to pay higher taxes to support things like free college tuition and universal health care. In Buttigieg, they’ve found a candidate to speak up for their interests.

Buttigieg is the second-largest recipient of contributions from the health care industry, after only Donald Trump. Buttigieg donors include the chief corporate affairs officer at Pfizer, the president of Astex Pharmaceuticals, a state lobbyist for Biogen, a vice president of public policy at Novartis, and the deputy vice president at the nation’s largest pharmaceutical trade association, PhRMA, plus lawyer for AbbVie, Johnson & Johnson, and Merck.

Moreover, according to Bloomberg News, Mark Zuckerberg and his wife, Priscilla Chan, privately contacted Buttigieg to recommend campaign staff. Two of their “suggestions” were hired.

With Facebook, Google, and other high-tech oligopolies facing increasing public criticism, how likely will Buttigieg be to bring them under control, or even, as Elizabeth Warren has suggested, use anti-trust laws to break them up?

And the hits just keep on coming. Buttigieg has become a favorite of Wall Street donors. For example, Tony James, the executive vice chairman of Blackstone, the world’s largest private-equity firm, hosted a fundraiser for Buttigieg. James was a top contender for Treasury Secretary if Hillary Clinton got elected, and his fundraising for Buttigieg may be a new play for a top cabinet position, from which he could protect his Wall Street cronies from significant tax increases.

Buttigieg should be quite comfortable in the company of financial elites. As In These Times journalist Nathan Robinson points out, after graduating from Oxford and Harvard, Buttigieg could have found almost any job he wanted. He chose McKinsey & Company, which Robinson describes as a “cult-like management consulting firm.” McKinsey, Robinson continues, “may be the single greatest legitimizer of mass layoffs. Its advice: Identify your bottom 10 percent or 25 percent or 33 percent, and get rid of them as soon as possible.”

McKinsey has also advised dictatorships like Saudi Arabia and consulted with Purdue Pharma LP, which just went bankrupt because of lawsuits over its role in the opioid crisis. As a former McKinsey consultant writes anonymously in Current Affairs, describing the firm as "capital's willing executioners:"

I came into my job as a McKinsey consultant hoping to change the world from the inside, believing that the best way to make progress is through influencing those who control the levers of power. Instead of being a force for good, I found myself party to the most damaging forces affecting the world: the resurgence of authoritarianism and the continued creep of markets into all parts of life.... McKinsey serves 90 of the top 100 corporations worldwide. It has acted as a catalyst and accelerant to every trend in the world economy: firm consolidation, the rise of advertising, runaway executive compensation, globalization, automation, and corporate restructuring and strategy.

We can only guess as to whether Mayor Pete has also had a change of heart about his time with McKinsey, as this former consultant did. But while Buttigieg no longer puts McKinsey at the top of his resumé, as he did during his run for mayor of South Bend, he calls his stint at the management consulting firm his most “intellectually informing experience.”

American politics are a money pit, so we should not be surprised that powerful corporations and CEOs like Zuckerberg are constantly seeking ways to maximize their influence. But why have they now singled out Buttigieg, who only recently espoused bold reforms, to be the top spokesman for the donor class in the Democratic primary? It's because as things stand today, Mayor Pete is the candidate most likely to ensure that no reforms seriously threaten the interests of these oligarchs.

I will do everything I can to encourage the Democrats to nominate a candidate who can not only defeat Trump, but address the structural problems that led to his rise. But because Trump and those who now seek his mantle, like Mike Pence and Mike Pompeo, pose an existential threat to the future of the nation and the world, I will do everything I can to defeat Trump and encourage others to do the same - even if the Democratic nominee is ultimately a corporate centrist like Buttigieg or Biden.