Inequality And The Iron Law of Decaying Public Services 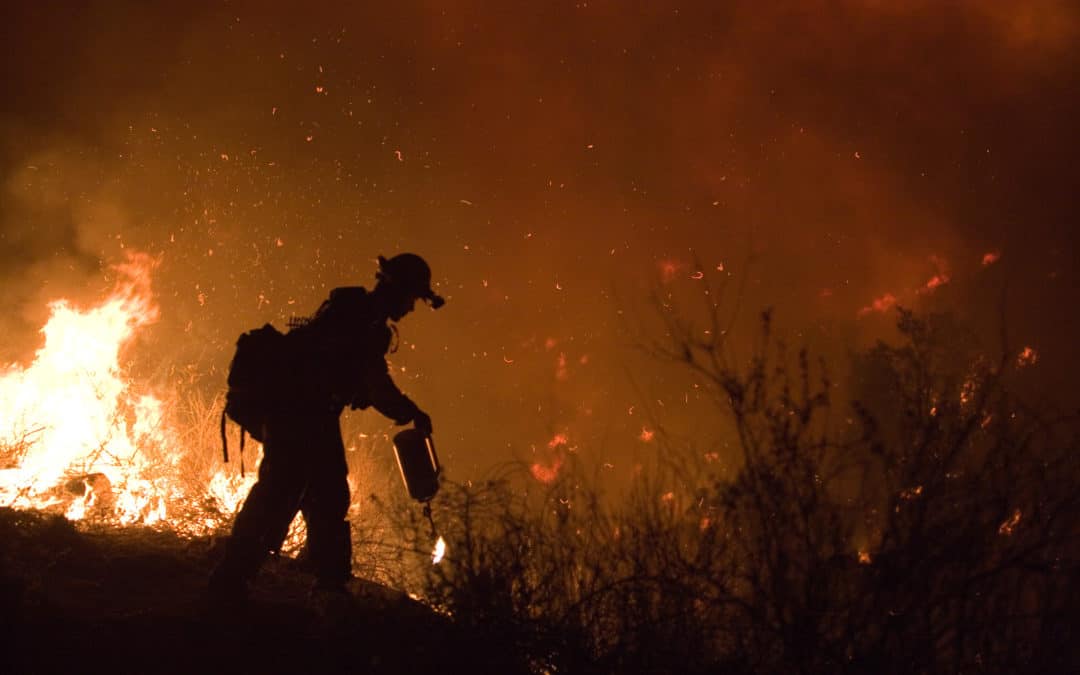 Fires are raging everywhere in California these days, and firefighters are having enormous trouble keeping up. Chronically understaffed local fire departments simply don’t have the resources to handle act one of what climate change has in store for us.

California’s wealthy aren’t particularly worrying about that lack of resources — because they have more than enough of their own. They can afford to shell out up to $25,000 per day for one of the private firefighting services that are popping up in California wherever the rich call home.

In a deeply unequal America, none of this should surprise us. Public services almost always take it on the chin in societies where wealth starts furiously concentrating. Why should inequality have this impact? A little incendiary parable — on tennis — might help us understand.

Imagine yourself in a comfortable suburban county. Every corner of the county has a pleasant public park, and most every park sports a tennis court or two. All comers can volley away on these free public courts, and every once in a while, on especially beautiful Saturday mornings, the courts can get a bit crowded. Players may even have to wait for court time.

Installing a private court, of course, can run many thousands of dollars. In our imaginary suburban county, only a handful of local families — maybe one family in a thousand — have the sort of wealth necessary to afford a private court. Local contractors understand this market reality. Few of them bother offering private tennis court-making services. Private courts remain costly and rare.

But what if wealth in our tennis-loving county suddenly starts to concentrate? What if ten families in a thousand could suddenly afford to think about installing a home tennis court? At this point, contractors might start to take notice. More of them might start hawking court-construction services. Prices for private tennis courts would soon start sinking. A wider circle of affluent households would now be able to afford them.

Those affluent who choose to take the private plunge would, naturally enough, no longer frequent the county’s public courts. They would do all their volleying at home and invite their friends to join them. Eventually, noticeably fewer people are frequenting the public courts.

Back in the public parks, ever fewer people are now playing tennis. Parks officials start ignoring downed nets. Why bother keeping nets up, after all, when hardly anyone is knocking balls over them anymore? The public courts soon start going to seed. They become eyesores.

The commons in our imaginary county — the public space with access and services for all — has, in effect, been downsized.

Where wealth concentrates, our commons will always downsize. At some point, in every community becoming more unequal, affluent people will come to feel they’ll be better off going life alone, on their own nickel — better off installing their own private courts, better off sending their kids to private schools, better off living in a privately guarded gated development.

The greater the numbers of affluent who forsake the commons, the greater the danger the commons will face. The affluent, in more equal communities, may grumble about paying taxes for public services they do not use. But grumbling will usually remain all they can do. In communities where wealth is concentrating, by contrast, the affluent have the clout and the numbers to go beyond grumbling. They mobilize politically to slash budgets and roll taxes back. And they succeed, because fewer people, in an unequal community, have a stake in the public services that taxes support.

With every such “success,” with every budget cutback, with every resulting deterioration in public services, the constituencies for maintaining quality public services shrink. Those who can afford to make the shift to private services, to reserve time in private tennis bubbles, do so.

This dynamic unfolds so predictably whenever wealth concentrates that one economist, the University of Chicago’s Sam Peltzman, has even formulated a “law” to account for it. Growing income equality, holds Peltzman’s Law, “stimulates growth of government.” Growing inequality has the exact opposite effect. In societies becoming more unequal, taxpayers are less likely to support spending that enhances a society’s stock of public goods and services.

“If wealth and income are unequally distributed, the ‘winners,’ so to speak, will want to maintain their advantage,” explain historians Carolyn Webber and Aaron Wildavsky. But “if substantial equality already exists, then citizens will want still more of it.”

Over recent decades, government spending in the United States has followed Peltzman’s Law as assuredly as if Congress had enacted it. Spending for public goods and services increased in times of growing equality, in the 1950s and 1960s, and fell significantly in the 1980s and 1990s, when gaps in income and wealth started rapidly growing wider.

In the late 1990s, notes the American Prospect’s Harold Meyerson, three-quarters of the teachers hired by the Los Angeles school district, “lacked teaching credentials.” Freeways in the area remained “among the most clogged in the country.”

Americans, by century’s end, could see the same sort of disinvestment in public goods and services throughout the United States, and this disinvestment has continued. Unfortunately and dangerously, so has climate change, another product of our deeply unequal nation and world. The predictable end result: Middle-class homes burn while private fire services save the mansions of the awesomely affluent.