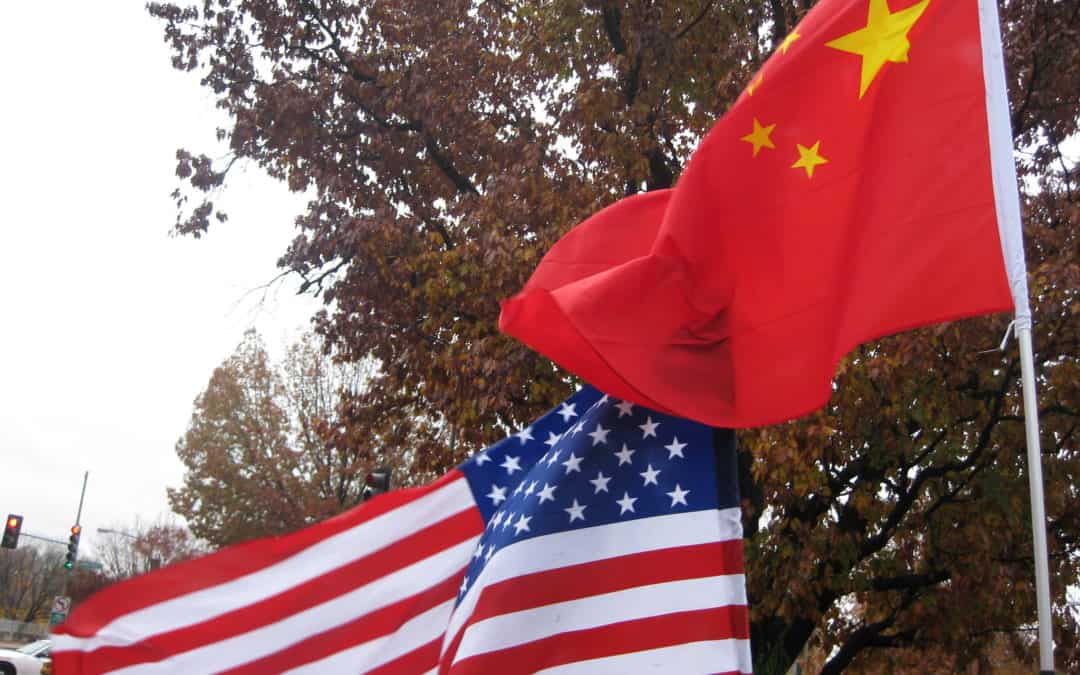 New York Assemblyman Angelo Santabarbara wants a guarantee that flags flown at New York events and on New York poles are made in America. He has introduced legislation in New York State to require that after learning millions of flags are imported annually.

Good for him. Because nothing symbolizes the weakened state of American manufacturing as much as a foreign-made U.S. flag.

America’s manufacturing sector has been decimated. NAFTA and China’s unfair trade practices are major culprits. That’s a sorry state of affairs for a superpower.

NAFTA did exactly what the United Steelworkers (USW) and other unions predicted it would 25 years ago. It encouraged greedy American corporations to move U.S. manufacturing and jobs to Mexico.

Those companies couldn’t wait to flee across the border. Manufacturing costs less in Mexico because environmental laws there are weak, wages are as low as $2 an hour, and there are few independent labor unions to fight for workers’ pay and safety.

So far, more than 1 million U.S. jobs have been lost to Mexico under NAFTA. That includes thousands of jobs at Carrier, Goodyear, Joerns Healthcare, Rexnord, Polar Tank and Whirlpool, where workers were represented by the USW. It also includes jobs in automaking, computer manufacturing, wood products and transportation equipment.

These corporations call themselves American, but they’ve abandoned American workers.

Job by job, the loss of manufacturing capacity crucial to the nation’s vitality and security also took a toll at the local level. NAFTA was a plague that turned manufacturing communities into hollow shells of their former selves. Stores closed. Local governments, short on tax revenue, struggled to pave roads and operate decent schools. Idle plants became rusting reminders of NAFTA’s failures.

As communities withered, Americans’ life expectancy declined and drug use, suicide, liver disease and income inequality rose. These things are hardly a coincidence.

The new NAFTA is a good place to start rebuilding the nation’s atrophied manufacturing muscle.

President Donald Trump campaigned against the original agreement, calling it one of the “worst legacies” of Bill Clinton’s presidency. But the replacement he negotiated—now before Congress—isn’t much better.

True, the tentative deal includes some provisions that appear to be improvements, such as requiring that 75 percent of vehicle components be made in North America. That would be up from the current 62.5 percent, but there are big questions as to whether the deal would stop automakers from meeting the new requirement simply by doing more work in Mexico.

The new agreement must stimulate American manufacturing and provide real safeguards against the outsourcing of jobs to be acceptable. It must promote the formation of real labor unions in Mexico and allow the United States to turn back at the border any goods that don’t meet tough new labor standards.

That’s a tall order. But for Americans to stand tall as they recite the Pledge of Allegiance, they need to know that their government is fighting for them. And good, family-supporting manufacturing jobs will continue to disappear until all U.S. trading partners play by the same rules. That includes Mexico and China.

Those Chinese-made flags that Assemblyman Santabarbara wants to ban in New York are just the tip of the iceberg. America’s goods and services trade deficit with China has grown to more than $400 billion a year. That’s resulted in the loss of 3.4 million U.S. jobs, the vast majority of them in manufacturing.

Over the past several decades, buying American took a backseat to buying bargain-basement. China can make goods cheaply because it controls wages and labor organizations even more tightly than Mexico does and because it violates international trade regulations by subsidizing its industries and hacking into U.S. corporations’ computer systems to steal trade secrets. Even as China conducted espionage against U.S. companies, it has tried to make inroads into industries—bus and railcar manufacturing, for example—that could provide opportunities for still more spying and compromise America’s national security.

In Florida, Miami-Dade County officials decided to bar Chinese firms from a monorail project. That was a smart move which other cities and states should follow. New York’s Metropolitan Transportation Authority just unveiled a five-year $51.5 billion capital plan that will include investing more than $40 billion in the city’s subway and bus systems. Infrastructure projects like these are funded with Americans’ money, which means they should be built with American materials and labor.

That $51.5 billion – whether it’s taxpayer dollars or rider fare money – could create thousands of jobs in America and support untold numbers of manufacturers – from pipe makers to seat manufacturers to aluminum smelters. To spend that money overseas is to burn that opportunity.

“Buy American” isn’t just a catchy slogan. It’s what every American should look for when purchasing an American flag. It’s a path back to the strength and prosperity that Americans of past generations struggled to achieve.