NAFTA Is An Accomplice To Murder 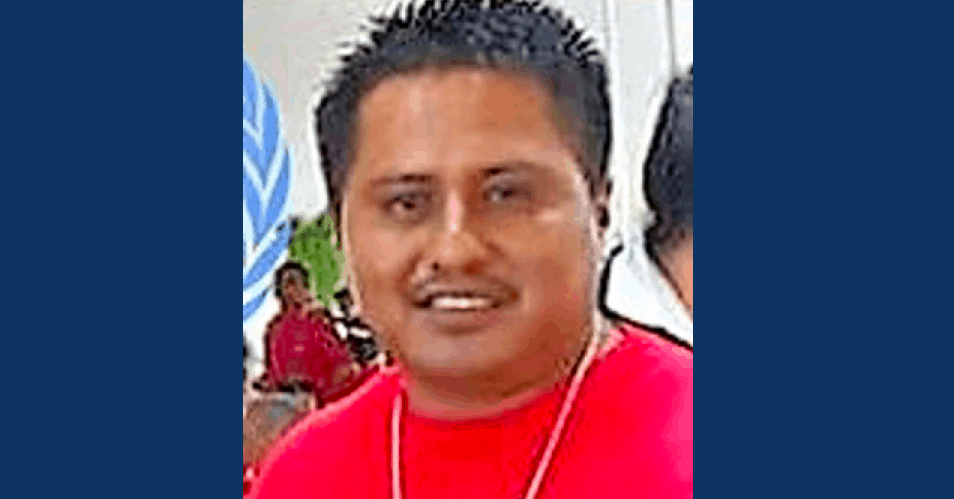 Oscar Hernández Romero’s friends searched for him in garbage dumps, ravines and all the other places that could hide what they feared to find—the bullet-riddled body of a Mexican labor activist.

But they’ve turned up no trace of Oscar, who disappeared near the open-pit gold mine in southwestern Mexico where workers went on strike two years ago demanding to join the independent labor union Los Mineros. Anti-union thugs murdered three other men involved in the organizing effort by workers at the Media Luna mine, and Oscar is feared dead, too.

NAFTA, which siphoned a million jobs from America and mired Mexican workers in poverty, is an accomplice to murder because it incentivized the killing of labor activists.

Corporations in Mexico exploit workers and pollute the environment to slash costs, which enables them to undercut U.S. and Canadian competitors. They aggressively thwart unions because their business model requires cheap labor. That puts targets on the backs of labor organizers who work to improve conditions in Mexican factories, mills and mines. And because Mexico too frequently fails to hold anyone accountable for violence against labor leaders, corporate thugs can target these workers with impunity.

If this situation is going to change, NAFTA must change. Strong labor standards and enforcement provisions must be written into the text of the proposed new NAFTA, including an ironclad right to organize and protection for activists, so Mexican workers can join real labor unions like Los Mineros, throw out company-controlled imposter unions like the one at Media Luna and get better wages and working conditions.

Without these safeguards in the new NAFTA, formally known as the United States-Mexico-Canada Agreement, Mexican labor activists will risk death. And corporations will continue to fire American and Canadian workers and move operations to Mexico.

Because freedom to organize was left out of the original NAFTA 25 years ago, corporations in Mexico routinely bring in employer-affiliated protection unions to help keep workers in line. These fake unions agree to low wage rates and miserable working conditions without bothering to consult the workers they’re supposed to represent.

That’s what Media Luna’s owner, Torex Gold Resources of Canada, did. In 2013, it struck a deal with CTM, the biggest of Mexico’s bogus unions, before hiring any workers.

Under that contract, starting wages today are less than $2 an hour. The top-paid workers make about $4 an hour.

On Nov. 3, 2017, Media Luna workers took a bold step. They went on strike demanding to be represented by Los Mineros, one of the few independent labor unions in Mexico and a longtime partner of the United Steelworkers (USW) union. The workers wanted a union that would fight for them, not Media Luna and its absentee owners. They wanted a union led by workers they elected, not Media Luna’s henchmen. They wanted to vote on a real contract.

They got bullets instead.

Days after the walkout began, thugs with ties to CTM gunned down two brothers, Víctor and Marcelino Sahuanitla Peña, at a roadblock the strikers had set up near the mine. The two were murdered for their union activism while early negotiations for the new NAFTA were taking place about 385 miles away in Mexico City.

Then, in January 2018, several men pulled another union activist, Quintin Salgado, from his car. They beat him, smashed his cell phone and threatened to kill him. A week later, men with 9-mm weapons shot him dead. Los Mineros suspended its organizing efforts at Media Luna, and most workers now have returned to the mine.

Oscar, an environmental activist and a leader in the Los Mineros organizing effort, vanished Sept. 24 after leaving home to go to a neighboring town. His car is missing, too.

Police haven’t bothered to look for Oscar, so his family, friends and fellow workers conducted their own search. Local thugs have warned them to call it off.

Los Mineros has filed a lawsuit on behalf of Oscar’s family members, who are now in hiding, demanding that the government investigate his disappearance. But violence against labor organizers is seldom investigated, much less prosecuted, and Mexico’s highly publicized new labor law hasn’t changed that.

The law was passed last spring in the hope that it would spur Democratic members of Congress to vote for the proposed new NAFTA despite Mexico’s abysmal record on worker rights.

It looks good on paper.

The law guarantees workers the right to vote on their contracts and elect their leaders. It requires unions to publicize upcoming contract votes and to give members details of proposed contracts before they cast ballots. It establishes courts to adjudicate labor disputes. And by increasing unionization rates, it is supposed to boost wages and improve working conditions.

But the new law has put no visible pressure on officials to find Oscar, solve his colleagues’ murders or prosecute violence against other labor activists. It hasn’t kicked CTM out of Media Luna. There’s been no “huge advancement” for workers so far, and López Obrador’s promise remains just that.

Mexico hasn’t sufficiently funded enforcement of the new law. And even if adequate funds are allocated, it will take years to develop genuine unions in Mexico, abolish the hundreds of protection unions that infest workplaces, train government officials to implement the labor reforms and fend off constitutional challenges to the new law.

NAFTA’s heavy reliance on the member countries’ existing labor laws failed to adequately protect workers or promote fair trade. Workers’ right to organize, protection for labor activists and the prohibition of protection unions must be explicitly included this time.

And enforcement of new rules is essential. That means independent inspection of plants and mills suspected of cheating and the right of a country to block a violator’s products at the border.

These changes will ease the oppression of Mexican workers. And once Mexican workers belong to genuine labor unions that fight against poverty wages and unsafe working conditions, U.S. corporations will lose an incentive to shift jobs south of the border. American and Mexican companies will begin competing on a somewhat more level playing field.

Workers in all three countries deserve to be fairly paid, to work in safe conditions and to join the unions they want. A new NAFTA that fails to hold Mexico responsible for the killing and disappearance of labor activists would be an agreement that cheapens the lives of American and Canadian workers, too.