Fighting Corruption Must Be Our Focus In 2020 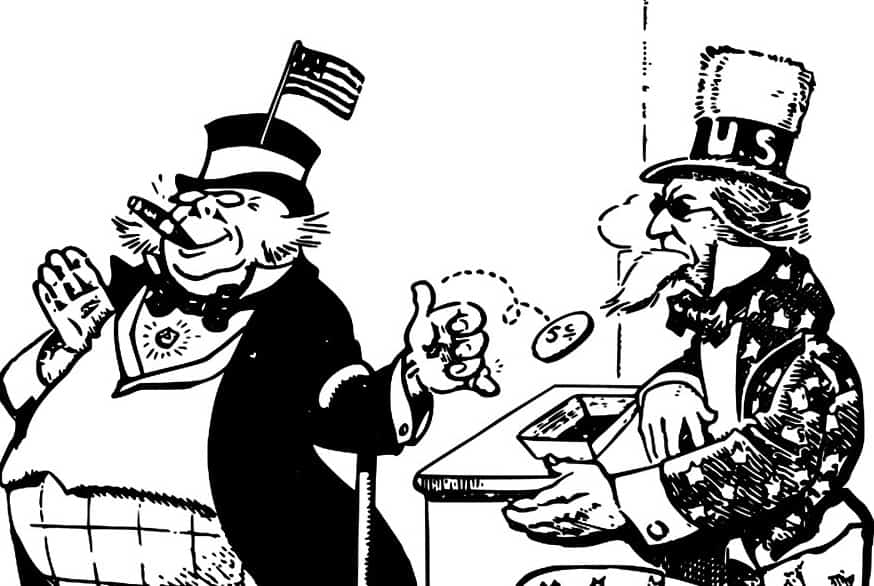 But many other Washington insiders, both Republicans and Democrats, engage in soft-core corruption, which, despite its “swampy” ethical implications, they take for granted as business as usual, even if voters think it smells.

Hillary Clinton received millions of dollars for speeches from Wall Street banks, multinational corporations and trade groups before she was crowned as the Democratic Presidential nominee for president in 2016. Many of these benefactors were actively involved in lobbying the Federal government.  This shows how tone-deaf Democratic Party insiders have been to voters’ revulsion of the swamp.

Washington's comfort with soft-core corruption may have been the reason Vice President Biden never publicly challenged his son’s decision to take $50,000 a month from a Ukrainian energy company at the same time as President Obama had tasked him with rooting out corruption in the Ukraine.

Let’s be absolutely clear: There’s no evidence whatsoever that Hunter Biden or Vice President Biden committed any crimes. But there’s something “swampy” about this kind of behavior.

And efforts to elevate Biden to the 2020 nomination on the big lie of his “electability” after revelations of Hunter Biden’s activities while his father was Vice President show Democratic insiders are still tone deaf, or bought off by their corporate donors.

The Alternatives To Biden

With so many qualified Democrats running for president, why should the party favor a candidate with even a whiff of scandal to his name, particularly when it relates to the Ukraine, a country central to the key impeachment charge now raised against the president?

Even if it’s clear to those who care about facts that Trump has engaged in massive multiple corruption scandals, while the charges of corruption against the Bidens, even if true, are small potatoes.

But why would Democrats want to spend even a minute during this Presidential campaign defending Biden against corruption charges, when there are plenty of other qualified Democratic candidates without this liability?

The right wing is already trying to grab the reins of this story, and create a false equivalency. As radio host Mark Levin put it to Ed Henry on Fox and Friends, “the question is whether Biden did something illegal. The President didn’t do anything illegal.”

Do Democrats really want to spend the 2020 campaign arguing whether Donald Trump or Joe Biden should be locked up?

That is the same mistake the Democratic Party made in 2016 when they bet the farm on Hillary as their candidate, despite the perceptions of soft-core corruption that surrounded her high-paid corporate speeches.

In 2020, this could spell disaster. The Democratic nominee must have the vision and credibility to put fighting corruption in Washington and Wall Street at the center of the campaign.

Neither this article, nor its author, endorses any of the current candidates. But Senator Elizabeth Warren has been a role model in putting an anti-corruption message front and center in her campaign.

Before 20,000 cheering supporters in New York City two weeks ago, a few blocks from where 146 sweatshop workers died in the 1911 Triangle Shirtwaist Factory fire - and before the current corruption scandal came to light - Warren called out President Trump as “corruption the flesh.”

“Corruption has put our planet at risk. Corruption has broken our economy, and Corruption is breaking our democracy,” Warren told the crowd. She then proposed the most comprehensive anti-corruption action plan since Watergate.

Let me be clear. There is no false equivalency between Biden and Trump. Trump is the most corrupt President in history, while Biden is a run-of-the-mill creature of the Washington establishment. If Biden is the Democratic nominee, I will fight for him to become President and argue with my progressive colleagues, as I did for Hillary in 2016, that they must go all out to defeat Trump even if they’re not Biden fans.

The future of the nation and the planet is at stake. It would be a risky move for Democrats to nominate a wounded, softly corrupt Joe Biden. It could well result in a replay of Hillary’s defeat in 2016. Four more years of Trump is unthinkable.