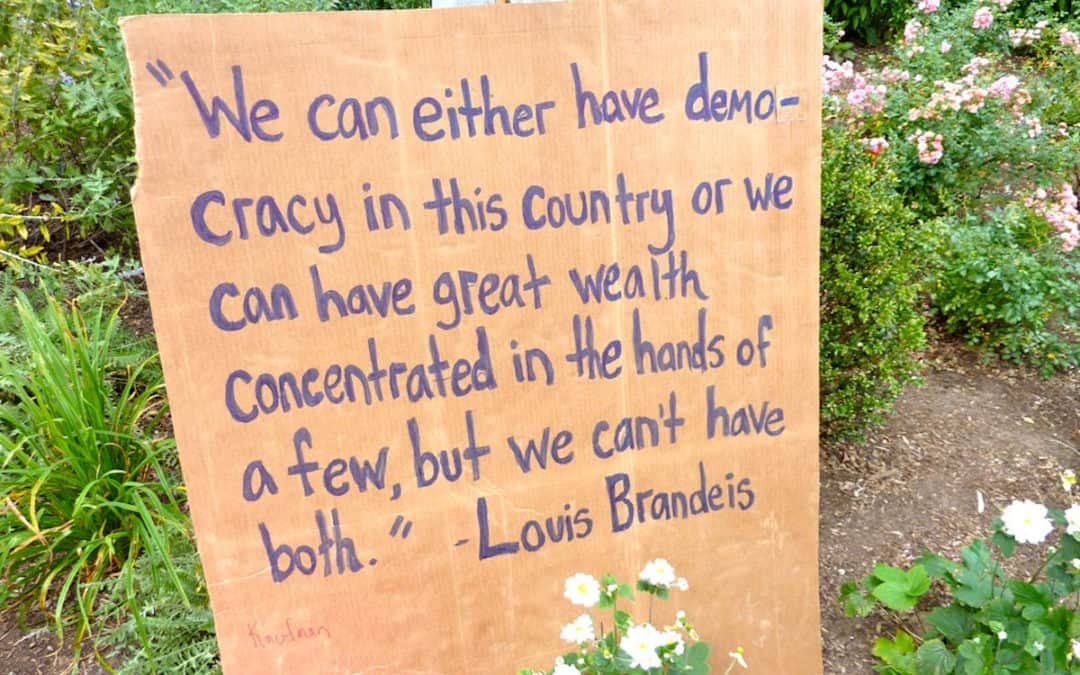 The weight of the wealth that sits at the top of America’s economic order isn’t just squeezing dollars out of the wallets of average Americans. That concentrated wealth is shearing years off of American lives.

The latest evidence for that squeeze on American wallets comes from the Census Bureau. Researchers there have just released results from their latest annual sampling of U.S. incomes. In 2018, the new Census stats show, incomes for typical American households saw a “marked slowdown.”

In effect, average Americans have spent this entire century on a treadmill getting nowhere fast. The nation’s median — most typical — households pocketed 2.3 percent fewer real dollars in 2018 than they earned in 2000.

The “vast majority” of American households, note Economic Policy Institute analysts Elise Gould and Julia Wolfe, “have still not fully recovered from the deep losses suffered in the Great Recession.”

America’s most affluent households have been having no such problem. Average top 5 percent incomes have increased 13 percent overall since 2000, to $416,520. The new Census Bureau figures, based on a sampling of U.S. households, tell us that top 5 percenters are now collecting 23.1 percent of the nation’s household income.

But these Census Bureau figures significantly understate just how much income America’s richest are annually grabbing, mainly because Census researchers “top code” high incomes to keep the identity of sampled deep pockets confidential. All incomes above fixed top-code levels get recorded at the top code. These levels have changed over the years, but the Census Bureau’s continuing reliance on top coding leaves us with figures that fudge the real extent of our inequality.

Analyses based on other data sources — like IRS tax return records — show that top 1 percenters alone are pulling down over 20 percent of America’s household income, essentially triple the top 1 percent income share of a half-century ago.

What impact is this top-heavy distribution of America’s income having on Americans of modest means? Increasing inequality, a just-released Government Accountability Office study makes clear, is killing many of us off before our time.

This new GAO research tracks how life has played out for Americans who happened to be between 51 and 61 years old in 1992.

Americans with household wealth that placed them in that age cohort’s most affluent 20 percent, the GAO found, did fairly well over the next two decades plus. Over three-quarters of them — 75.5 percent — went on to find themselves still alive and kicking in 2014, the most recent year with full stats available.

At the other end of the economic spectrum, a different story. Among Americans in the poorest 20 percent of this age group, under half — 47.6 percent — were still waking up in 2014. In other words, the poorest of the Americans the GAO studied had just a 50-50 chance of living into 2014. The most affluent had three chances in four.

“The inequality of life expectancy,” as economist Gabriel Zucman puts it, “is exploding in the U.S.”

The new GAO numbers ought to surprise no one. We’ve seen over the past quarter-century a steady stream of research studies that show consistent links between rising inequality and shorter lifespans.

And mortality trends in the United States reflect similar dynamics worldwide wherever income and wealth are concentrating. The more unequal a society becomes, the less healthy the society. The nations with the narrowest gaps between rich and poor turn out to have the longest lifespans.

The Government Accountability Office, an independent nonpartisan agency that services Congress, conducted its new inequality research after a request from U.S. Senator Bernie Sanders (I-Vermont). He draws a simple lesson from the GAO’s sobering new numbers.

“We must put an end to the obscene income and wealth inequality in our country,” Sanders noted after the GAO report’s September 9 release. “If we do not urgently act to solve the economic distress of millions of Americans, a whole generation will be condemned to early death.”