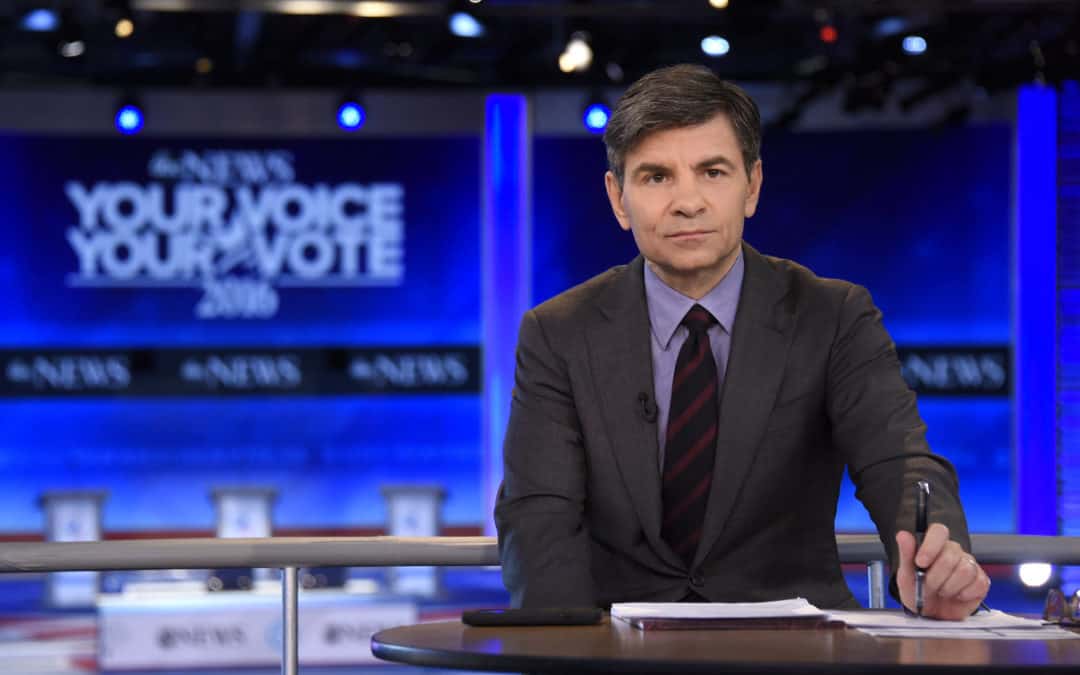 At the first two Democratic debates, the moderators from NBC/MSNBC and CNN based their questions about health care on Republican and corporate talking points. They acted as if the issue most people care about is the future of private insurance companies, rather than the best way for all Americans to have good healthcare without going bankrupt.

These debate moderators framed the healthcare debate as a question of "what Democrats will take away from people" - i.e., their current private insurance plans, if they have one - rather than what they will do to provide more people with better and comprehensive healthcare, whether in the form of single payer, a public option, or otherwise.

With the question is framed this way, Republicans hope to run in 2020 on the claim people will lose their healthcare under Democrats. This is a gaslit version of Democrats'  successful argument in the 2018 midterms, when they ran on the threat that Republicans would take away voters' health care by abolishing the Affordable Care Act.

Frankly, Joe Biden doesn’t help matters when he claims he just wants to protect the ACA, painting himself as the "reasonable alternative" to Elizabeth Warren and Bernie Sanders, who support Medicare For All. He compares them to Republicans who want to abolish the ACA.

If Warren or Sanders wins the nomination and Biden loses, I can already see the Republican attack ads quoting Biden that the Democratic nominee wants to take away Americans’ healthcare.

Will ABC/Univision continue this false framing in the third debate?

NBC moderator Lester Holt’s first question on healthcare in the first debate in June was “Who here would abolish private health insurance in favor of a government-run plan? Just a show of hands.”

Besides the idiocy of asking candidates to sum up their approach to a life and death issue that encompasses 20 percent of the American economy by a show of hands, the question was intentionally or ignorantly rooted in Republican and corporate memes.

This framing took for granted that the biggest healthcare issue is the future of private insurance companies rather than how to guarantee that all Americans receive quality healthcare. And by contrasting private insurance with the out-of-context phrase “a government-run plan,” it falsely implied that under Medicare For All, the government would control what doctors you can see, and which treatments they can prescribe - as if that’s not what private health insurers force their in-network providers to do now.

In the second debate, CNN moderator Jake Tapper gave Elizabeth Warren and Bernie Sanders 15 seconds to answer whether Medicare For All would raise taxes, without asking whether it would also abolish premiums.

Journalist Brian Beutler tweeted that the moderator questions were the “most bullshit framing of the most important issue to Democratic voters, and it’s the only framing mainstream journalists know how to bring to it.”

Thus far, it seems NBC, MSNBC and CNN have been more interested in escalating divisions among Democratic candidates to drive ratings than to bring clarity to healthcare or any other issue. By failing to speak clearly, they help Trump’s reelection chances.

What Should ABC Ask In The Third Debate?

Here’s a suggestion of how the ABC moderators of the third debate might frame the healthcare issue more fairly:

“Last year 27.5 million Americans lacked any health insurance and hundreds of thousands more filed for bankruptcy because they couldn’t afford their premiums, deductibles and co-pays of their private insurance. Do you believe all Americans should have access to quality affordable healthcare, and if so, what will you do to bring it about?”

Instead of highlighting divisions among Democrats on marginal, but explosive, aspects of expanding access to healthcare, the networks can frame the question in a way that allows for somewhat substantive responses, given the limitations of debate with 10 candidates on the stage.

Bernie Sanders and Elizabeth Warren could argue that Medicare For All is the only way to guarantee quality healthcare to all Americans, that it would cut most consumers’ aggregate premium and tax expenses, and reduce what America pays for healthcare per capita with better health outcomes.

If every other industrialized democracy can provide universal healthcare at lower cost, why can’t the United States?

Joe Biden and Amy Klobuchar could argue that Medicare For All is too expensive and would never pass the Senate and instead, The Affordable Care Act should be tweaked with the possible addition of public option.

Kamala Harris could argue for some kind of hybrid, which I would summarize if I understood it.

The point is that there would be the semblance of a debate on substance, rather than the ratcheting up of contentious side issues that that are aimed only at juicing ratings and effectively help Trump.

GOP operatives have been riding high on the entirely false meme that some Democrats want to outlaw private insurance. This is a lie, but the media repeats the frames they heard at the debates, making this false distinction appear to be the primary division among Democrats on health care.

As The Week reported,

No one really wants to ban all private insurance, not even Bernie Sanders… Sanders' Medicare-for-all bill doesn't ban private health insurance. What it does ban is any private health coverage that duplicates the coverage offered by the government. For example, if Sanders Medicare-for-all system covered hospital stays but not dental work, then private insurers would still be free to offer plans that cover dental needs. In fact, Medicare already bans any private insurers from offering the same coverage it offers. Canada's single-payer system does this too.

Democrats can debate whether Medicare For All or a public option tacked onto Obamacare is better policy and better politics.

But the NBC, MSNBC and CNN debate moderators have created a fake debate about completing outlawing private insurance, which no Democratic candidate - left, right, or center - proposes to do.

The rest of the mainstream media, which can often be lazy, has adopted this framing of abolishing private insurance or not as the biggest issue when it comes to healthcare. It only scares voters for no reason, and helps Trump’s reelection chances.

Let’s hope that tonight's moderators from ABC and Univision for the third debate - this means you, George Stephanopoulos, Jorge Ramos, Linsey Davis, and David Muir - will ask more more honest questions which clarify the issues, instead of ginning up false controversy.