Tax The Rich Before The Rest 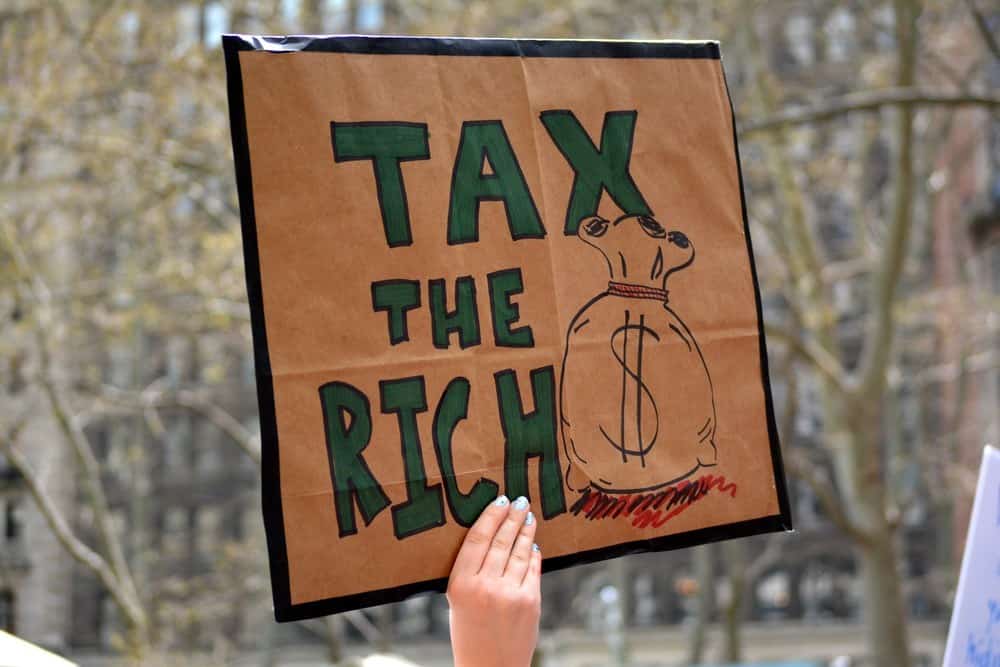 Presidential candidates should take a pledge: The middle class should not pay one dollar more in new taxes until the super-rich pay their fair share.

Already candidates are outlining ambitious programs to improve health care, combat climate change, and address the opioid crisis — and trying to explain how they’ll pay for it.

President Trump, on the other hand, wants to give corporations and the richest 1 percent more tax breaks to keep goosing a lopsided economic boom — even as deficit hawks moan about the exploding national debt and annual deficits topping $1 trillion.

Eventually someone is going to have to pay the bills. If history is a guide, the first to pay will be the broad middle class, thanks to lobbyists pulling the strings for the wealthy and big corporations.

Here’s a different idea: Whatever spending plan is put forward, the first $1 trillion in new tax revenue should come exclusively from multi-millionaires and billionaires.

Four decades of stagnant wages plus runaway housing and health care costs have clobbered the middle class. In an economy with staggering inequalities — the income and wealth gaps are at their widest level in a century — the middle class shouldn’t be hit up a penny more until the rich pay up.

The biggest winners of the last decade, in terms of income and wealth growth, have not been even the richest 1 percent, but the richest one-tenth of 1 percent. This 0.1 percent includes households with incomes over $2.4 million, and wealth starting at $32 million.

They own more wealth than the bottom 80 percent combined. Yet these multi-millionaires and billionaires have seen their taxes decline over the decades, in part because the tax code favors wealth over work.

This richest 0.1 percent receives two-thirds of their income from investments, while most working families have little capital income and depend on wages. But our rigged system taxes most investment income from wealth at a top rate of about 24 percent — considerably lower than the top 37 percent rate for work.

One way to ensure that the wealthy pay first is to institute a 10 percent surtax on incomes over $2 million. This “multi-millionaire surtax” would raise nearly $600 billion in revenue over 10 years, according to an upcoming study from the Tax Policy Center.

The surtax would apply to income earned from work (wages and salaries) and to investment income gained from wealth, including capital gains and dividends. So those with capital income over $2 million would not get a preferential tax rate.

The multi-millionaire surtax is easy to understand, simple to apply, and effective — because it covers all kinds of income, making it difficult for the wealthy to avoid.

And it is laser focused on the super-rich. Anyone earning below $2 million a year will not pay a dime.

As a nation, we will need to raise trillions to protect Social Security, Medicare, and Medicaid, and to address urgent priorities such as health care, climate change, child care, higher education, opioid addiction, and more.

The middle class should have 100 percent confidence that they won’t be asked to pony up until Wall Street speculators and billionaires pay the piper.  A multi-millionaire surtax is a good first step.

Chuck Collins directs the Program on Inequality at the Institute for Policy Studies. This op-ed was distributed by OtherWords.org.