All Is Not Lost To Climate Catastrophe 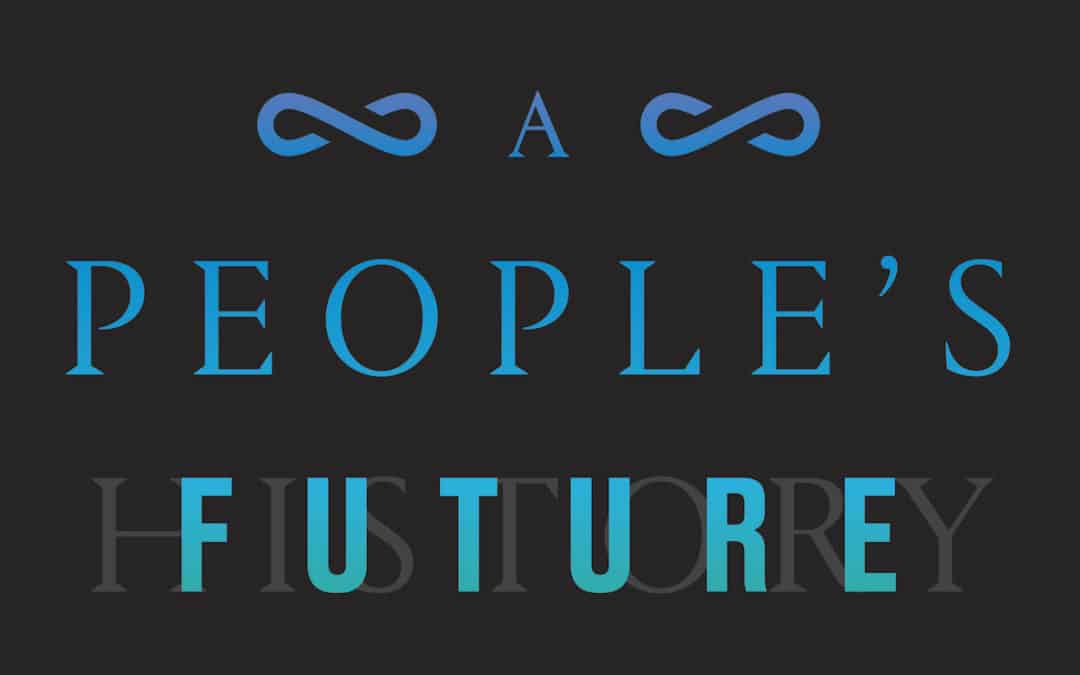 Reeling from grim news about climate change, I took a break this summer to recharge my own batteries and see if today’s best speculative fiction writers could imagine us into a better future. There is a growing genre of climate science fiction, or “cli-fi,” which features prominently in A People’s Future of the United States: Speculative Fiction from 25 Extraordinary Writers, a new volume edited by Victor LaValle and John Joseph Adams.

As a fan of this genre, I found myself revived by what longtime climate activist Bill McKibben calls “the flow” of inspiration when reading what these authors propose about what could be, if we are bold enough to reimagine the future. Their call to imagination is restorative. All is not lost, their brilliant visions suggest, even if our climate catastrophe feels insurmountable. The human spirit has not perished.

LaValle and Adams put forward a bold call: “We are seeking stories that explore new forms of freedom, love, and justice: narratives that release us from the chokehold of the history and mythology of the past…and writing that gives us new futures to believe in.”

Two common themes strike me in the work of these twenty-five authors. First, there is no escaping the apocalypse that is already upon us - the climate catastrophes Wallace-Wells and McKibben survey grimly. It appears that even if you can paint the future, you can’t escape the present.

But the second theme is more optimistic: with imagination we just might rise to the challenges of survival, healing, reparations, and repair, even now.

The magical thinking in O.1 by Gabby Rivera is liberating, even though she tells the harrowing story of the first birth after a genocidal climate catastrophe. Rivera reminds us that sometimes you just have to let yourself dream.

IMBALANCE decimated 40 percent of Earth’s population, hitting the 1 percent first and devouring the rest of the world one consumer at a time. Never in the collective imagination could we, humans, have prepared for a sentient bacterium that preyed on white-supremacist greed. It destroyed the lives we’d known and effectively neutered us. IMBALANCE is the reason my folks got pregnant. You should know that part. The sentient bacterium, birthed of Mother Earth, evolved enough times to affect reproduction forever. As it sought out greed and excess, the bacterium learned to affect life and only allow it to bloom where there was compassion, empathy, and real love between peoples.

What if solving the climate emergency was not just up to humans (though we certainly created it)? That future is imagined in the more light-hearted Good News Bad News by Charles Yu.

Early talks have been fruitful, most likely due to the presence at the summit of the G200’s newest members: delegates from Kingdom Plantae, the world’s first nation-state of sentient trees. Trees are demanding major changes in the relations between flora and fauna. “We’ve long been silent in the face of unspeakable acts. Deforestation. Clear-cutting. Toxins in the soil,” said Eondo’or, an eighty-foot, six-hundred-year-old redwood and senior representative to the U.N. for Kingdom Plantae. “Not to mention getting peed on by drunk people.” “Here’s the thing,” Eondo’or added. “We definitely outnumber you. Also, you need us for food, shelter. Also carbon removal,” he said. “Also oxygen.”

It may come to the reality that A. Merc Rustad imagines in Our Aim Is Not to Die, but even then hope rises.

It begins with one person, a stick figure, who holds up a sign in front of a courthouse. DON’T TAKE OUR RIGHTS AWAY, says the sign. The person is arrested. Two more people take their place. They too are arrested. More people arrive, holding signs. Some also are holding phones. From the phones flows a datastream: ones and zeroes forming arrows. The code slips into the courthouse. Police arrive and shoot the people with signs. Still more people come, holding up phones. PURGE displays on the screens... It sweeps them offscreen and then becomes a bridge, connected from the feet of the people to two words in the distance: OUR FUTURE.”

In Read After Burning, Maria Dahvana Headley shares a magical story of resistance and memory as people struggle to hold their histories in the face of oppression.

Whenever the path forward is not clear and we lack inspiration, we should stop and listen to the voices of and stories of women, people of color, indigenous people, workers, non-binary people, young people, and the people who have paid for the climate emergency coming and going. They can still imagine our future, and so can we. Let’s do that now.

This is part two of two posts adapted from an article first published at SocialPolicy.org. To read the full text, click here.

James Mumm is campaigns director for Greenpeace USA. He was formerly the chief innovation officer for People's Action, a national network of grassroots groups dedicated to putting people and planet first.