The Climate Mood Is Grim, Folks 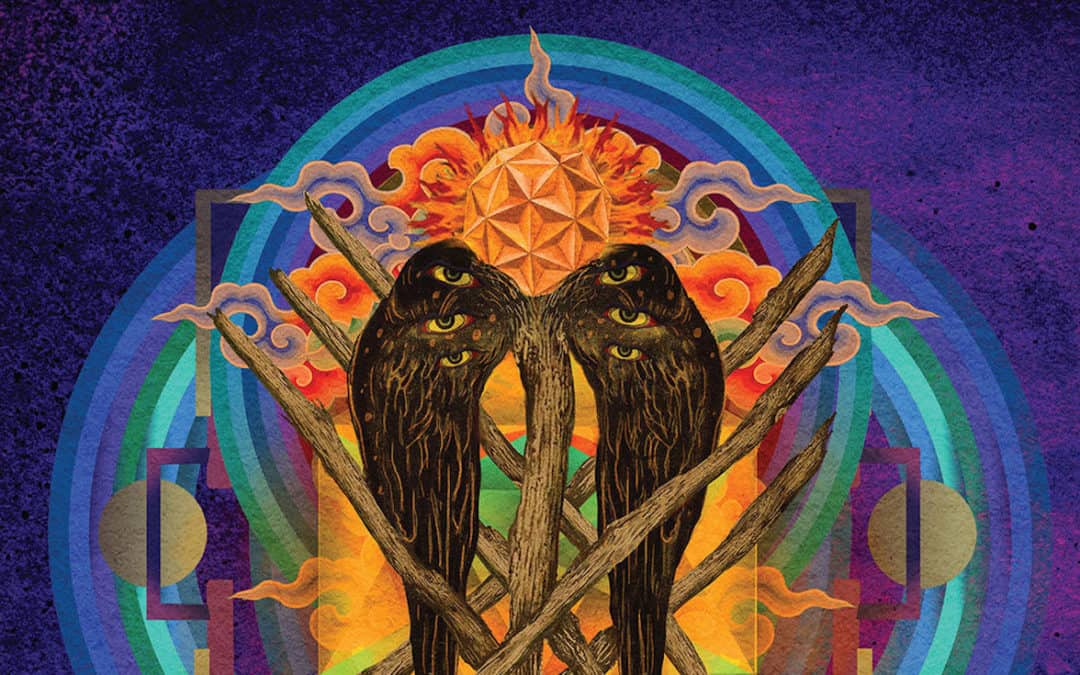 I listen to a lot of very heavy Doom Metal music, and let me tell you - it feels a lot more hopeful than what our most insightful climate writers have to say right now.

Their mood is grim, folks. They fear the game of life is up.

In other words, no one is coming to save you. Or your kids and grandkids. Or the planet. We are the generation that must save ourselves and our world.

That’s our climate emergency in a nutshell. And that is actually the good news. Now for the bad news.

“It is worse, much worse, than you think,” writes David Wallace-Wells in The Uninhabitable Earth: Life After Warming.

He continues with writing that is almost too elegant for the brutality of his subject matter.

The slowness of climate change is a fairy tale, perhaps as pernicious as the one that says it isn’t happening at all, and comes to us bundled with several others in an anthology of comforting delusions: that global warming is an Arctic saga, unfolding remotely; that it is strictly a matter of sea level and coastlines, not an enveloping crisis sparing no place and leaving no life undeformed... that there is any analogue to the scale or scope of this threat, in the long span of human history, that might give us confidence in staring it down. None of this is true.

I can’t quote the entire book here, but you get the picture.

Bill McKibben, whose perspective on climate change has been honed over decades of unrelenting activism and scholarship, expresses a similar sense of terror and exasperation in Falter: Has the Human Game Begun to Play Itself Out:

Put simply, between ecological destruction and technological hubris, the human experiment is now in question...And—to kvetch and whine a little further—because of the way power and wealth are currently distributed on our planet, I think we’re uniquely ill-prepared to cope with the emerging challenges. So far, we’re not coping with them.

Read together, Falter and The Uninhabitable Earth take us from warnings about climate change into the unfolding climate emergency that is already upon us.

“This is what is meant when climate change is called an ‘existential crisis,’” Wallace-Wells explains, “a drama we are now haphazardly improvising between two hellish poles, in which our best-case outcome is death and suffering at the scale of twenty-five Holocausts, and the worst-case outcome puts us on the brink of extinction.”

Both books lay out our climate emergency’s primary elements: water, fire, heat, and wind, and the devastating interactions between them, the consequences of which we are just starting to understand.

But wait - that’s not even the worst news.

McKibben does a masterful job shedding light on the corporate-conservative, Radical Right conspiracy that captured government and has stymied public efforts to address the climate emergency in the United States. He digs deep into the ideological framework of the Western white male elites who found comfort and safe harbor in the hyperindividualism championed by the Libertarian philosopher and novelist Ayn Rand.

McKibben traces “the most consequential lie in human history:” Exxon’s efforts to “emphasize the uncertainty” in the scientific data about climate change to undercut Dr. James Hansen’s Congressional testimony on global warming in 1988.

Within a year, Exxon, Chevron, Shell, Amoco, and others had joined together to form what they called the Global Climate Coalition, to coordinate business participation in the international policy debate on climate change... Bush’s pollster, Frank Luntz, further emphasized this point:  ‘Should the public come to believe that the scientific issues are settled, their views about global warming will change accordingly. Therefore, you need to continue to make the lack of scientific certainty a primary issue in the debate.’

Yes, the really, really bad news from these authors is that the crisis we are in was preventable. We had the science, and enough time to address the crisis. But the Radical Right’s seizure of power prevented action then, and they continue to push us to the brink of extinction.

The Radical Right decided in the early 1970s they needed to pursue a path to governing power, not just maximizing profits. They organized down the pathways of deregulation, privatization, money in politics and attacks on us (workers, people of color, indigenous people, women, poor people, immigrants, refugees, asylum seekers). They captured government and its rule-making and regulatory apparatus to remove any and all limits on their desire to profit from extractive industries.

We cannot underestimate the centrality of racist panic and white supremacy to the Radical Right in winning and maintaining governing power. Wallace-Wells explains, “Beginning in 2011, about one million Syrian refugees were unleashed on Europe by a civil war inflamed by climate change and drought—and in a very real sense, much of the “populist moment” the entire West is passing through now is the result of panic produced by the shock of those migrants.”

As the climate emergency escalates, the Radical Right is moving from climate change denial or obfuscation to outright xenophobia and racism to maintain its hold on the levers of power. The climate emergency was born of genocide, slavery, colonialism, exploitation and white supremacy. The stolen wealth of fossil-fuel capitalism has been twice paid by slaves, low wage workers and the Earth through labor and resource extraction and now climate change.

The climate induced refugee crisis is a throughline from Syria to Guatemala, and one that is only beginning. “The U.N. projections are bleaker: 200 million climate refugees by 2050....The high end of what’s possible in the next thirty years, the United Nations says, is considerably worse: “a billion or more vulnerable poor people with little choice but to fight or flee.” A billion or more.”

What, then, should we do? To Wallace-Wells, the only possible solution is unconditional solidarity, on an unprecedented scale. “If you had to invent a threat grand enough, and global enough, to plausibly conjure into being a system of true international cooperation,” he says, “climate change would be it—the threat everywhere, and overwhelming, and total.”

McKibben, too, attempts to turn the corner toward hope and solutions: in Greta Thurnberg’s school strikes, Extinction Rebellion, the Sunrise Movement and the Green New Deal, McKibben finds hope in the new energy of young people organized in nonviolent movements, and urges us to join and follow them.

The big solution McKibben offers is solar power, and the massive job-creating and hope-filled undertaking to move away from fossil fuels and other drivers of climate change toward renewable energy that benefits the Global South and people on the frontlines of climate and energy crises.

Neither Wallace-Wells nor McKibben perfectly nail this landing. Wallace-Wells oscillates between cynicism and cautious hope, and McKibben laments, “I do not know that we will make these choices. I rather suspect we won’t—we are faltering now, and the human game has indeed begun to play itself out.”

Surveying this landscape, one can easily feel crushed by despair. Or, you can feel energized by the responsibility our generation has to get this right.

This is part one of two posts adapted from an article first published at SocialPolicy.org. To read the full text, click here.

James Mumm is campaigns director for Greenpeace USA. He was formerly the chief innovation officer for People's Action, a national network of grassroots groups dedicated to putting people and planet first.